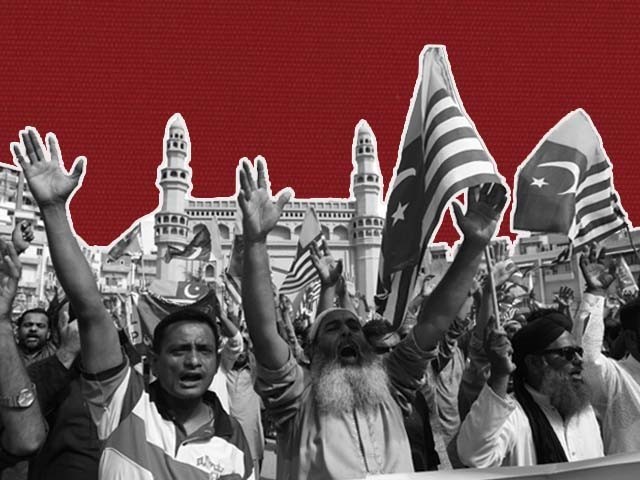 It has been more than 100 days since India revoked Kashmir’s special status. The Pakistani population, virtually down to every single citizen, is unequivocal about its opinion on the matter and there’s also a section of Indians that have criticised their government’s actions. One of the best examples of this was the manner in which Iltija Mufti (daughter of the former chief minister of Indian-occupied Jammu and Kashmir, Mehbooba Mufti) recently criticised the clampdown. Iltija, who is a Kashmiri native and considers herself an Indian citizen, quite eloquently outlined, in even more detail than the leadership in Pakistan, exactly what was happening in Kashmir. From abductions, to rapes, to blinding by pellet guns, to the implications of the clampdown and the hypocrisy of the Indian government by giving other examples of states that still enjoyed special constitutional privileges. The moderator, however, showed an eerie lack of empathy and laughed at some of Iltija’s comments as the audience applauded him on, indifferent to the suffering she had brought to their attention.

A particular statement which really stuck out to me from the entire conversation was as follows:

“The leadership of my state acceded to India or Pakistan? Who abrogated Article 370? India or Pakistan? Why do you attach Pakistan to everything a Kashmiri says? If I talk about what’s happening in Kashmir, I get labelled a Pakistani sympathiser and anti-India. How long will you keep using the Pakistani Card? Isn’t that a matter of convenience?”

Patriotism, at its core, essentially involves a sense of pride which is completely unearned. We do not choose where we are born, yet many of us connect a sense of love and attachment with it – and a great deal of bias as well. Often it is difficult for people to identify the faults in, and criticise their own government because of this baseless pride and inherent bias. One need only look at how we as a nation disregard certain aspects of our own history to understand the prevalence of this phenomenon.

For instance, Operation Searchlight was carried out in 1971 to curb an ‘India-backed’ uprising in East Pakistan, now Bangladesh. In the aftermath of this and the war which followed, there were claims of massive civilian casualties and rape. Politicians from West Pakistan had long been allegedly exploiting East Pakistan economically and had also attempted to undermine the results from the 1970 election. Pakistan set up the Hamoodur Rahman Commission to look into these claims but the findings were not declassified till about 30 years later. When they were finally uncovered, the death toll was said to be 26,000, which was well below the figure reported by other sources, and the blame was prominently placed on India.

Therefore, when this subject is generally debated in Pakistan, anybody who tries to talk about civilian casualties, political exploitation or rape is often branded a liar, an Indian agent, or anti-Pakistan. Exactly the way Iltija was shut down in India for speaking against the Indian government and army.

There isn’t a single innocent country on this planet and no nation can claim to have a flawless track-record. The leaders of many countries often support noble causes internationally but refuse to comment on human rights abuses happening on their own turf or in other nations of strategic and economic interest. As a result, this makes the initial concern for a violation of human rights less sincere.

India has currently caged eight million people, cut them off from the rest of the world and stripped them of their rights. Understandably, Pakistan criticises this and Prime Minister Imran Khan said that “the material has taken priority over the human” while discussing the lack of outcry in the global community. But it begs the question as to how the lack of international outrage is any different from Islamabad not condemning the ‘re-education’ camps in China which are torturing more than a million Muslims? Imran refused to make a statement against this because of Pakistan’s alliance with China, just like India’s trade partners are reluctant to comment on the issues currently plaguing Indian-occupied Kashmir (IoK).

This selective outrage undermines even genuine attempts to bring to light serious issues and is a problem across the globe. A lot of heads of state mean well, and I understand that in politics sometimes hands can be tied, but this issue of ignoring your own faults has taken root amongst the masses too. Pakistan blames India for terrorist attacks in Balochistan and India blames Pakistan for insurgency in IoK. But if an Indian tries to talk about human rights violations by the Indian army in IoK, then they are labelled an anti-national or an ISI agent, and if a Pakistani tries to talk about alleged deprivation and alienation of the Baloch or the Pashtuns, they are called anti-state and a RAW agent.

You can be proud of your country and love your country and still call a spade a spade. That for me is what defines a true patriot. Only when one conducts an unbiased, independent analysis of the facts, from all available sources, can one hope to uncover a truth which is stripped of any historical or national bias. If I kept my Pakistani hat and my Pakistani glasses on at all times and only used Pakistani sources to understand Pakistani history, then more often than not I will see a vastly different picture than the rest of the world. Hence, it is not surprising to see the majority of Indians turning a blind eye to the situation in IoK.

We need to have an open conversation about the mistakes we may have committed in the past and make sure justice is carried out indiscriminately and atrocities, if any, are stopped – only then we will have the higher moral ground from which to criticise other nations for violating international law and human rights. If we own up to and address our own mistakes and then call out what India is doing in Kashmir our voice will have greater resonance on the world stage.

Until we as a nation choose to do that, our complaints will fall by the wayside. Kashmiris will continue to suffer and our outcry will continue to seem disingenuous and politically motivated. Eight million people have been locked up like animals by 900,000 troops and the world continues to watch in silence. If our justifiable anger over such issues is to be taken seriously around the world then it is imperative that we as a country own up to our own human rights record, otherwise we will continue to yell only into the void.