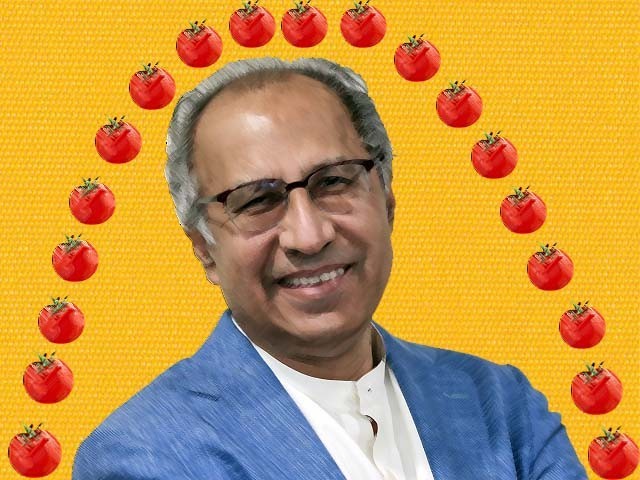 In an attempt to tackle the rising prices of vegetables and fruits in Pakistan, the government finally caved in on Wednesday and allowed for tomatoes to be imported from Iran. The Pakistani masses have been bearing the brunt of the nation’s economic woes, but that burden has been worsened recently after the prices of tomatoes began to rise due to faulty economic polices and bad weather which adversely impacted harvests. But perhaps this desperate reaction to reach to Iran for some much needed tomatoes was the result of Abdul Hafeez Shaikh’s, the prime minister’s financial adviser, much ridiculed gaffe earlier in the week. One would be willing to brush his comments aside as a momentary faux pas had he not been so adamant that one could indeed purchase tomatoes for Rs 17 per kilo, much to the surprise of the reporters present, and indeed the entire nation. It appears that the backlash those comments received has awoken the government from a deep slumber and made them realise that the rising prices of tomatoes is no laughing matter.

But this decision by the government to import tomatoes from Iran in the hopes that it will help remedy the current shortage is no epiphany on part of the nation’s policymakers. Traders in Pakistan had been calling upon the government for the past few days to turn to Pakistan’s neighbours in the west for some possible assistance in this matter. It has been reported that the tomatoes Pakistan has been importing from Afghanistan have helped tackle the demand in the northern region of the country, however, other parts of Pakistan continue to face shortages and steep prices. The government has allowed the import of tomatoes from Iran to take place for a period of one month, but it is unclear as to how effective this policy will be in alleviating the current quandary the Pakistan Tehreek-e-Insaf (PTI) government finds itself in on the economic front.

The simple truth of the matter is that tomato harvests in Sindh and Balochistan have been insufficient, as a result of which the produce from Punjab experienced a rise in demand. Hence, this meant that the supply simply could not match the demand, making the skyrocketing of tomato prices and inevitability. Additionally, rising tensions with India have meant that tomato imports from there have crawled to a standstill, thus only further exacerbating an already complicated problem. Although the government has stated that a fresh crop of tomatoes from Sindh will provide some much needed relief in the coming weeks and lead to the lowering of prices, the current tomato predicament brings to the fore some rather alarming concerns.

Evidently, how gloriously ill-informed Shaikh is about the economic woes plaguing the country is emblematic of a government which is clearly unaware of just how much the masses are suffering at the hands of poor economic policies which rely on reactionary measures to curb long festering issues. If our policymakers are so far removed from the realities which confront the citizens of the nation on a daily basis, what hope is there of them being able to identify and remedy these problems? The economic gulf which currently exists between the people of the country and those who claim to represent them in the corridors of power has resulted in a complete lapse in communication. For many in the country, the largest chunk of their disposable income is spent on the procurement of food, which is why increasing food prices further eat into their already limited income. Evidently, Pakistan’s policymakers face no such hardships in their households, thus allowing them to turn a blind eye towards the plight of the masses.

If Iranian tomatoes can temporarily come to Pakistan’ s rescue and whether or not an influx of tomatoes will actually emerge from Sindh remains to be seen, but the entire tomato fiasco has shown that the PTI government is wholly unaware of the crisis currently confronting the common man. Given their obliviousness, it is unlikely that they can adequately identify the nations’s problems, let alone solve them.

The writer is currently working for an NGO in Balochistan.

Why is lifting the ban on student unions important?