At what cost is Thar being ‘developed’? 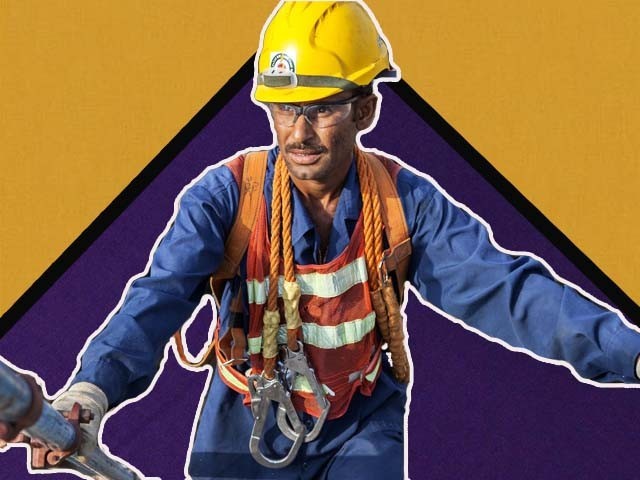 Bilawal Bhutto Zardari visited Tharparkar two weeks ago. He addressed a huge gathering near Main Bypass Road Islamkot, stayed the night at MNA Mahesh Kumar Malani’s residence in Mithi, visited Thar Coal Block One and Two on the second day of his visit and then departed for Karachi. Did he miss something in all of this? Yes, he did. On the very same evening when he was on stage addressing the thousands of people gathered in Islamkot, a group of indigenous Tharis were protesting in front of the Islamkot Press Club. Although the two venues were not far from each other, the loud slogans of ‘Jiye Bhutto’ drowned out the painful cries of the locals.

The protest at Islamkot Press Club was called by the Bheel Intellectual Forum (BIF) to notify the Pakistan Peoples Party (PPP) leadership about the rights of the local communities and the injustices carried out by the mining companies busy excavating coal in the region. It is important to mention here that the protest by the local Bheel community was apolitical, which is why protestors present belonged to various groups, such as the Sindh Kolhi Itehad (SKI), Qaumi Awami Tehreek (QAT), local representatives of Pakistan Tehreek-e-Insaf (PTI), Awami Tehreek, Sindh Tarki Pasand Party (STP), Awami Jamhoori Party (AJP), Megh Samaji Sath, and locals from some villages in the vicinity also participated.

Sino Sindh Resources Limited (SSRL) has been carrying out mining work at Thar Coal Block One in Islamkot since 2017. In collaboration with SSRL, another Chinese company, Shanghai Electric, has been constructing a power house at the same block since last year. Shockingly, this company has no operational Corporate Social Responsibility (CSR) department in the area which can address the grievances and fears of the locals. Many residents in the region have faced hardships due to problems which arose after they were told to resettle somewhere else so that mining work could be carried out. So far, hardly two to three meetings have been conducted by the company officials with local villagers to talk about these concerns, all of which remained unproductive since the questions posed by the locals remained unanswered.

The area Thar Coal Block One will ultimately cover will be over 150 square kilometres, so it’s a foregone conclusion that many villagers whose homes fall in this area will be told to vacate their premises in the near future. What will the sentiments be of those people who have to leave their ancestral villages where they have lived for years? Bhave Jo Tar, Warvai, Talwayo, Khario Ghulam Shah, Shehmir Vikia and Mahve Jo Tar are some villages which may be relocated by the companies working in Block One, but it is still unclear where the residents of these villages will be told to go. What relocation plan and compensation will the company present? No information with regards to this has been made public yet. Each of these villages, on average, has around 500 households at least, which is why this impending relocation could present a potential catastrophe which must be addressed immediately. According to Ratno Kolhi, a 62 years-old man who lives in Bhave Jo Tar:

“We have been dwelling on livestock and agriculture for years and that’s the only source of survival for our barefooted lives. During rainy seasons we used to cultivate our lands while our animals use to graze in our lands freely, but what will happen if these activities are restricted? It’s our end.”

Bhave Jo Tar’s 400 acres of land has already been used for resettlement purposes by the company operating Thar Coal Block Two, while around 1500 -2000 acres of land south of this village has been captured by the companies working at Thar Coal Block One. In the Kolhi Mohalla of the village, which has around 153 households of the Kolhi community, there are hardly two to three toilets in the entire locality, which is why the majority of the people use the nearby wilderness as a substitute. But since these mining companies have essentially colonised the area, the Kohli’s have in effect been forbidden from entering that area too since Bhave Jo Tar has now been enclosed from two sides. Roughly 200 feet south of the village is the boundary wall of Shanghai Electric’s powerhouse, while a 100 feet to the west is SSLR’s boundary wall. There are two to three watchtowers on both boundary walls where guards remain perched for 24 hours, so there is an issue of privacy, particularly for women, who don’t have toilets in their homes.

Furthermore, the locals have largely been neglected with regards to recruitment for Thar Coal Block One, despite the fact that unemployment has been the one of the major issues for the people of this area. If their resources have been captured, surely they should at least be provided with employment opportunities in return so that they can support their poverty stricken families. Thus far, the majority of people working for the Thar Coal Block are outsiders, while not a single Thari has been employed in Shanghai Electric. Some residents of Tharparkar have been employed at the SSRL but that too only as labourers.

The arrival of these mining companies has therefore threatened the very existence of the locals and the land. Sand dunes have been transforming into concrete buildings, villages are on the verge of being wiped out, lands where once locals used to do agriculture have been stripped away from them, there are few fields left for locals to graze their livestock, and increasing pollution endangers the lives of indigenous animal and birds. Therefore, the question is, at what cost is this ‘development’ coming and how will the state address the concerns of the people of Tharparkar?

The writer works in Mithi and writes about the social and environmental issues of Sindh. He tweets @mabas_khaskheli (twitter.com/mabas_khaskheli)

How locusts and water scarcity are destroying Sindh’s crops