What does the future hold for Kashmir? 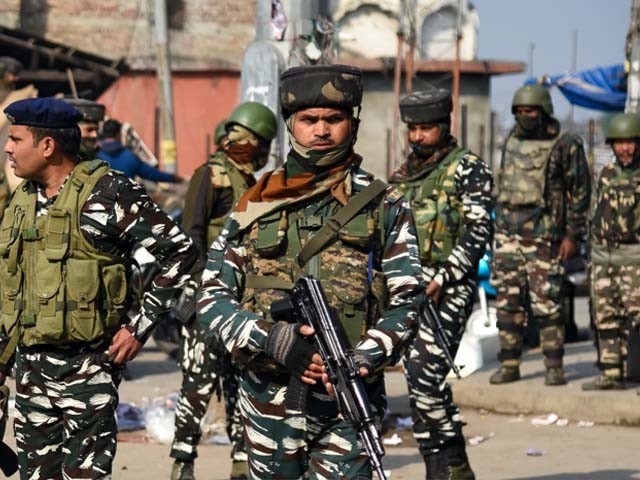 The ‘Jammu and Kashmir Reorganisation Act’ put forward by the Indian Minister of Home Affairs Amit Shah, occupies a central role in the deteriorating bilateral relations between the nuclear–armed neighbours and the worsening domestic conditions in the region. Pakistan’s demands for justice against the human rights violations in Indian-occupied Kashmir (IoK) is being spearheaded by Prime Minster Imran Khan, who has termed India’s actions “a war crime” and a violation of 17 United Nations Security Council resolutions. While little headway is being made to restore the previous status quo, Imran’s efforts have materialised with six lawmakers from the United States Congress pressing the Indian Ambassador to the United States Harsh Vardhan Shringla on detaining civilians under the Public Safety Act and members of the press accessing the region. In a similar vein, the United Nations Office of the High Commissioner for Human Rights urged Indian authorities to “unlock the situation and fully restore the rights that are currently being denied.”

Moreover, China’s stance towards India hardened last week with Foreign Ministry spokesman Geng Shuang opposing India’s inclusion of some of China’s territory into its administrative jurisdiction and deploring the act as a challenge to China’s sovereignty and interests. China’s signalling to India’s expansionist agenda through the Kashmir region is well–founded and poses geo-strategic concerns that Pakistan may face in the coming years. On August 6th, Amit Shah categorically stated in the Lok Sabha session that, “Kashmir is an integral part of India, there is no legal or constitutional doubt over this.” His remark was followed by an addendum where he highlighted that his reference to Jammu and Kashmir has always included, in his words, “Pakistan-Occupied Kashmir and Aksai Chin (Chinese-administered Kashmir).” Invariably, the statement was met with applause from supporters of the Indian government. Only a few days later, the same sentiments were echoed by India’s Minister of Defence, Rajnath Singh, at a rally, where he stated that future talks with Pakistan would only be about Pakistan-administered Kashmir.

Less than two weeks after Singh’s incendiary remarks, India’s Vice President Venkaiah Naidu echoed Singh’s remarks and stated that the only talks with Pakistan would be about Pakistan-administered Kashmir. But Naidu went a step further and emphasised that “something that remains to be discussed is the handover of the remaining parts of Kashmir.” How the scope of negotiations escalated to the notion of ‘handing over’ territory reveals a lot about the workings of the Bharatiya Janata Party (BJP). However, the proverbial cherry on top of this incrementally developing posture was put by India’s Minister of External Affairs Subramaniyam Jaishankar on September 17th in a press conference in New Delhi when he said, “Our position on Pakistan-occupied Kashmir has always been and will always be very clear, that is a part of India and we expect one day that we will have physical jurisdiction over it.”

Like China, Pakistan can perceive such activity by the BJP government as a threat to the country’s sovereignty and interests. The narrative prepared by the far-right political organisation Shiv Sena, as was elaborated in their mouthpiece publication Saamana, emphasises the revocation of Article 370 as a step closer to the dream of Akhand Bharat or Undivided India. The publication espoused that the BJP government rightfully aspired to integrate Azad Kashmir, as well as the neighbouring country as a whole. Last week, the Survey General of India released new maps of the union territories of Indian occupied Jammu and Kashmir and Ladakh, which have been assimilated into the map of India. What further showed the BJP government’s territorial overreach was the fact that Pakistan’s regions of Gilgit-Baltistan were included “within the territorial jurisdiction of India.” The response from Pakistan’s Foreign Office termed the maps as “incorrect, legally untenable, void and in complete violation of the relevant United Nations Security Council resolutions,” thus placing Pakistan on a stronger footing to defend its sovereign territory.

Although ideology and history are put forward as primary justifications, the BJP’s motivation can also be perceived as aiming to fulfill the economic ambitions of a rising regional power. The occupancy of this particular territory permits access to the Afghan market and a $2.5 billion oil route, not to mention key supply lines to Asia and access to essential water resources. Pakistan has much to gain by successfully leveraging these resources and should endeavour to further develop economic alliances within the region. Moreover, the Director General of the Inter-Services Public Relations (ISPR) Asif Ghafoor laid out a cursory programme of Pakistan’s conflict spectrum in dealing with Indian aggression in the region. It is imperative for the government to follow his advice and exhaust all diplomatic options before fighting a war becomes a compulsion and not a choice. In this regard, the support expressed by international bodies in response to Imran’s diplomatic efforts is a positive precedent to follow and build upon in order to ensure a peaceful resolution to Indian hostilities in IoK.

The writer is a researcher from the University of Oxford and a board member of The Oxford Guild. He currently researches about Pakistan’s foreign policy and security strategy at the International Institute of Strategic Studies (IISS) in London. He tweets @aliarsalanpasha (twitter.com/aliarsalanpasha)