The importance of preserving the Karoonjhar Mountains 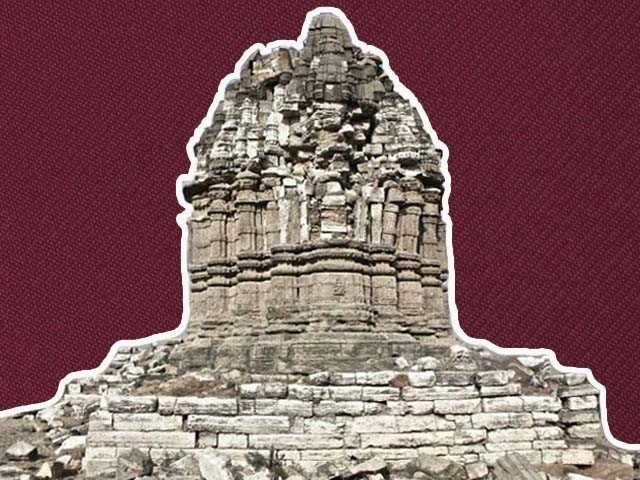 A Jain temple located in Karoonjhar.

At a glance, every stone is carved by nature in such a way that it feels like a face. The entire range of rocks form the scenery of a beautiful and thriving village, with all of these innocent faces simply staring back at us as we tear them away. For those who are concerned with only blind ‘development’, this region serves as nothing more than a source of profitable granite. But for the natives of Thar and Parkar, their own mother’s milk is being snatched away from them as they helplessly watch her rapidly falling apart.

The term ‘Karoonjhar’ is an amalgamation of two Sindhi words; karo, meaning black, and jhar, meaning dots. The mountains are located in Nagarparkar, Sindh and some specialists say that the rock formations could be approximately 3.5-5 billion years-old. Apart from holding this geographical importance, the region holds great archeological significance too. In the words of Arif Hassan, one of Pakistan’s most prominent researchers, planners and architects:

“The hills are pinkish in color and very dramatic. They have lovely scenic spots in them including springs of which two (Anchleshwar and Sardharo) are well known because of the important Hindu shrines there and the local folklore associated with them.” 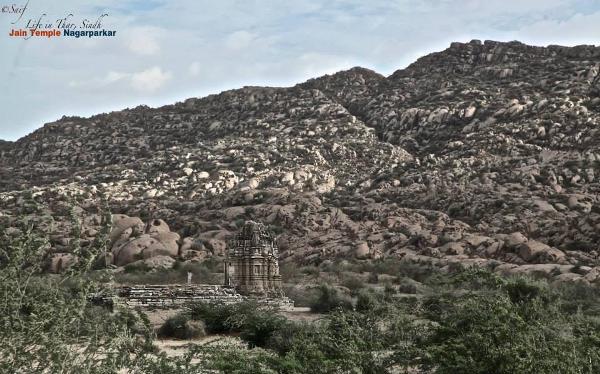 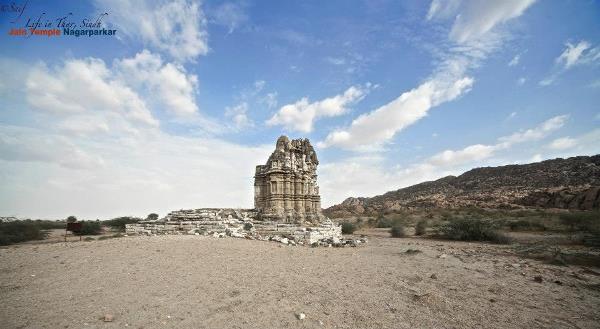 Shaikh Ayaz, a Sindhi poet of world repute, visited the mountains in the 1960s and declared that Karoonjhar symbolised the freedom of human thought and mysticism. As a tribute to the land, he penned the following couplet:

“O Lord! Nothing can be higher than peacocks singing in Karoonjhar and the clouds of the monsoon responding to their cries.”

The mountains are a glistening point of many mythological treasures like the folktale of Parasar, the story of Sadwant and Saranga, Hothal pari and Odho Jam, Bherio garori, and Moondre ji sati phool. This region was also explored by Mahmood Begarrho, Khuwarzam Shah and the British. Because of the rich history and cultural significance of this region, natives consider these mountains to be their innate source of resilience and free thinking. One can find the stunning 16th century Jain Gori Temple, Bhodesar Talao, Sardaro, Anchlechure, Gao mukhi, Punraj gadr, Chandan gadr, Bhaun jo bheesro, Jharno and Bhaunro, Marvi jo koonh (Marvi’s well), and right at the foot of the Karoonjhar Hills, and another domed marble structure, the Bhodesar Mosque. Many locals, regardless of their religion, hold the hills to be a very sacred place. Hindus here consider it to be the second holiest place after the Ganges river and many Hindus perform their funeral rites, antyesti, at the Karoonjhar springs. 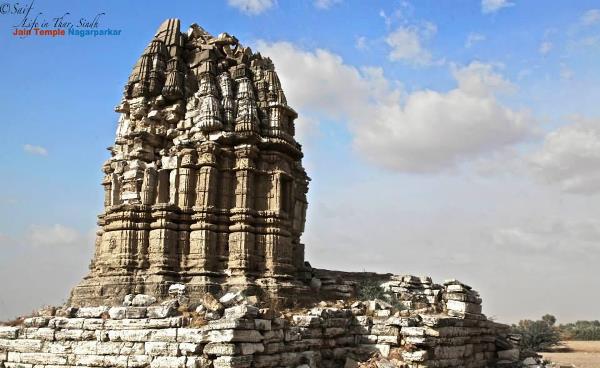 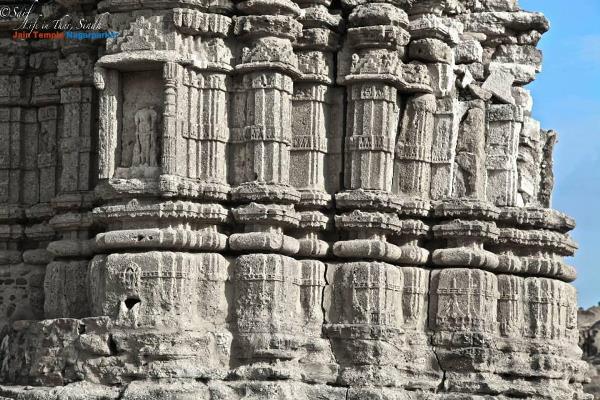 Just like the scene Ayaz painted in his above mentioned verses, these hills are not only precious for the natives but for the animals too. The place provides a safe refuge for peacocks, endangered deer, jackals, wolves, and hyenas, while also boasting a wide variety of flora and fauna, which, much like the locals, appear to have found deep roots in every pore and each rock of Karoonjhar. The indigenous people of Nangar Parkar have embraced these hills so wholly and for so long that Karoonjhar now resides within them. The intense emotional association people have with this region is narrated in a popular local tale which narrates the story of Kaisu Ba. Locals recall that when his family moved to India after partition, Ba refused to go with them. As a result, his family sent a powerful thug named Balwant Singh to go and get him, but Ba refused to leave, saying:

“If you’d like to take me from here then pick up all of Karoonjhar with you.” 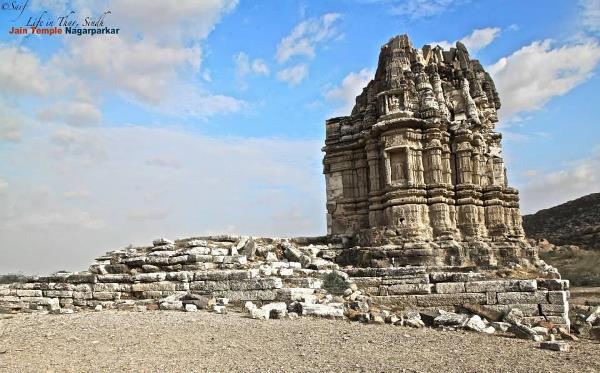 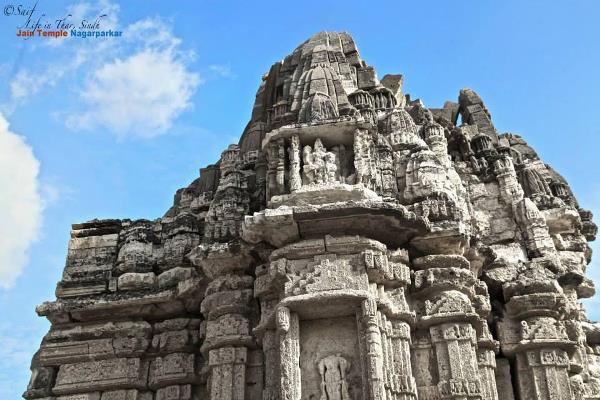 “Karoonjhar yields a 100 kilos of gold daily,” is a popular local saying and reflects the economic value of these mountains and just how rich they are in their mineral deposits. Additionally, many plants in the region have strong medicinal values which the locals use to treat various ailments. These include khokhro, gun wel, satawari, jhangli basar (wild onion), shiv jati, uth kanthi, gogaroo and many others. The region also has several streams which run during the monsoons. Hence, the Karoonjhar mountains not only maintain the ecosystem of Nangar Parkar but are also important for the global ecosystem, and they can only continue to contribute if they are preserved. 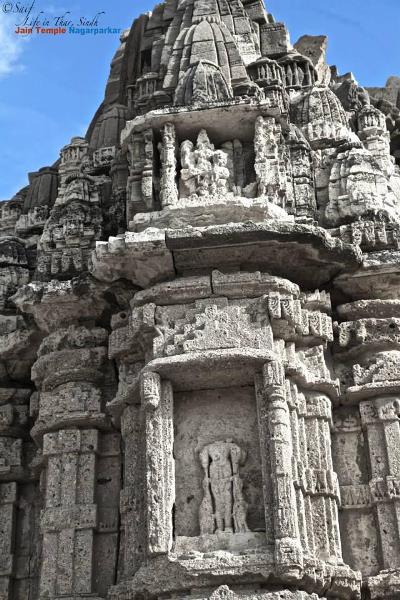 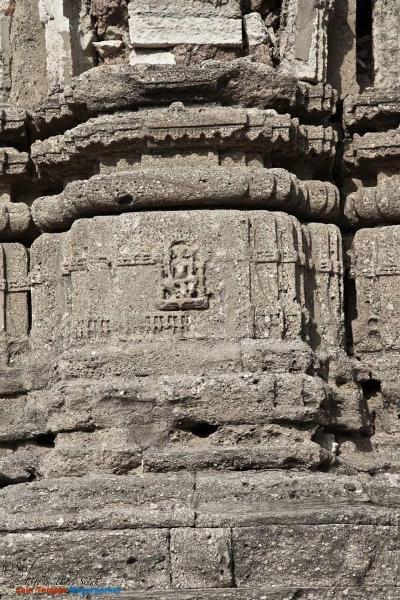 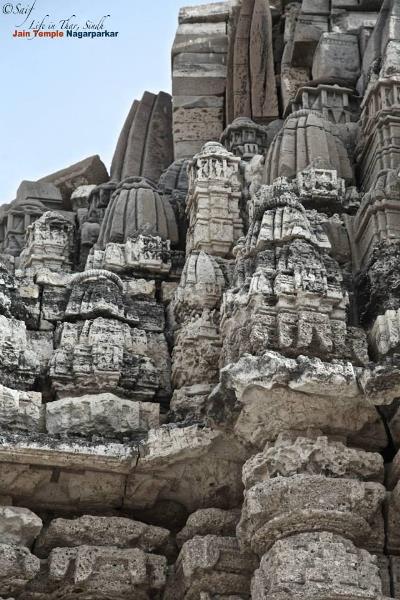 However, because of the inherent richness of the land, the greed for extracting granite and using it to build buildings and dams has already made both the local government and various corporations stick to this region like ringworms, leaving bald spots across these sacred and historic mountains. As a result, corporations and politicians are slowly depriving the people of this land of their source of life and are brutally trampling upon sacred ground. What people with a conscience need to do now is listen to the voices of those who preceded us so that the region can be protected for those who will come after us. It is our task to save whatever is left of our land by paying heed to the intelligence of nature. 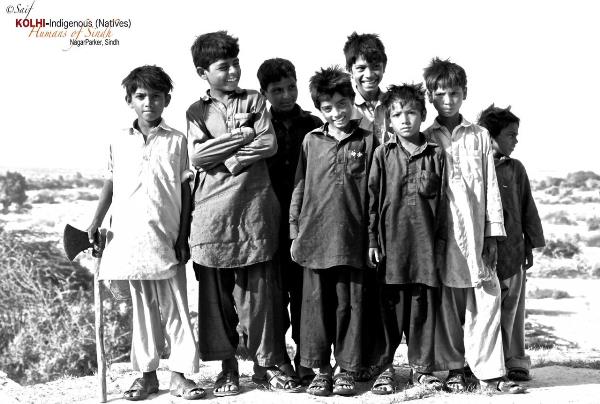 We must demand that Karoonjhar be declared a World Heritage Site so that its culture, eco-system and way of life can be preserved for its residents today and for future generations to come. It is imperative that the government and citizens of this country take immediate steps to ensure that this valuable jewel is not desecrated in the name of progress and development.

“May freedom arrive like the full moon. Oh, how long will Karoonjhar stay covered in this night?” ~ Shaikh Ayaz

Sign the petition to help save the Karoonhjar Mountains here.

(All pictures courtesy of Saif Samejo)

The author is the lead vocalist of The Sketches (a Sufi band) and is also the founder of 'Lahooti Melo,' which promotes art and music, especially indigenous artists. He tweets @saifsamejo (twitter.com/SaifSamejo)

#IBelieveHer, and so should you

Is it compulsory to hate India, America and Israel, in order to love Pakistan?