Why has PTI’s proposed plan to help acid attack survivors still not come to fruition? 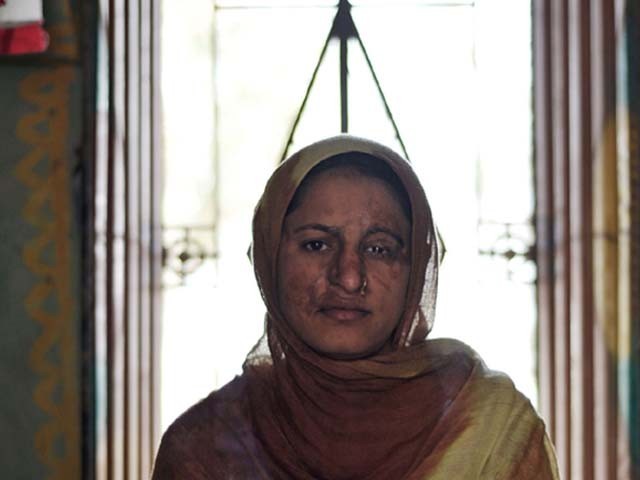 In the Punjab budget, presented in June earlier this year, it was stated that the government would allocate Rs100 million for the ‘Nai Zindagi’ programme, an initiative which would help victims of acid attacks in the province. It has been reported that the financial aid is intended to help the survivors of acid attacks since it will “cover the cost of surgical procedures and provide technical learning, offer no-interest loans, and fix a monthly stipend of between Rs2,000 ($13) to Rs5,000 ($32) for victims.” The commitment to this programme was reiterated in September by the Chief Minister of Punjab, Usman Buzdar.

However, this proposed plan is yet to see the light of day, thus raising several concerns with regards to whether or not the provincial government intends to go through with this programme. According to the the Acid Survivors Foundation Pakistan (ASFP), out of the 843 reported acid attacks which took place from 2006-2017, 767 of them occurred in Punjab. Hence, the need for such an initiative is self-evident, yet it is also important to realise that the ‘Nai Zindagi’ programme by no means presents a complete solution to the problems which arise because of acid attacks.

The passing of the Acid and Burn Crime Bill in 2018 in the National Assembly was a significant step towards ensuring that the victims of these crimes receive the necessary medical support and that the perpetrators of these crimes are brought to justice. Yet, there is still a lot of work which needs to be done if we as a nation are to bring an end to acid and burn attacks. One of the hardest aspects of having to deal with the aftermath of such an attack is ensuring that the survivors not only receive due medical care but also that they are not marginalisied by society at large. This where the ‘Nai Zindagi’ programme could potentially fall short. Firstly, given that the cost of these medical procedures is quite high, it still remains to be seen to what extent the programme will be able to cover the payment of these procedures. Secondly, this programme has thus far not outlined any clear policy which mentions exactly how the government will ensure that the survivors of these attacks are able to cope with their trauma and are how exactly they will be integrated back into society.

After punishing the guilty party and paying the medical bills, it is imperative that victims of acid attacks are given the means through which they can make a living for themselves and are also economically emancipated so that they can build a future for themselves. This is where the proposed loans which the ‘Nai Zindagi’ programme claims it will offer could prove to be crucial since they could potentially help the survivors of acid and burn attacks establish their own business, purchase property and care for their families. However, since the wheels of this programme are yet to start turning, it is difficult to say what amount the interest free loans will offer and therefore how helpful they may prove to be. It is also important that this scheme not only extends to women, men and children who are survivors of acid and burn attacks but also provides relief for the transgenders who are often victims of these crimes.

Furthermore, survivors must also be provided with free counselling services since it has been reported that oftentimes the victims of such atrocities suffer from depression. Additionally, in order to tackle such medical cases on an immediate basis, the state must ensure that there is an increase in the number of burn centres which are fully equipped to deal with such cases. Also, we as a society need to start embracing the survivors of these attacks by ensuring that they are not excluded from the public discourse and are not dismissed as being individuals who have nothing to offer. They must be given their space in the public domain and cannot be relegated to being second-class citizens.

Pakistan needs to formulate a long term policy if the country wishes to truly put an end to acid attacks. Concurrently, it is also imperative that victims of such crimes are attended to by the state and their concerns must not slip through the cracks. This is precisely why it is our responsibility to ask the government when the ‘Nai Zindagi’ programme will finally see the light of day. Only once it is put into action can we begin to assess it effectiveness and accordingly improve it so as to ensure that the victims of acid and burn attacks are not stripped of the lives they deserve.

The writer is a business graduate who writes about societal issues.

Why are we silent about the sexual abuse at madrassas?