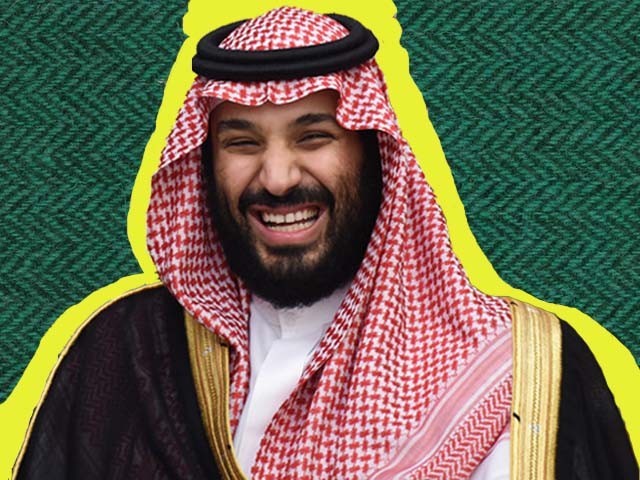 In recent news, the famous American World Wrestling Entertainment (WWE) is apparently in a spat with Saudi Crown Prince Mohammad bin Salman. It was initially reported that the latter had not paid the former their dues for two special events held in Saudi Arabia this year and reportedly owes WWE Chairman Vince McMahon between $300 and 500 million. Additionally, WWE wrestlers missed a show scheduled immediately after the last Saudi event after Salman ‘retaliated’ to McMahon threatening to cut off the Crown Jewel live television feed by ordering that the departee wrestlers are taken off their flight out of the kingdom. However, WWE has since issued a belated statement which states that no such monetary disagreement happened. Regardless, the bizarre yet amusing developments and their overall broader context shared certain parallel themes with the trajectory, impact and consequence of Salman’s leadership as Saudi crown prince thus far.

It is fairly obvious that luring the WWE to hold events in Saudi Arabia is part and parcel of Salman’s ‘Vision 2030’ socio-economic modernisation plan for the kingdom. It is also evident that Salman’s notion of ‘modernising’ involves rapid, forced national image make-over and hinges on the belief that the glamour of such extravaganzas will help remedy the kingdom’s poor image, thus making the financial investment in them worth the cost.

Saudi Arabia is still early in the phases of shaking off the image it has created over the years due to a strict adherence to Wahhabism, and Salman is clearly in a hurry. In spite of this, the wisdom of spending state funds on such events represents a lack of lessons learnt from the disastrous Yemen war Salman lead Saudi Arabia into in March 2015, a bad-investment many times greater in size and losses than the gambit with the WWE.

The young leader’s impulsive, reckless arrogance shone through in his decision to reportedly inconvenience the wrestlers as they prepared to depart the kingdom. It also factored into Salman’s November 2017 mass-arrest of several notable Saudi princes and billionaires and seizure of their financial assets amounting to, by some estimates, $800 billion. Through the arrests, Salman aggravated intra-kingdom rifts which were already building up since he replaced Mohammed bin Nayef, grandson of the kingdom’s founder Abdul Aziz ibn Saud, in June 2017 as Crown Prince. Bin Nayef, closely affiliated to the CIA, was temporarily imprisoned and forced to give up the mantle to Salman.

Earlier in June, the Gulf Arab states with Egypt and Jordan had announced an embargo on Qatar, cutting off diplomatic ties and imposing a land and air blockade on it and demanding it scale back ties with Iran and Turkey and cease supporting the Muslim Brotherhood (including Hamas in Gaza). It is widely known now that Salman lead several of the Gulf states into this move – which backfired by pushing Qatar toward Saudi rivals Turkey and Iran and not acquiescing to the outlandish demands – upon prodding by his personal ‘friend’ Jared Kushner. Part of the reason was Qatari hesitancy to accept Kushner’s request to invest $500 million to revive a floundering Kushner family real estate project which threatened them with massive financial losses. Of special interest to Israel and thus the ardently Zionist Kushner family, Qatar had been warming up to its hated rival Iran for some time.

The fact that Qatar and Saudi Arabia had an on-and-off rivalry for many years over issues such as Iran and opposing stances toward the Saudi-Israeli backed military coup against the Muslim Brotherhood in Egypt in 2013 helped hasten the rupturing of the Gulf Cooperation Council (GCC).

However, given that the Qatari Emir had met King Salman mere weeks before the embargo in a cordial meeting, it is clear that the situation was not anywhere near the burning point. The extra push required for the embargo came from Kushner’s financial interests, Israel’s geo-strategic interests and Salman’s easy utility as an agent of chaos with his strings pulled from outside.

Son-in-law to President Donald Trump and architect-behind-the-scenes for the GCC-Israel new strategic alliance, Kushner, in typical fashion, left the state and defence departments in the dark to personally coordinate the Qatar embargo with Salman. Kushner had also pushed Salman to carry out the November mass-arrests after secretly visiting Saudi Arabia in late October. Salman was more than eager to embrace the plot to consolidate Saudi power with himself, a motive driven by the same shortsightedness consistent with other major policy endeavours, and thus easily exploited as a front by for a bigger-picture that was all Kushner – and thus Israel.

Salman was Israel’s man in Saudi Arabia, and voices within the kingdom who would likely oppose his future chaotic, region-destabilising decisions out of a bare minimum of practical consideration had to be put away.

The mass arrest of veterans in the Saudi political military-intelligence power structures made the kingdom more brittle even than the usual level of delicateness associated with Gulf monarchies reliant on Western military support for their existence. In exchange, Saudi capacity to do what only Israel out of the immediate region’s states – and even, in truth, external powers – desired set the Arabian Peninsula and Persian Gulf regions alight with tension simmering between its constituent states. Also arrested was the erstwhile Lebanese Prime Minister, Saad Hariri, who was then forced to read out anti-Hezbollah and anti-Iranian speeches with the aim to destabilise Lebanon and make it easier for Israel to attack. Israel, surely enough, assisted Salman with the planning for this ultimately inconsequential venture. An accurate profile for Salman as a leader can be assigned based on these examples even if one is to ignore his biggest blunder yet in the Yemen war.

The reported recent somewhat comical spat with the WWE does, however, just as fine a job in epitomising Salman’s traits as a leader. The authoritarian tendency to lash out at any who displeases him sans any calculations regarding probable consequence, the aggressive push to turn Saudi Arabia into an open hub of hedonism and Western party-culture and the deployment of state resources toward ill-conceived and poorly thought out ventures. Salman, even outside the realm of conventional foreign policy, stays true to character as a leader.

India’s Kashmir propaganda: A leaf out of Israel’s book - Part 2