The falsehood that is the ‘Persian-Arab conflict’ narrative 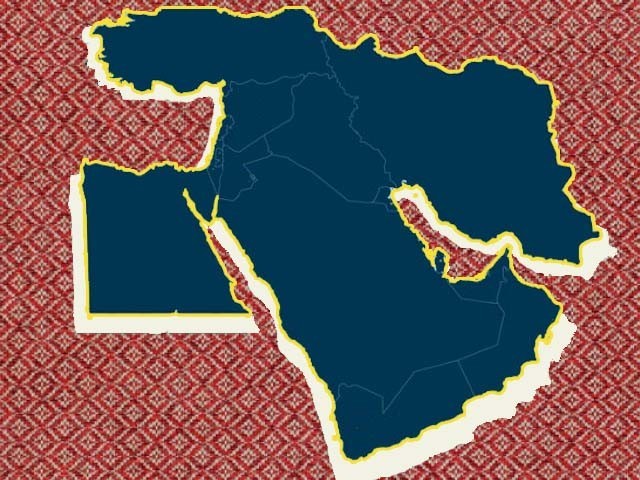 Discredited and archaic explanatory frameworks are superposed onto geopolitical conflicts and rivalries at the expense of an accurate appraisal of what truly drives them. The ‘Persian-Arab conflict’ narrative used to explain the nature of ties between Iran and certain Arab states is fraudulent from top to bottom, yet persists on the crutches of what increasingly seems an intentional muddying of the waters regarding what drives the rivalries seen in the Middle East. These rivalries revolve around conflict: pushing for friendly regimes in strategically placed states, outreach to sympathetic non-state actors and ideologically similar grassroots movements to counter those aligned with the rival or rival blocs, and so on.

For Iran, partnerships with the Arabs have been the major source of its geo-strategic depth in the Middle East. Hamas, a Sunni Islamist offshoot of the famous transnational Muslim Brotherhood group in Gaza, has, since the First Intifada of 1987, stood as the sole reason as to why Israel cannot extend its expansive Jewish-only settlements scheme in Gaza.

Hamas’ only source of weapons is Iran, while Qatar, as a Muslim Brotherhood benefactor, is a major financier and increasingly aligned with Iran itself as well. Moreover, the brief split between Hamas and Iran following the different positions assumed over the Syrian War (2011-present) did not last long because Hamas’ flirtation with exiting the Iran-led bloc turned out to be a disaster. The Gulf Cooperation Council (GCC) did not support Hamas in any way during the 2012 Israeli assault on Gaza and Hamas soon found itself reconciling with Iran, who restarted aid and supplies to it in early 2014.

Hezbollah, the Shia Islamist party and armed organisation of Lebanon, was born during the 1980s Israeli occupation era where Lebanese Shia became the first and only coherent armed response to Israel’s brutal invading army as other factions fought each other. By the mid 1980s, Hezbollah, swearing allegiance to Iran’s Ayatollah Khomeini and an adherence to the ‘Velayat e Faqih’ system of governance he pioneered, became a deadly guerrilla force. The damages it inflicted upon Israel were grave enough to force it to withdraw entirely from Lebanon by 2000 (albeit maintaining occupation of the rich Sheba Farm lands).

The 2006 July War defeat of Israel by Hezbollah was a disaster for the Israelis, who have been incapable since then of waging major military campaigns against Lebanon. With Israel incapable of rooting out and destroying armed resistance on its southern and northern fronts, Hezbollah’s capacity to capitalise off of Israel and the Israeli lobby-induced American militarism in Iraq and Syria has been curtailed.

Syria, an Arab nationalist state and secular by constitution, owing to its virtually perpetual enmity with Israel, has been an ally of Iran and a major site from where Iran supplies its allies in Gaza and Lebanon. Moreover, for most of the years following the Islamic Revolution in Iran in 1979 and start of the Syria-Iran alliance, Syria did not need to sacrifice its ties with Arab groups and states which are rivals of Iran such as the GCC, Egypt and Jordan .

What then, was and has been the role of the Arab states of the GCC who are the declared as the primary arch-nemeses of Iran under the ‘Persian-Arab conflict’ framework?

In occupied-Palestine, the West Bank presided over by the Palestinian Authority (PA) led by ‘President’ Mahmoud Abbas (whose term actually expired a decade ago) is where Israeli Jewish settlements have almost completely erased the non-Jewish presence off the map. They proceed unabated because the PA’s US-Jordan trained military is tasked only with suppressing Palestinian agitation against Israel and does nothing to cease the illegal settlement expansion. It also possesses security cooperation with the Israeli military.

The PA, unsurprisingly, is anti Iran and close to the GCC. Abbas is the successor to Yasser Arafat as head of his Fatah party (formerly the Palestinian Liberation Organisation) who signed away Palestinian rights to resistance during the 1990s Oslo ‘peace process’ in exchange for not even a basic minimum demand of Israel to allow a Palestinian state to be formed or pulling its forces out of Gaza and the West Bank.

Hamas arose as a political alternative to Arafat as a grassroots religious movement in the First Intifada of 1987 which shunned the ‘peace process’ and soon turned into an armed resistance movement. Islamist Iran became its supporter. The GCC initially kept well away from endorsing or backing Hamas and today regards it as a terrorist group. Fatah still maintains its uncompromising opposition to forming any real national Palestinian government which includes Hamas or even Islamic Jihad (another Iran-supported armed group in Palestine) in it.

Arafat, who forbade Palestinian lawyers from viewing the terms of the treaty he was signing with Israel’s Premier Yitzhak Rabin in 1993, had Abbas as his chief negotiator with Israel. As veteran journalist on Israel-Palestine affairs Jeff Blankfort pointed out,

“In Oslo, it should be recalled, Abbas, as the chief Palestinian negotiator, played Neville Chamberlain for Tel Aviv, agreeing to surrender occupied Palestinian land with a view toward putting a permanent end to Palestinian resistance and, immediately, to the First Intifada.”

In Lebanon, Hezbollah is still opposed and considered an Iranian-invented transgression by the GCC and its allies such as Egypt and Jordan as it always was. This is despite it having formed important, lasting political coalitions in Lebanon across ethno-confessional lines (the March 8 Coalition, which won a majority in Lebanon’s 2018 elections) to go with being the sole reason why Israel does not invade the country again.

During the July War, the Arab League countries led by the GCC, Egypt and Jordan condemned Hezbollah and blamed it for the conflict, despite it being the continuation of an essentially never-ending state of war imposed by Israel on Lebanon since the 1980s.

In 2017, Saudi Arabia, with support from Israel, kidnapped then Lebanese Prime Minister Saad Harriri and had him read hostile statements against Hezbollah and Iran in Saudi Arabia, seeking to provoke a political crisis in Lebanon. The desired crisis did not materialise, but marked one of the many reckless foreign policy collaborations borne of the Jared Kushner, Benjamin Netanyahu and Mohammed bin Salman anti-Iran triad, much to the detriment of the broader Arab world.

Evidently, there is no unified ‘Arab front’ against Iran and Iran’s Arab allies are political entities whose roots lay in the historical mass-mobilisation of the Arab people against external enemies. Iran’s alliances were cemented in the waging of joint struggles by Iran and its Arab partners against their mutual enemies – the ringleader of whom is Israel at every turn – who showed an enthusiastic willingness to carpet bomb Arab towns, destroy ancient heritage sites prized by the Arab people, promulgate ridiculous theories in academia of inherent Arab or Muslim savagery and thus justify military acts against them and seek to balkanise their states.

The GCC-Israeli strategic alliance would not be possible had the GCC any merit whatsoever to be described as ‘the Arabs’ or even an ‘Arab bloc’ if the word Arab is to be imbued with any degree of socio-cultural and historical consistency whatsoever. The untenability for any bloc describing itself as guardians of the Arab world to collaborate with such powers would rise steeply over time and pose a situation where the only choice would be a cessation of the toxic partnerships or rising mass dissent from inside. In fact, even ties between GCC and the West, tracing back far longer in history to direct collaborations with Israel, would have began splintering decades ago given the uncanny ability of Israel to shape America’s Middle East policy.

Thus, the ‘Persian-Arab conflict’ label is quite plainly based on a falsehood, and when utilised as a broader framework to explain what transpires in the Middle East produces skewed commentaries and analyses which will only grow further from reality as time proceeds.