Why did a judge’s belief system stop him from hearing a blasphemy case? 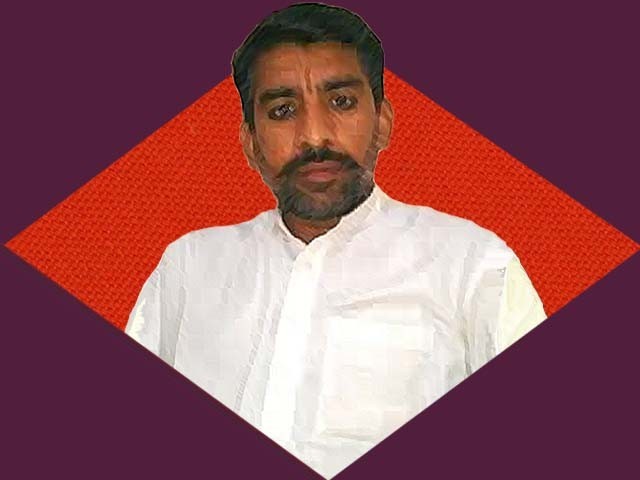 In 2012, Zafar Bhatti was arrested in Rawalpindi for allegedly sending blasphemous text messages. Bhatti, who is a Christian, had subsequently been sentenced to life imprisonment by a trial court in Rawalpindi and has been in prison ever since, even though it has been proven that the mobile phone from which the blasphemous texts were supposedly sent was not registered under his name to begin with. Nonetheless, Bhatti still languishes in jail and his appeal hearings are repeatedly postponed. But the latest reason as to why Bhatti’s court hearing has been delayed is truly perplexing. A few days ago, Judge Raja Shahid Mehmood Abbasi stated that he could no longer preside over the appeal hearing and would pass the case over to another judge since,

“This judgement does not sit well with my Islamic faith and I cannot proceed.”

Firstly, as a judge, surely the primary responsibility must be to ensure a thorough investigation of the matter at hand, irrespective of ones own religious convictions. We as a nation are expected to trust in our judicial system because we are promised that those who sit at the forefront of the judiciary will always ensure the prevalence of an impartial system which is stripped of any religious, political, ethnic, or economic biases. If our judges feel that their personal beliefs are impinging their judicial functioning, what faith does that leave one to have in our judicial process? Now, one may say that Abbasi choosing to honestly state why he wished to step aside is worth acknowledging, however, the excuse in and of itself is rather puzzling.

Abbasi’s statement makes it appear as if presiding over the hearing of a man, who appears to be just one of many in this country who are falsely accused of blasphemy, will somehow taint his religious convictions. So should every non-Muslim who stands before a Muslim judge in Pakistan be weary of the fact that the judge’s supposed religious biases could impact their judgement? Would it not be in line with Abbasi’s Islamic faith to ensure that Bhatti’s appeal is diligently heard and a judgement passed accordingly? It seems rather odd as to why he feels that his religion has somehow forced him to step away from this case and could potentially impact his analysis of the matter. It also deeply troubling and gives a brief glimpse into the cracks in our judicial system. As a result of this, many could potentially wonder whether we should have non-Muslim judges presiding over blasphemy cases since it appears that the judgments passed by certain judges could well be compromised.

Lastly, a further delay in Bhatti’s court hearing will only benefit those who were desperate to see him behind bars in the first place and could instead prove to be deadly for Bhatti. This is because in 2014, supposedly on the orders of Mumtaz Qadri, a prison guard attempted to kill both Bhatti and Mohammad Asghar, who had also been accused of blasphemy. Therefore, the simple truth of the matter is that Bhatti’s life is at risk even within the confines of the prison, where the very people assigned to maintain order in the facility pose a threat to Bhatti. His appeal hearing has already been delayed thrice this year and the latest decision by Abbasi to essentially rid himself of this case will only further add to the feelings of insecurity and paranoia which Bhatti and his family must have been regularly battling for seven years now. Bhatti reportedly has to remain in solitary confinement as if he is kept with the other prisoners, they may kill him. However, that would provide him little comfort since a prison guard already attempted to murder him.

This on-going blasphemy case seems to encapsulate the whole array of concerns which many citizens have when it comes to such matters in Pakistan. A Pakistani citizen was accused of blasphemy, he was reportedly tortured by the police in an attempt to get a confession, he maintained his innocence, yet he was put behind bars, his life was threatened in prison, his appeal hearing has been continually delayed, his family continues to fight for justice, all while the nation remains silent. The pattern has now become a little too familiar.

The writer is a student at LUMS and writes about societal and political issues.

Is LUMS an ‘elitist’ institution?