Should Karachi fear the sea? 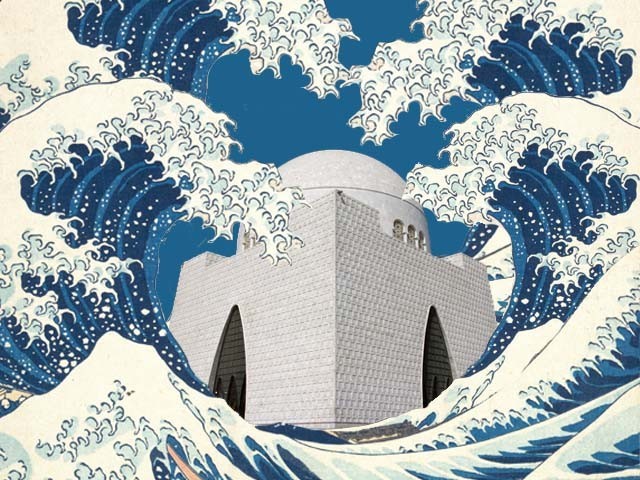 On November 28th 1945, a deadly earthquake occurred 100 miles South of Karachi in the Northern Arabian Sea, triggering a Tsunami which resulted in the loss of over 4000 lives. Since then, no tsunami has occurred off the coast of Karachi, but the location of the city does make it susceptible to a host of climatic disasters, because Karachi could very well be in the path of a storm in the near future. Over the past few days a series of cyclones in the Arabian Sea have been presenting a clear and present danger. A cyclone named ‘Kyaar’ damaged several coastal villages earlier in the week, while another cyclone named ‘Maha’ is reportedly gathering some worrisome momentum. The local government issued warnings and coastal travel was restricted since there were chances of heavy rains and rising sea levels with deep sea waves that could rise up to 10-15 feet above sea level. Moreover,the provincial disaster management authority (PDMA) was also put on alert while law enforcement agencies were also on stand-by. An escalation on this front could create a very serious situation on our coastline, one which we are clearly unprepared for. Regardless of whether or not cyclone ‘Maha’ results in any damage, it is evident that our current inability to deal with such a potential threat has opened the door for several questions as to why our agencies are so woefully ill-equipped to handle such potential calamities.

From 1900 to 1990, global sea levels rose between 1.2 millimeters and 1.7 millimeters per year on average. By 2000, that rate had increased to about 3.2 millimeters per year and the rate in 2016 is estimated at 3.4 millimeters per year. This has happened due to the changing tidal flows in coastal regions, and one of the leading factors that results in rising sea temperatures is thermal expansion. The past century is witness to many changes in ocean patterns as oceans continue to absorb over 80-90% of the increased atmospheric heat, resulting from increased fossil fuel emissions globally. Climate change is the single biggest reality that is impacting the earth across all continents. Rapidly rising sea levels can cause death and devastation, leading to land slides, flash floods, soil erosion, water contamination, agricultural loss and major human displacement, requiring a massive relocation effort which would simply not be possible in a city like Karachi. What is happening today is that enormous amounts of waste material and other hazardous substances are being dumped into the ocean. This releases large amounts of atmospheric gases leading to a rise in the earth’s temperature, thus resulting in higher ocean temperatures.

So, is Karachi at risk? Eight out of the world largest cities are coastal cities, and Karachi is one of them. Because of rising ocean temperatures, birds and animals have started to now migrate to higher altitudes due to better optimum temperatures elsewhere. Lots of plants previously found along our coastal areas have now become extinct. The Increasing acidification of our seas and rising temperatures are only making the situation more dangerous. Furthermore, the issue of overpopulation is also another damaging factor in a city like Karachi. This has further compounded the city’s waste disposal problem, thus meaning that we continue to dump garbage in the sea.

As per the findings of the National Institute of Oceanography Pakistan, Karachi could be at risk of becoming submerged under water during the next 40 years. If our oceans are rising by an average of six millimeters annually, it could mean a bigger threat to our country than earlier anticipated. Moreover, in and around Karachi, over 3.5 million acres of agricultural land has been eroded since 1956, which has in turn further exacerbated an already complex issue. This indicates a clear and present danger for a  population of over 21 million people.

Karachi is going through a major sea-change and we can no longer afford to ignore this reality. We must engage with the environmental experts and come up with immediate solutions. Any natural disaster like an earthquake in the Arabian Sea could trigger a tsunami, just like it did back in 1945. The only escape from this increasing eventuality is timely action and precaution. Protecting the coastal environment and formulating a comprehensive cyclone and tsunami plan has to be a priority for the provincial government. We have seen too many issues continue to be ignored in Pakistan due to ignorance and neglect.