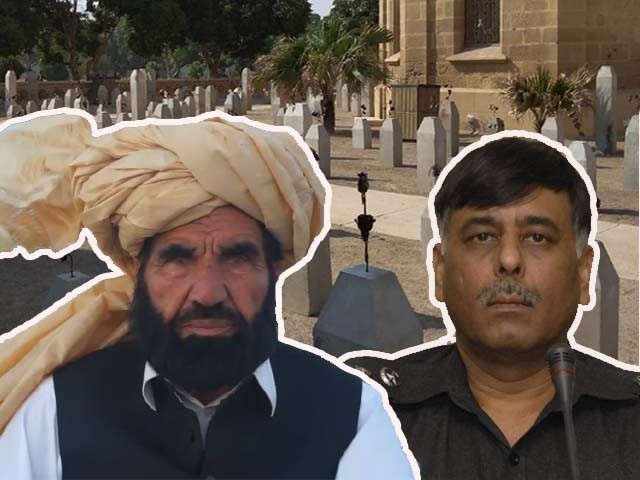 What transpired at the Karachi Biennale 2019 (KB19) soon after its inauguration is simultaneously disquieting as well as deeply insightful. It presents an opportunity for us to reflect on the systemic and endemic intolerance for dissent that exists in our social, administrative, and political structures. We live in times where art and speech are not only censured by official channels but even society at large often turns a blind eye to the callous condemnation of free expression by the powers that be. Anything that makes them uncomfortable is considered taboo and everything that questions the status quo is considered a threat. Disruption is scorned while fear is used to dissuade people from engaging in critical thinking and ethical reasoning. On Sunday, the country saw a public art display trigger extreme reactions from the authorities and start a national level discourse.

For the uninitiated, on the very first day of KB19, an installation up at Frere Hall by artist Adeela Suleman, associate professor and head of the Fine Arts Department at the Indus Valley School of Art and Architecture, was disrupted, forced to be shutdown and later vandalised. Suleman’s installation titled “Killing fields of Karachi,” comprised of 444 stone masts with wilted metal flowers placed on each pillar. The installation represented the victims of the infamous former SSP Rao Anwar, who was allegedly the prime mover behind the extra judicial killings of many citizens in Karachi. Suleman had prepared a short documentary discussing this subject, which also featured the father of Naqeebullah Mehsud. Mehsud was allegedly killed in one such encounter on Anwar’s orders. Karachi Metropolitan Corporation’s Parks Director-General Afaq Mirza asked everyone to vacate the grounds, stating, “This is a public park. You cannot do politics here.”

Firstly, art is often inherently political, and to clamp down on it means to clamp down on dissent. Artists regularly touch upon politically and socially relevant matters to not only provide commentary on such issues but at times to also shine a spotlight on incidents which may have slipped through the cracks. By attempting to silence such works of art the state only endorses the fact that it wishes to hide these topics from the public gaze and feels uncomfortable when confronted with these questions. Ironically, as many have already pointed out, the draconian attempt at trying to throttle the matter has only helped light the fire. Although this attempt at brushing the artwork under the rug has backfired, it should not blind us to the reality that the powers that be forcibly tried to stop a discussion centred around the extra judicial killings spearheaded by Anwar. The fact that law enforcement agencies tried to protect Anwar in this regard should be deeply concerning for all of us as citizens of this country.

Secondly, Mirza’s comments make it evident that he, and many others like him, simply fail to understand what purpose public spaces serve. Public spaces are regularly used for protests and sit-ins, as places where members of the civil society can come together to voice their concerns. It appears that our authorities are quite content with public spaces being used to express an opinion which conforms to the state narrative, but any opinion which does not do is seen as a threat. The incident only makes it blatantly evident that we desperately lack spaces which provide a conducive environment for any form expression.

Thirdly, the official statement put forth by the KB19 team is deeply disappointing. At a time when one of their artists was being victimised for the artwork which the KB19 team must have initially approved of, the organisers chose to distance themselves from Suleman’s work, essentially abandoning her in the eye of the storm. Now, only time will tell what external pressures the KB19 team was facing and whether or not Suleman agreed to take the bullet so as to ensure that the biennale could go on uninterrupted. Regardless, the fact that some of her peers chose to abandon her at a time when they should have stood shoulder by shoulder with her only furthers the notion that even those who pride themselves as champions of free expression can be bullied into submission.

Shocked to see the cop out statement from the #Karachi biennale team. Silence would’ve been better than this dispossession of Adela Suleman’s work. #KB19 pic.twitter.com/HGR4gQqhO6

Furthermore, the justifications provided by the KB19 team for their decision come across as rather bizarre. It is almost comically absurd for an art biennale to state that they are not interested in “politicising the platform” because, as previously stated, artworks regularly dispense political commentary. Who gets to approve what qualifies as political commentary which can be endorsed? The KB19 team also mentioned that Suleman’s work did not fall in line with theme of the biennale. For most, the theme for the biennale, “Ecology and the Environment,” can be interpreted in multiple literal and metaphorical ways, thus encompassing a wide range of issues that plague Karachi. Additionally, if organisers now feel that the artwork did not abide by the theme, why did they give it the go ahead in the first place? It seems rather strange to suddenly have an epiphany about this now.

Each new development and turn of events only gives this event greater significance – the installation turning into an almost surreal social experiment. It may be unfair to expect that Suleman will find the strength in her heart to forgive the city for whose dead she mourned through her art, but she should find comfort in the fact that her art earned more attention for those 444 victims of injustice than she had perhaps ever anticipated and, in a strange way, imitated life in the city.