Is a peace deal in Afghanistan possible? 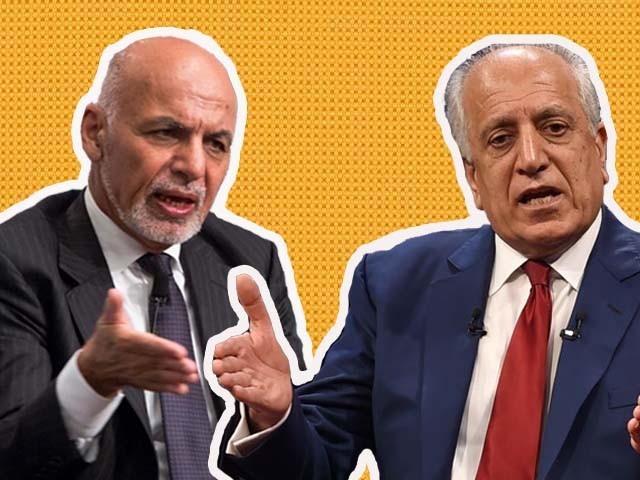 Afghanistan, post-peace settlement, should avoid the mistakes of the 1980’s and 90’s.

After a month-long thaw starting from last September, the Afghan peace process has now started to gain some momentum. United States Special Representative for Afghanistan Reconciliation Zalmay Khalilzad met with President Ashraf Ghani in Kabul yesterday to discuss the future of peace talks with the Taliban. On Friday, Moscow hosted Khalilzad, along with Chinese and Pakistani representatives, to find a way for the resumption of the negotiations with the Taliban. Last week, Khalilzad and European Union envoy Roland Kobia, issued a comprehensive communique acknowledging that “sustainable peace can only be achieved through a negotiated political settlement.” However, these intra-Afghan negotiations between the Afghanistan government and the Taliban on power sharing and an end to the on-going violence are yet to materialise.

It is interesting to note that peace negotiations today, in certain ways, parallel the situation in the early 1990’s when Afghanistan descended into civil war. The Afghan National Reconciliation Policy (NRP), developed in the 1980’s and 90’s by Mohammad Najibullah’s government, had tried to engage in negotiations with armed groups in an attempt to balance local, national, and international interests. However, the negotiations failed because of the blatant interference of neighbouring countries, the conflicting interests of different stakeholders, dwindling interests of major powers like the United States (US) and the Soviet Union (already on the verge of disintegration), and most importantly, a lack of local, regional, and international consensus.

The NRP sought to negotiate an end to the conflict with the Mujahideen by combining traditional practices of jirga and consultation. They approached the politicians and the opposition through the United Nations (UN) as well, as result of which, talks with the opposition leaders based in Pakistan and Iran were held clandestinely in third countries. These negotiations resulted in the Geneva Accords and the five point peace plan (UN 5PPP). But the whole effort proved to be futile once the Cold War and the US essentially lost its interest in the country. Today, Afghanistan’s international support is dwindling, while the country has still not achieved economic self-sufficiency and remains reliant on external assistance.

Though people today are preparing themselves for the likelihood of a peace deal being struck with the Taliban, the older generation of Afghans, who still remember the time when the efforts of the NRP failed in the 1980’s and 90’s, have concerns about the current peace efforts. However, this time, Khalilzad was smart enough to garner the consensus of the stakeholders involved, particularly regional powers, from the very beginning of the process. From Washington to Europe, Moscow to China, Middle East and South Asia, he has been travelling throughout the region in order to brief and take into confidence all the various parties who are impacted by the situation in Afghanistan. However, regional countries and some key players have certain concerns. For instance, India is worried about the potential influence of its arch-rival Pakistan in post-peace settlement Afghanistan. Similarly, Saudi Arabia has reservations regarding the role of its potential rival Qatar, where negotiations have been held for the last 10 months. How these nations respond to the peace talks could prove to be crucial.

Although Khalilzad sought to gather enough support nationally from the political opposition and local stakeholders, he undeniably faces an uphill challenge in ensuring that the Afghan administration and the Taliban see eye to eye on the negotiation table. Thus far, the Afghan government has been frozen out of the talks because the Taliban have refused to engage with them. Ultimately, the involvement and effectiveness of the government apparatus is key during negotiations. As previously mentioned, sorting out the details of the deal, disarming, reintegrating, and the expected sharing of power with the Taliban has yet to be figured out in these intra-Afghan negotiations. This will undoubtedly prove to be the most daunting and exhausting part of the entire process, which is why it imperative that this matter is tackled in a holistic manner and not through a short-sighted approach.

Nonetheless, the current momentum building around the Afghan peace process is a welcome sight and could present opportunities which boost the struggling Afghan economy. Afghanistan has been amongst the largest recipients of American aid since the US led invasion in 2001. In the post-peace settlement situation, Afghanistan will remain dependent on the US and other donor aid till significant steps are taken to ensure that the country is economically stable. Since much of the previous aid was been spent on security efforts, a US-Taliban deal could see part of the aid being diverted towards infrastructural development and reconstruction efforts. Afghanistan will need a post-deal increase in aid, at least in the short term, in order to re-integrate and rehabilitate the Taliban and to work towards economic development. Critics have pointed out that some donors might be reluctant to fund a government in which the Taliban wield power, particularly if the rights of women or freedom are encroached.

Keep in mind though, even after a peace settlement and the withdrawal of US troops, Afghan forces will take on more of the burden of fighting international terrorist groups, particularly the Islamic State of Iraq and the Levant – Khorasan Province (ISIS-K). ISIS-K has been mainly operating in areas where there is a lack of security and where the Taliban have a presence. Hopefully, through the joint efforts of the Afghan National Security Forces and the Taliban, the brutal fighters of ISIS-K will be thwarted and the ongoing violence will decrease. ISIS-K does, however, present an immediate challenge for the regime in Afghanistan.

Afghanistan, post-peace settlement, should avoid the mistakes of the 1980’s and 90’s. It must keep in consideration the national, regional and international consensus, and work towards gaining the trust of the major world powers. Maintaining a balance of power in diplomacy, focusing on how to reintegrate the Taliban, strengthen the Afghan National Security Forces and growing the Afghan economy should be prioritised. Only then will Afghanistan be able to reap the benefits of a potential peace deal.