Warning! The PTA might not approve of this bakwas 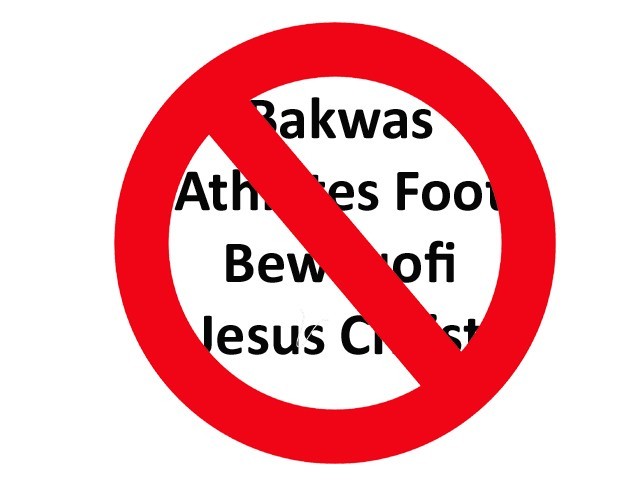 Banning is the stupidest thing you can do because when something is in the open, it can be tracked monitored, checked, and oddly enough, controlled.

The Pakistan Telecommunication Authority has decided to ban the word ‘bakwaas’ (nonsense). Let me say this right here – that is such bakwaas.

It has also banned the word Jesus Christ. There go Merry Christmas messages to Christian friends. There goes, now that I think about it, this particular conversation I found in my phone:

“Hey I heard you were ill – did you really faint in Chemistry class today?”

“Jesus, how fast does news spread around school anyway? I am feeling much better.”

To be honest though, I am not that fussed. Stranger, inexplicable things have happened. Facebook, for instance was banned (yeah, remember that? Oh, the horror, the sheer horror).

And that time when that a 15-year-old wrote a letter to the Chief Justice of Pakistan, asking him to ban a list of websites he had found unIslamic.

The banning will never achieve the desired result. Banning is the stupidest thing you can do because when something is in the open, it can be tracked monitored, checked, and oddly enough, controlled. Legality affords accountability and control. When something is banned however, that means illegal channels, dangerous new by-passes, underground trends and lack of control over the situation. It means creating something of nothing. It means paying attention.

And the least important thing any government organisation can pay attention to is a list of Punjabi, Urdu and English swear words that people may or may not use in text messages.

My belief in the idiocy of banning stems from school. In eighth grade, there was stir in the school library. Rumours spread, eyebrows were raised, until finally one teacher spilled the news – a parent had found some ‘questionable content’ in a book his son had borrowed from the library, and had written an angry later to school about it. Next thing we knew, teachers shuffled around awkwardly as they tried to comb through each and every English and Urdu book,  in the library, wondering where they had gone wrong and wondering what to keep. Where does questionable content become a life lesson? Our library stocks ‘To Kill A Mocking Bird’, which deals with rape – would the aforementioned parent have written another letter to school about ‘questionable content’?

How do you know what to ban or even how much you should ban? Where do you draw the line? Let’s say you take the parents side and say it was perfectly acceptable for him to check what his 13-year-old son was exposed to. Understandable. But the PTA is not a parent. The PTA is not supposed to be a parent, the “I’ll scrub your mouth with soap if you say that word again” kind. And if it is a parent, it’s a pretty lousy parent – focusing on some of the weirdest aspects of whether or not its children can say ‘devil’, or ‘idiot’. They will never understand that for every 1,500 words they ban there will be another 1,500 they have missed or that for every rule they enforce there will that that many people trying to break it, and creating controversy. They will never understand what kind of ruckus and attention they have drawn to matters of no importance.

Which is why, as people say:

“Remind me again why athletes foot is banned?”

There is another word you could describe the whole situation – it’s all just plain bewaqoofi (stupidity).

And yes, that word is banned.