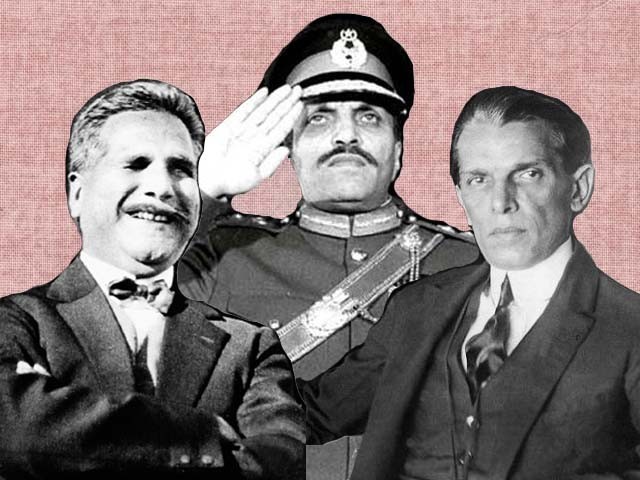 The concept of national identity has been long debated in Pakistani drawing rooms and in the media. The question as to whether or not we as a nation can claim to represent a monolithic or homogeneous group has been one which largely remains unanswered, yet continues to be just as important today as it was when this nation came into existence. Earlier this year, a friend of mine went on a mission to ascertain how us Pakistanis described ourselves in nationalistic terms. There was a background to this activity; his brother had relocated to the United States (US) several years earlier and despite family pressure to return, he was adamant to stick it out in his adopted country. So, over the course of nine months, he approached over 200 Pakistanis and asked a simple question: how do you identify yourself? The options were,

a) a Pakistani first;

b) a Muslim first;

c) a non-Muslim first (if so, please explain how you see yourself in this context)

As per his findings, almost 79% of the Muslim respondents ticked the ‘Muslim first’ option; whereas over 89% of the non-Muslim respondents ticked the ‘Pakistani first’ box. This got me thinking. Do we identify with the state or with a religious ideology when we call ourselves Pakistani? I was with my friend while he was poising these questions to a 20-year-old at Dolmen Mall Clifton. This individual was asked one additional question: “If you consider yourself Muslim first, does that mean you are a Pakistani second?” The youngster looked surprised by the inquiry but instinctively replied, “Muslims do not have boundaries.” Cross question: “So, as a Muslim, do you think you can enter any other Muslim country without a passport and visa and automatically become a citizen there solely because you are Muslim?” Expectedly, there was no response.

But this provides only a brief glimpse into this phenomenon. According to an extensive 2016 Gallup poll, 48% of the respondents chose to identify themselves as Pakistanis first, while 40% identified as Muslims first. 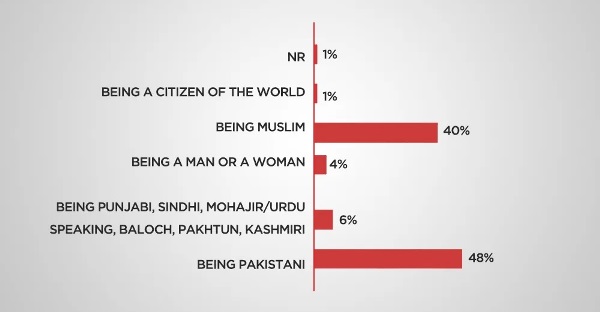 So, what does it truly mean to be a Pakistani? Does it mean living in a Muslim-majority country founded in 1947 but culturally connected to the region’s 5,000-year-old history? Or does it mean being the resident of a country known in the Western world as being home to religious extremism and Osama bin Laden? Putting this matter in perspective might involve establishing a trade-off between the original idea of Pakistani nationalism, and the subsequent surge of a very divergent narrative that replaced it. While the momentum which gave birth to Pakistan was Muslim nationalism, how this movement subsequently evolved, provides much food for thought. Pakistan was a project of Muslim modernism, and thinkers like Sir Syed Ahmad Khan, Allama Iqbal and Muhammad Ali Jinnah advocated a progressive mindset as being inherent to the spirit of Islam.

On the flipside, had Pakistan been a theological project, its founders would probably never have been criticised and even demonised the way they have been by certain religious zealots. Perhaps this is where General Ziaul Haq’s era and his legacy of Islamisation in Pakistan becomes increasingly relevant. One might suggest that the most logical solution to the problems, which came about due to his rule, is already present in the lapsed elements of early Pakistani nationalism. Reinvigorating this original notion might help multiple generations connect to a country defined by its shared historical heritage with an ancient region, rather than a myopic approach towards religion. But how does one transform this thought process into a new state narrative?

The National Action Plan (NAP), authored in 2015, attempted to do just that. But a significant impediment in implementing the NAP is the fact that several laws which came into effect after the 1970s in Pakistan can technically nullify many of the reforms suggested by the NAP. And these laws can only deliver what is called an ‘illiberal democracy.’

All democracies require a strong civic-nationalist tenor enabling them to facilitate society at large. So the likes of Iqbal and Jinnah envisaged a political system within a Muslim-majority country where Islamic concepts such as ijtihad (interpretation) and ijma (consensus) would partake democratic ideals such as an integrated parliamentary consensus. What makes an Islamic democracy illiberal is its adoption of a politicised dimension of religion which somehow becomes a weapon in the hands of those who want to wield it to gain political influence and power. Conversely, not incorporating certain political and social aspects in a country’s democracy because of its cultural ethos does not make an Islamic democracy illiberal. But the question still remains, will we as a nation ever be able to come to a consensus regarding this long enduring dilemma?