How did we let the Counter-Terrorism Department get away with murder? 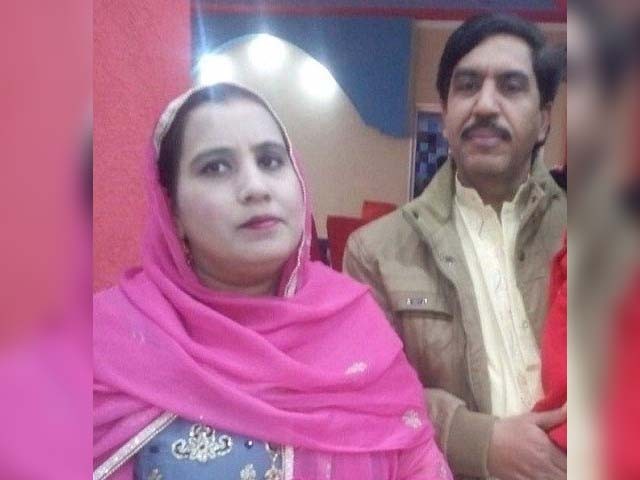 The judicial system has chosen to protect institutions and individuals which hold power instead of the citizens who were wronged. PHOTO: FILE

Justice remains a luxury in Pakistan. The acquittal of the Punjab Police’s Counter-Terrorism Department (CTD) officials involved in the Sahiwal massacre case has endorsed the fact that Pakistani laws have double standards depending on which party involved has greater influence – thus only making the cracks in our crippled criminal justice system all the more apparent. The way the court has released the CTD officials by giving them the ‘benefit of doubt’ makes one wonder that how the murder of a family in broad daylight can be so callously dismissed without any repercussions.

Unsurprisingly though, this is not the first case, nor will it be the last, where the judicial system has chosen to protect institutions and individuals which hold power instead of the citizens who were wronged. From letting Mustafa Kanju walk free after he was accused of murdering Zain Rauf in broad daylight, to the extrajudicial killing of Naqeebullah Mehsud, to the recent killing of Salahuddin Ayubi and now the acquittal of the CTD officials – there is a visible pattern among all these cases. Every time an influential individual or institution commits a crime, the law, the prosecution and the state, each and every part of the system, starts working in their favour. How can the CTD officials be given the ‘benefit of doubt’ when it is glaringly evident that their actions were carried out based on incorrect information?

It is inconceivable in any civilised state that the murderers of an innocent family would be set free by the courts. Instead of bringing the culprits to justice, the state has chosen to stand alongside them, thus disproving Prime Minister Imran Khan’s empty promises to the family of the victims that “swift action” would take place against those responsible for the killings. It is difficult to understand how judges, lawyers and ministers can sleep at night after seeing how an elite few continue to evade the ramifications of their heinous crimes. How can a judge or a head of state ignore the faces of the innocent children who were dragged to court hearings and are probably still wondering why their parents and sister were butchered right before their eyes? Paradoxically, the same day when we were setting the culprits of the Sahiwal massacre free, Bangladesh was punishing 16 individuals who were responsible for burning a female student. The prosecutor in the Bangladesh case said,

“The verdict proves that nobody will get away with murder in Bangladesh. We have the rule of law.”

One only hopes that the same could be said in Pakistan. It has also been reported that the family of the victims in the Sahiwal case has accepted the verdict and will not challenge it in court. This does not come as a surprise since it was earlier reported that the family was allegedly being threatened by CTD officials. In light of this, it is evident that the CTD was desperate to use pressure tactics in an attempt to silence the family, but since threats did not work, the counter-terrorism court decided to help the accused CTD officials out.

Although many have written and spoken about the flaws in our justice system, not a single step has been taken to reform the judiciary or to strengthen the prosecution. A nation that already exploits the weak in monetary terms is now ensuring that weaker segments of society cannot even rely upon the refuge of the law. Furthermore, there is a dire need for urgent reforms in the police department, the institutions and law enforcement agencies that are considered untouchable need to be brought under the ambit of the law and the judicial system needs to be reformed according to standard, modern practices. Moreover, the state needs to think whether it truly wishes to keep controlling society on the basis of fear due to an unlawful system.

Such injustices only destroy the social fabric of society. A state that can’t guarantee justice to its citizens can never expect its citizens to be law-abiding. The state needs to build a system which has the strength to hold each and every influential individual and institution accountable for their wrongdoings. Only a new social contract between the state and the citizens based on modern civic values and laws can bring an end to such brutal killings of innocent citizens. Otherwise, we run the risk of becoming hostages to those in power and will be forced to blindly accept incidents like the one in Sahiwal as commonplace and permissible. While it has been reported that the government will challenge the verdict, it still remains to be seen whether this will lead to any lasting change.