How successful are Imran Khan’s attempts at becoming an international statesperson? 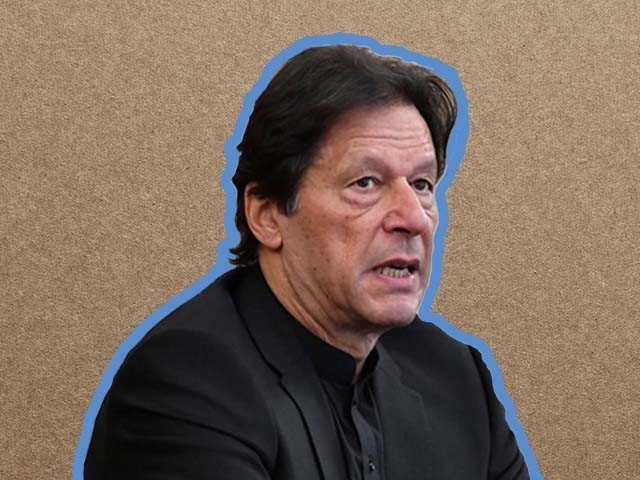 It is clear the Imran is positioning himself as a leader who can be relied upon during an international crisis.

“My son, look for a kingdom greater than Macedonia, for it is too small for thee.”

Alexander the Great’s father, Prince Philip, said this to him when as a young boy he reined in the famous horse, Bucephalus, while everyone else who had tried to do so had failed. Now, while Imran Khan certainly is no great conqueror of lands, nor does he aspire to be, it is evident that Pakistan is too small a stage for him to play on. Even if he wants to dedicate himself wholeheartedly towards fixing Pakistan’s manifold problems and shuns all foreign commitments, it appears that the international arena continues to beckon him.

Evidently, Imran has failed miserably on the domestic front. His inexperience at the helm of domestic affairs has become rather apparent and a failure to address the nations’ economic stagnation could indeed spell trouble for the government. However, given that a large bulk of the problems he has been facing on the domestic front are structural in nature, there is very little Imran can do to combat these issues in the short run. Perhaps that is why Imran has instead decided to forge a path for himself on the global stage and lean into his role as an international statesman. But this raises two important questions: how successful has Imran been on the international front, and will his grandstanding on the world stage make up for his failures at home?

Pakistan is a marginal state in world affairs, considered important mainly due to its geo-strategic location. However, for a nation which does not have much to boast about at international platforms, Imran certainly manages to capture the attention of the world media when he travels abroad. The last few months have proven that Imran is eager to establish his political legacy by achieving something substantial in the international arena. The only questions is, what exactly will that be? His overly-zealous pursuit of wanting to broker a peace agreement between Iran and Saudi Arabia, and possibly between Iran and the United States (US), has thus far borne no fruits, but it is clear the Imran is positioning himself as a leader who can be relied upon during an international crisis. In fact, Imran himself stated that it was Trump who asked him to help ease the growing tensions between Iran and Saudi Arabia. Similarly, Imran has repeatedly argued that if the US is to pull out of Afghanistan, it is imperative that Pakistan helps facilitate dialogue between the Taliban, America and the Afghan government. Whether Imran is able to make any significant headway with regards to either of these matters still remains to be seen, but his intentions to act as a mediator are apparent.

Another international policy objective of his which he continues to advocate for is the formulation of a united Muslim Ummah. Additionally, much like Recep Tayyip Erdogan, Imran Khan has been jostling for a prominent leadership role in this so-called Muslim Ummah. Imran’s proposed Islamic channel designed to counter Islamophobia, regardless of whether it comes to fruition or not, is a strong indicator of the fact that he wishes to tackle wider issues in an attempt to have an impact beyond the borders of Pakistan. While the concept of the Muslim Ummah is still largely on shaky ground and has not garnered the international backing that Imran may have hoped for, it is evident that he wishes to use the platform to help espouse his foreign policy objectives.

Inarguably, Imran’s speech at the United Nations General Assembly (UNGA) was his golden moment on the world stage. His ability to effectively communicate his message in a precise manner has ensured that he is able to rise a cut above the Arab leaders. Imran also appears to enjoy a cordial relationship with Donald Trump, whom he met on the side-lines during his recent trip to America. Furthermore, Imran’s recent trip to the US was primarily aimed at drawing attention towards the lock-down in Indian-occupied Kashmir (IoK), a cause which he did manage to champion quite effectively.

Furthermore, Turkey’s desire to create a 30 mile buffer zone between itself and the Kurdish region in Syria presents Imran with another opportunity to jostle for a potential role in alleviating the current tensions between Turkey and the US. While Imran has thus far chosen not to engage with Erdogan on this matter, if he does, it could help further bolster his international image. Ultimately, Imran’s exploits abroad are no substitute for his failures at home, yet they do provide a window into what role he could potentially play on the world stage.