Will we fight a water war inside Pakistan? 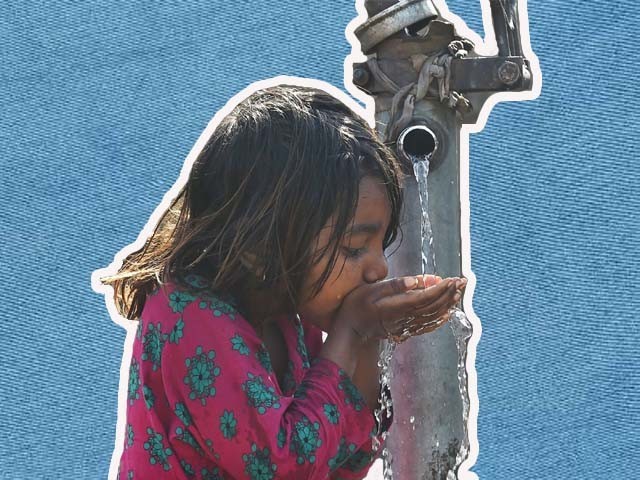 In Karachi, water theft is a thriving business,

Earlier in the month, the news of Narendra Modi threatening to cut off the flow of water from India into Pakistan made headlines across country. But as justified as this outcry was, it does beg the question as to why we seldom raise a voice against the manner in which water is stolen and wasted in Pakistan. The cries for more dams and reservoirs have thus far failed to result in tangible projects, while elsewhere in the country corruption watchdogs have uncovered that certain influential landlords play a big part in the theft of water. There have been many media trials in the past, leading to convictions, but non of this has led to a major political or judicial breakthrough on this important matter. One primary cause for concern is the tanker mafia which in many cities controls and dictates the flow of water. No criminals can thrive in a system without the support of those in power and the backing of their financial empires. Supplying impure and substandard water for the people of Pakistan will only further worsen the situation for the country’s already beleaguered masses. Additionally, the Indus Delta has also been on the verge of death for the last few years.

According to the 1991 Water Accord, it was decided that downstream water supply to regions in Sindh would be mandatory until a survey was conducted to determine the exact amount of supply required for the benefit of the people of the province. Let us break this down. A minimum of 10 million acre feet (MAF) of water is the required quantity, and the failure to reach this mark has led to a major shortage of water within the Indus Delta basin. For Karachi, the crisis is much more serious since the theft of water is a thriving business and politicians are yet to openly identify this growing problem and have yet to use legislation to crack down on it. Almost 35% of the water supply is stolen through different forms of organised crime such as the use of illegal hydrants, home suction devices or the mafia controlling the supply in highly populated areas, where water is sold for a higher price.

In some areas of Karachi, like Orangi, people walk all the way to main water tanks and fill their cans manually to ensure that households get a daily supply of water. Many of the pipelines that have been laid out are of substandard quality, thus leading to leakages and wastage of a lot of water along the transmission route. People still pay their water bills on time and the Karachi Water and Sewerage Board (KWSB) has yet to make sincere efforts to ensure that their internal problems are attended to. Sewage has started to penetrate water lines, contaminating the water supply and resulting in hazardous chemicals and diseases permeating the water. Furthermore, we must also keep in mind that bottled water is only affordable for a certain class, and ground water is brackish and not fit for consumption. People living in apartments are paying approximately Rs3,000 per month for water supply maintenance, while still using bottled water for drinking, where the average cost of drinking water on a monthly basis is around Rs4,000 a month for an average family of four to five people. So the combined cost of water per household today would be around 7,000 for starters.

Yet, the government has not announced any strategy on equitable water distribution for the nation nor have they announced the names of the biggest water thieves depriving the nation of the basic commodity which should actually be free for consumption in a true welfare state – after all what is point of us paying our taxes if we are not even getting basic amenities like water? We must also agree that the commitment made under the Water Accord of 1991 was subject to the construction of more dams. However, would one province agree to a drastic reduction in its own share in order to increase the share of water to another province? Is there a water policy officially in place? Will we fight a water war inside Pakistan? A policy must now be implemented to revisit the clauses of the agreement. Water is a booming business, a commercial enterprise that is reeking of profits right now. Civic sense must prevail and the people of Pakistan must be given a clear right to safe and clean drinking water. Progress reports on dams currently under construction or already functioning must also become public information. The people are suffering as a result of the economic downturn and we as a country are still not out of the woods yet. Sooner or later, the issue of dams will surface and we do not want a water emergency, especially in a country with a primarily agrarian economy, to remain unresolved and unattended.