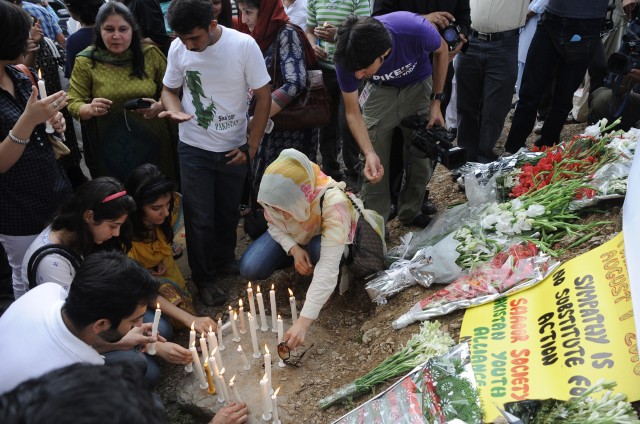 What made the plane crash of July 28 different from all the other numerous tragedies – suicide blasts, floods, the war in the north – to recently befall Pakistan? This is one question on many people’s minds. On the day of the crash at least 80 other deaths took place in our country. Deaths not related to the crash. Yet this one incident took precedence not only in media coverage – do reporters run to the houses of victims’ families after every suicide blast or drone attack? — but also in the hearts and minds of those around me.

The difference seems to be that we have learnt to quickly move on after hearing about the other tragedies. Maybe it’s because we have become immune to them and not giving them too much thought is a natural reaction, our mind’s defence and coping mechanism. After all, is it possible to be touched deeply by each incident without being perpetually depressed, feeling guilty, lucky, helpless, grateful, and yet have the will to deal with daily life, realising all its trivialities? If we were all too aware of our own mortality every second of every day would we be able to plan and think about our future?

Or maybe the answer is this: we cared more about the plane crash because we knew more people involved in the tragedy. As a friend’s Facebook status said, she was “amazed by how the plane crash tragedy puts the ‘six degrees of separation’ theory into a whole new perspective.” If we didn’t know anyone directly, we definitely knew someone who knew someone. A friend’s friend’s cousin. A business partner’s wife. The list went on. Add to that the fact that many of us had probably taken that exact same flight route several times ourselves, the it-could-have-been-us syndrome means it just hit closer to home.

Another friend lamented about how people were able to make the crash “all about themselves, how they felt, how it saddened them.” He put it down to narcissism. I put it down to human nature.

What I witnessed in Bangladesh

Of copper, cobalt and chrystals