The mystery behind Sir James Abbott’s bizarre tribute to Abbottabad 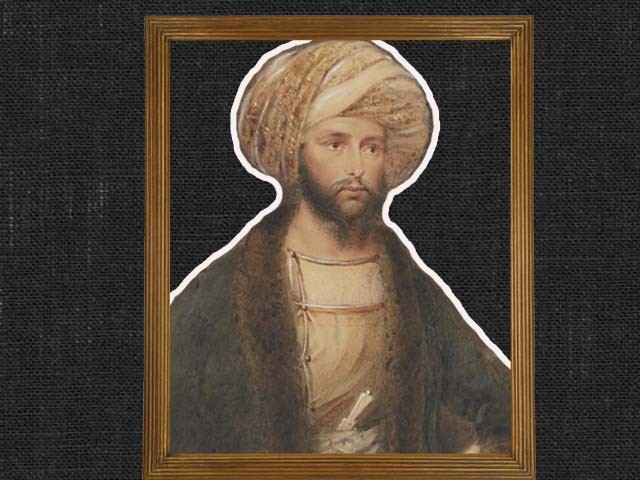 On the face of it, the poem is a rather benign tribute by a man for the city he loved.

If you were to take a stroll through Lady Garden Park in Abbottabad, you would eventually come across a marble plaque on which a rather infamous poem has been inscribed. Simply titled Abbottabad, the reason the poem has garnered a certain degree of notoriety is more to do with the man who penned the poem rather than the poetic styling of the piece itself. This poetic tribute to Abbottabad was written by the very man whose name the city and district still share – Sir James Abbott.

It interesting to note that unlike certain other cities in Pakistan which were named after British officers, Abbottabad is the one of the few cities to have its name remain unchanged. Faisalabad, for instance, was initially named after the then Lieutenant Governor of Punjab Sir James Broadwood Lyall and referred to as Lyallpur during the days of British colonial rule in the subcontinent. Similarly, Attock was named after Sir Colin Campbell and called Campbellpur. Both Lyallpur and Campbellpur had their names changed in the late 1970s, yet, the city and district of Abbotabad continue to hold onto their name, which begs the question: who was Sir James Abbott?

By most accounts, after having served in Afghanistan and in various cities across Punjab, Abbott was made the first deputy commissioner of Hazara and eventually went on to lay the foundations in 1853 for a town that would later be called Abbottabad; and indeed, to this day, the city still holds Abbott in high regard. While there are certain local legends which depict Abbott as nothing more than a duplicitous individual, the general perception of him is of a man who worked to improve the lives of those whom he governed. In fact, during my trip to the Abbottabd last year, I was surprised to note that the deputy commissioners house still has a portrait of Abbott hanging on the wall. Photograph of Abbottabad from the Macnabb Collection, taken by an unknown photographer in the 1860s. Photo: British Library Portrait of Sir James Abbott painted by B Baldwin in 1841. Photo: National Portrait Gallery of London

But what continues to be upheld as the ultimate representation of Abbott’s love for Abbottabad is the poem which has now almost become synonymous with the city. According to Charles Allen’s book Soldier Sahibs: The Men Who Made the North-West Frontier, the news of Abbott being transferred to Calcutta from his newly founded town was met with much sorrow by Abbott; as a result of which he penned the following,

Now, on the face of it, this seems to be a rather benign tribute by a man for the city he loved. However, not only is the poem arrhythmical and the construction almost comically clunky, the forced attempts at trying to establish a poetic metre are almost juvenile and the grammatical errors are practically pedestrian. This in turn has led many to believe that the poem is either a mis-attribution, a poor translation into English from Urdu, or that Abbott was simply an inept poet who neither had the faculty for, nor an understanding of, the English language, let alone poetry. As far as the case for a mis-attribution is concerned, there is little to no evidence to confirm the veracity of such a claim. The theory that this poem may have been badly translated into English from Urdu seems plausible, until one reads the Urdu version of the poem. 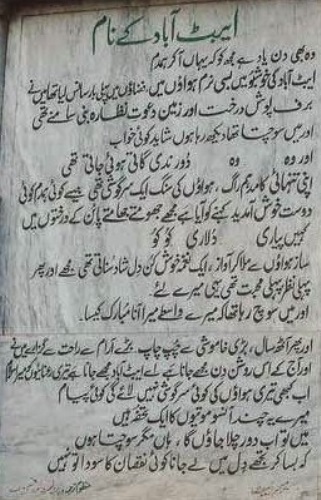 It is rather evident that neither the English nor the Urdu version of this poem seem worthy of being remembered for their literary merit, yet Abbot’s poetic tribute for Abbottabad has defied the odds and stood the test of time. While other works of poetry have fallen by the wayside, Abbottabad has endured, and the poem continues to be cherished by many in the city even today; an emblem of just how much it has to offer. But perhaps the reason that this poem is still held onto tightly today is more to do with the fact that it was supposedly written by a white man who expressed an admiration for something local. Perhaps our love for this poem stems more from the fact that a coloniser expressed his love for our land. Whether Abbott actually wrote this poem or not may never be known, however, what is true is that a beautiful city like Abbottabad deserves to have a far better poem written in its honour, preferably by a local.

The writer is a media studies student at the Beaconhouse National University (BNU). He tweets @turyalazamkhan (twitter.com/turyalazamkhan)