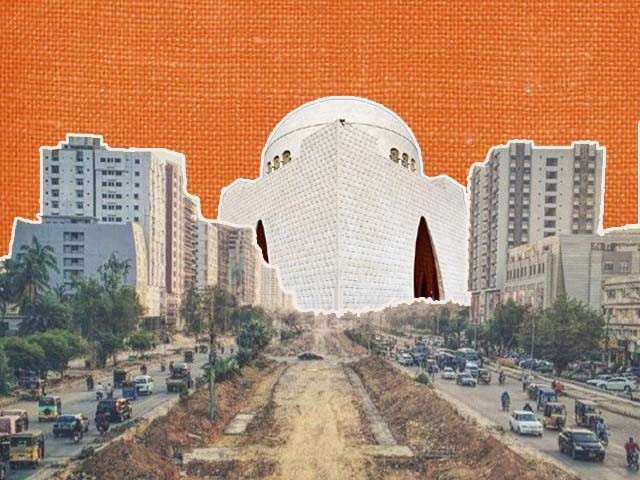 The crumbling infrastructure of Karachi is increasingly ill-equipped to handle an uncontrollable influx of people.

It is no secret that the urban centres of Sindh have been ignored for quite some time now. The city of Karachi voted for Pakistan Tehreek-e-Insaf (PTI) in the last general elections hoping that Imran Khan would change the fate of this neglected city, yet no concrete policy measures have been put in place in order to help solve the myriad of problems that this city is facing.

The 18th amendment has further complicated matters and left the city to a government that is essentially ruling an urban centre with a rural mandate. Therefore, in light of the city’s deteriorating condition, it isn’t hard to see why some quarters have been calling for the invocation of Article 149 in the metropolitan. The proposed Karachi uplift package seems like another attempt at trying to get the federal government to help remedy Sindh’s problems.

At the behest of Muttahida Qaumi Movement-Pakistan (MQM-P), PTI has assured the party that the federal government will release funds for the city, and other urban areas of Sindh, if the provincial government refuses to do so. This proposal only reinforces the ongoing tussle between the provincial and and federal government about who should be held responsible for the deteriorating state of affairs in Karachi. Under the previously announced Public Sector Development Programme (PSDP), Karachi is expected to receive Rs16 billion for the facilitation of 44 development projects in the city. But will simply funneling money into the urban centres of Sindh solve the inherent problems that are festering in these cities?

Brief spurts of monetary relief will be largely inconsequential if there is no uniform development policy put in place by the Sindh government. Throwing cash at Sindh in the hope that the province will reform itself represents a short-sighted approach towards a larger issue and such reactionary measures are representative of an inability to formulate long-term policy goals. Due to such inefficient policies, the masses are not only burdened by the problems which result from poor infrastructure, they are also expected to donate for relief measures which should be the responsibility of the state. Take for instance the ‘Lets Clean Karachi Fund,’ which appealed to citizens to contribute monetarily so that a cleanliness drive could be carried out in the city. Why should the taxpayer be burdened with this? It is the duty of the provincial and municipal authorities to put into practice solutions to the wide array of problems which have been harvesting in Sindh. A failure on this account thus leads to the likes of MQM-P having to ask the federal government for a Karachi uplift package.

While the proposed uplift package will supposedly address the most pressing issues plaguing Karachi, the reason it is needed at all is because there has been no serious effort by the government of Sindh to improve urban infrastructure in the province. The recent rains exposed the performance of the sitting provincial government when the entire city was submerged in water, the sewage system collapsed, people died due to electrocution, and piles of garbage accumulated across the city. Due to the absence of an urban management system, inefficiency of the civic agencies, and corruption within the concerned departments, civic issues are continuously piling up while the city government and provincial government are engaged in a relentless blame game – all while the citizens suffer. Petty politics and personal grudges have meant that Karachi’s problems continue to fester, as evidenced by the spat between Mustafa Kamal and Wasim Akhtar.

A comprehensive package is therefore badly needed for this city. The current  governance vacuum in the region can be only filled if the federal government comes to the rescue with some federally funded projects. Besides the Karachi package, the federal government must involve foreign parties to help with issues such as the revival of the Karachi Circular Railway, solid waste management, the Karachi Bus Rapid Transit (BRT) network, and a complete overhaul of the city’s sewage and water supply infrastructure.

Karachi is home to people from across the country, and each day more and more people migrate to the city in the hope of improving their economic prospects. The crumbling infrastructure of this city is increasingly ill-equipped to handle this uncontrollable influx of people. The burden on these facilities is already immense, due to which katchi abadis (illegal settlements) have sprung up across the city. These issues need to be tackled by formulating a comprehensive strategy before any future initiative is put into action.