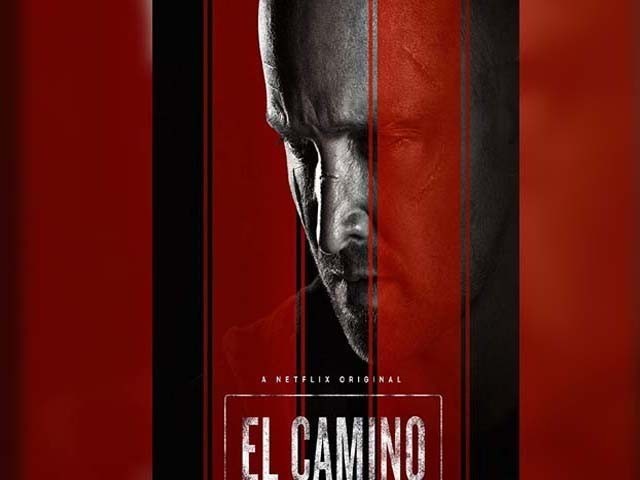 Primarily created for the fans, the film recaptures the feeling of its parent series. PHOTO:IMDB.

In the days leading up to the release of El Camino, the Breaking Bad fandom eagerly dissected every single frame of the film’s trailer, making it glaringly obvious that there were high expectations from the movie. And why wouldn’t there be? After all, the movie is a follow-up to one of the most critically acclaimed television series ever made.

Drama creator Vince Gilligan once again taking the helm for the movie was another factor screaming that the cinematic continuation was bound to be a masterpiece. But high expectations are a slippery slope and perhaps, for this very reason, the thoroughly entertaining El Camino seemed just a tad bit underwhelming in the end.

The movie picks up right where Breaking Bad left off. A beat-up traumatised Jesse Pinkman, essayed by Aaron Paul, escapes captivity and runs to Skinny Pete and Badger; played by Charles Baker and Matt Jones respectively.

Pinkman decides to lay low as the events of the scene he fled from make the national news and mark him as a person of interest. With the law enforcement hot on his tail, Pinkman not only has to figure out how to evade capture but also how to forever leave the mayhem behind that led him to this disastrous point. Guiding him on his journey are memories from his past in the form of flashbacks that both shape the narrative and give familiar faces a chance to reappear.

Some sequels are designed to also cater to viewers who may not be familiar with the original series, El Camino is not one of them. The film recaptures the feeling of its parent show and feels like an extended episode of it.  But the familiar characters, setting, and ambience invoke nostalgia that Breaking Bad fans will find impossible to resist. Gilligan’s powerful writing provides compelling characters with wry wit at the centre of a dark drama coupled with an intriguing narrative.

Despite Gilligan’s prowess, El Camino doesn’t make any mind-blowing revelations nor does it contain spectacular twists.  Instead, this meditative slow burn follows Pinkman on a journey, the trajectory of which is highly predictable. Although one cannot argue that the story reaches its end efficiently, it does leave one thinking had the movie started where it finally ended, it may have made for a more fascinating watch.

The movie focuses on the immediate aftermath of the Breaking Bad series and perhaps covering a longer timeline may also have been a better idea. Those expecting to see the return of the entire cast and wanting to watch their storylines unfold would be sorely disappointed. Although some characters from Breaking Bad do come to the big screen, many of them are conspicuously absent. But then again, this was meant to be Pinkman’s story and not an all-encompassing epilogue to the series. Whether or not that is a sign that Gilligan may have more movies in store for us from the Breaking Bad universe remains to be seen.

Stellar storylines can get lost if the actors don’t do them justice but just like the series, the actors bring their A-game, while Paul is nothing short of fantastic in his portrayal of Pinkman. The only thing that may distract from the acting is that some of the actors look drastically different, which is not a surprise considering Breaking Bad ended in 2013.

All in all, El Camino is an entertaining continuation, even if it does not rise to all the expectations one may have had from the sequel of such an incredible show. But the movie is definitely worth a watch and will fill at least some of the void that Breaking Bad left in our hearts after its end.