As Asian economies take centre stage, how can Pakistan cash in? 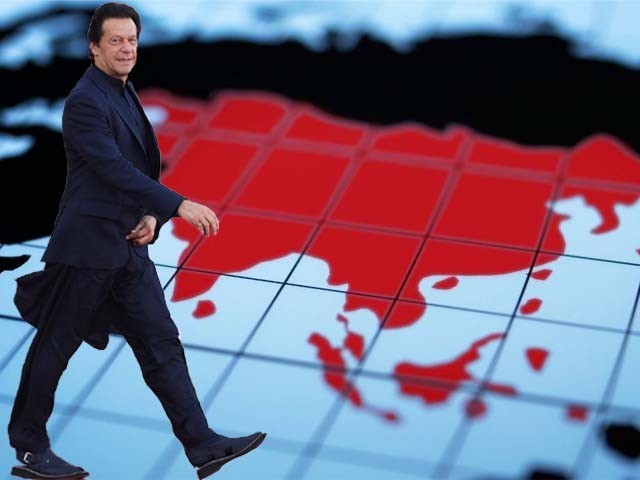 For Pakistan, the cycle of economic growth and development will begin with investments and regional integration.

The economic map of Asia is changing at a fast pace, shaped by trade disputes between the United States (US) and its trading partners, and by commercial developments in Asia, especially in China. The Trump administration is using tariffs, and the threat of higher tariffs, to leverage its bargaining positions and extract trade concessions through negotiations with China.  While policymakers in the US and China are struggling to come up with a joint communique, business executives are going to the drawing board to decide what to do next.  A key decision for these businesses is what to do with their value chain, the mix of production and distribution activities that add value to their products and services.

The widely dispersed value chain activities of corporations are the products of globalisation. Companies have taken their manufacturing and assembling operations to places where they can be most economically and efficiently performed. Apple, for example, sources components and parts for its iPhone from more than 20 countries, most of them in Asia. These components and parts are sent to China where they are assembled into finished products and then shipped to markets throughout the world. For Apple, Haier, Samsung, and others, the uncertainty of trade wars and the economic ascendancy of Asia have drawn the reconfiguration of the value chain activities to the forefront.  These companies are looking for ways to reduce manufacturing and assembly costs to stay competitive. They are also looking for markets to sell their products.

Asia, now centre stage, is drawing attention for its manufacturing prowess and lucrative markets. The high gross domestic product (GDP) growth rates that many Asian countries have achieved, propelled by increasing productivity and exports, have made the region vibrant and prosperous and heightened the prospect of making Asia the world’s largest regional economy.

Asian economies are growing at a rapid pace and will continue to grow faster than economies in other regions such as Latin America, Europe, and North America. Economic changes sweeping across Asia are both breathtaking and unprecedented in their scope and impact. Regional integration has increased, and the idea that this is the Asian century has taken root.

Countries in South, Central, South-East, West, and East Asia are benefitting from greater economic integration as well as from the ongoing trade disputes. Vietnam, for example, has seen an increase in the inflow of foreign direct investments (FDI) not only because it is seen as a cost-effective location for manufacturing and assembling activities but also because it enjoys preferential tariffs on its exports.  Other countries in the region such as Thailand and the Philippines are also benefiting from the changing business climate and increased flow of FDI.

But the reconfiguration of value chain activities in Asia is creating both opportunities and threats. For Pakistan, these disruptions present opportunities. With over 210 million people, it is the fourth largest country in Asia and the fifth largest in the world based on population. It is both a large market and a valuable source of labour. Businesses need a disciplined labour force and Pakistan can and should look to provide this.

No one would argue with the idea that Pakistan should grow economically, increase income, reduce inequality, and improve the quality of life of its people. The argument, however, and not unexpectedly, will come from how to achieve these goals.

The country will need to redirect its attention to its neighbours in order to increase the flow of goods, capital, technology, labour, ideas, and information. However, the main stumbling block will be that Pakistan is not regionally integrated. Its share of Asian exports, imports, and FDI remains miniscule. While Asia has become a major source of FDI, Pakistan has not been the destination for investments. The inflow of manufacturing and service sector FDI into the country, for example, is lackadaisical and not commensurate with its market size and labour force. According to the United Nations Conference on Trade and Development, Pakistan witnessed a decline in FDI in 2018, while India, Bangladesh, and Sri Lanka experienced an increase.

Investments always flow to countries where returns can be maximised. Businesses require an environment that is stable and predictable, which is why Vietnam is attracting investments because of its stability and disciplined workforce. Pakistan is slowly moving towards stability, and its work force is industrious. Lest we forget, it is the same work force that helped build the vaunted infrastructure in the Middle East, its bridges, roads, hospitals, skyscrapers, schools, houses, and palaces in the oppressive and scorching heat.  This is the workforce that stands at the front-line, ready to work for corporations willing to give them a chance.

For Pakistan, the choices are clear. The cycle of economic growth and development will begin with investments and regional integration. As domestic investments are not forthcoming at a desirable rate and are not going to sectors that can jump start the economy, FDI, preferably in labour intensive industries, appears to be the best option through which economic activities in the country can be revived and expedited. Pakistan needs to work towards becoming more regionally integrated. Asian countries that integrate with the regional economies will see themselves poised to reap the benefits. Those who choose not to integrate will be sidelined, watching the wonders of economic growth and development merely as spectators and wondering where they went wrong.