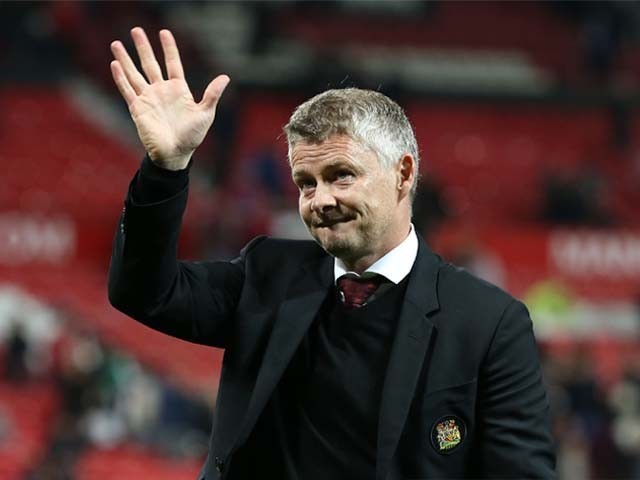 “And Solskjaer has done it. Manchester United have reached the promised land!”

No Manchester United fan can forget this memorable sentence. Exactly two decades ago, Manchester United were crowned the champions of Europe after a thrilling encounter against Bayern Munich at Camp Nou, Barcelona. Ole Gunnar Solskjaer’s fabulous goal in injury time made him a hero for the Red Devils that night.

Twenty years later, Manchester United once again put their faith in Solskjaer as he arrived at Old Trafford as United’s caretaker manager in the middle of the season. But his tenure at the club since then has been rocky to say the least. In light of recent performances, his future at the club now seems uncertain, and some are already demanding that the former player be sacked.

Solskjaer arrived at Old Trafford when the team was already in shambles under the leadership of Jose Mourinho. As Ed Woodward and his management bid a final goodbye to Mourinho, Solskjaer was seen as the man who could take United back to the top of the table. The former FC Midtjylland’s boss landed in Manchester with a hope to pull United out of the deep trench they were in and to rebuild the team that was once a title contender. He got off to a promising start as United triumphed in London thrice when they beat Arsenal, Chelsea, and Tottenham in their own backyards. Although their first defeat came against Paris Saint-Germain (PSG) after a long spell, Solskjaer surprised everyone in Paris when his side thrashed the French champions at Parc des Princes, thus mounting a remarkable comeback. But that blistering form has now fallen by the wayside.

Shockingly, United’s last away victory was in March when they travelled to Paris. The curse of away games continues to mount on Solskjaer’s shoulders as fans have begun questioning whether he has what it takes to be United’s permanent boss. Moreover, the fact that United failed to qualify for the Champions League and have only found the back of the net more than once away from home has meant that calls for Solskjaer’s removal have only become more vociferous. Ultimately, Solskjaer’s poorly assembled team has become the instrument of his undoing.

Manchester United welcomed Harry Maguire to the club during the summer transfer window, yet the team still looks susceptible at the back. Since the likes of Rio Ferdinand and Nemanja Vidic are no longer there to safeguard the goal, United need a proficient defender to partner with Maguire. Even though David de Gea is one of the finest goalkeepers in the world, he needs a strong back four to support him. This is one of the primary reasons as to why the likes of Newcastle, West Ham and Crystal Palace have had no trouble in defeating United.

Even though Romelu Lukaku’s form at Manchester United was not promising, his presence at Old Trafford was vital because he did step up to the plate on numerous occasions to find the net. But since the Belgian left United for Inter Milan in the summer, the Red Devils have had to rely on Marcus Rashford, who is still too young to be United’s main attacker at the front. The team has always been famous for its ferocious strikers in the past, but things have taken a turn and the club are finding it hard to score many goals.

United’s holding midfield is in shambles at the moment as Scott McTominay is simply not ready yet to become United’s main central midfielder. United desperately need a holding midfielder like Paul Scholes in the middle to have control and manipulate the game. Nemanja Matic’s glory days at the club have come to an end and that’s why Ole should be looking for a stout holding midfielder so that Paul Pogba can freely support the attackers.

If Solskjaer doesn’t quickly turn around the club’s fortunes, he could end up becoming the latest in a long line of mangers who have come and gone through Manchester United’s revolving door. Solskjaer can use the current international break to get some time to formulate a strategy to help save his job. Although the management has not taken a final decision yet, Solskjaer’s future at the club looks rather bleak. Their bitter rivals Liverpool will visit Old Trafford soon after the break before United travel to Partizan Beograd. If Liverpool manage a victory in Manchester, it might be the end of Solskjaer’s career as United’s boss. It’s crucial that United regain some of their lost form in order to get back on the track since they are only two points away from the relegation zone. They have lost the panache and glamour which used to define the club during Sir Alex Ferguson’s reign, and it seems unlikely that Solskjaer will be able to recapture it.