I walk the line 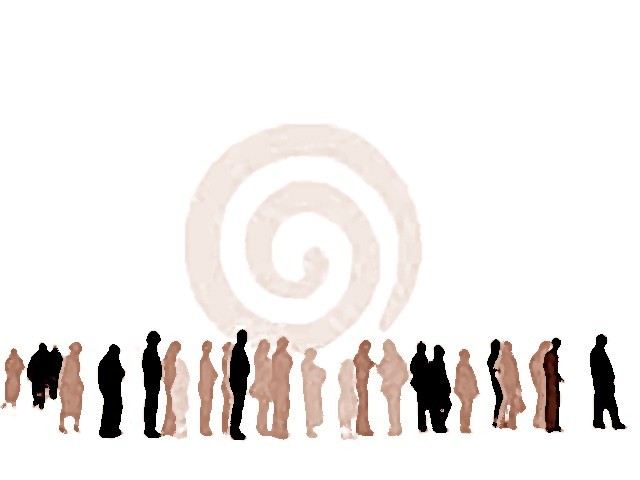 When you step into a government office line, you are not a person.

If you are standing, have ever stood, or in the future plan to stand in a line in a government office – read on. But, first, let us establish who you really are. You are someone waiting in a line, of people with strikingly diverse dialects and personas, to get your driver’s license or ID card. You belong to the educated, upper-middle class of the country. You ardently hope to see this country ‘change’.

This is why, when your father or uncle offered to place a few calls to save you the trouble of waiting in line,  you chose to abide by the process yourself like any ordinary citizen.

Yet, in spite of all of this, the day you decide to stand in that line, you are not a person, you don’t have a life, you don’t have respect, you don’t have any commitments or any deadlines that you might want to meet. In fact, you have all the time in the world and you are assumed to spend it all in that line. The line loves you. Whether you love it back or not is irrelevant.

And lastly, you are not a name; you are a number on a list.

With the fundamentals established now, you may proceed towards the line. And don’t worry, it might look like a triangle – and, at times, like an awfully large group hug – but rest assured, it is a line. Also, it doesn’t matter if it is in front of a small window or a large desk. You won’t be able to catch a glimpse of either for a very, very long time. Just hold on tight to that parchi (slip of paper) that the underpaid and scarf-wearing policewoman on the previous desk handed you. Just enter the line and remember your name; it is ‘wait-list number 1340593’.

Now, look around and say hello to your company. That seemingly all-rules-and-righteousness middle class guy in front of you, the one with his dress shirt tucked in very properly and his office ID still hanging from his neck, will always stay in front of you. The shalwaar kameez man who just joined the line behind you, the one you can smell more than see, will always stay behind you. Except, of course, for the times when he tries to push you aside and get ahead of you. And you really want to look out for the snotty uncle three numbers ahead of you in line; he will be the sole source of your entertainment for the next few hours.

My penultimate bit of advice to you is to allow the environment to acquaint itself with your being. Let the puddle please your eyes and allow the odour to grow on you. This is your life now; embrace it while you finally reach the point when you can witness the all-rules-and-righteous guy in front trying to lean on and explain to the guy in front of him (yes, they bonded ‘over the line’) that he will not pay any ‘extra-charges to this window-guy in uniform.

If only he knew that the window-guy is not interested in his extra-charges. Bribery is overrated. What the window-guy is interested in is listening to his whole ringtone that sings Dard-e-Disco every time before answering his frequent calls, probably coming from other window-guys from elsewhere in town. You might resort to, at first, lecturing him about his duties and then opening up your book-of-expletives, but I would suggest you save it. Not to pose any doubts surrounding the prowess of your vocabulary, but the thing is that window-guy just isn’t interested in earning your respect.

I don’t blame him. Did you ever care what 32 thinks about you?

Anyhow, just like any dark tunnel, there is light at the end of this one as well. You will realize this in the very second when you finally get to that counter. So what if Pakistan lost to India in the World Cup? At least, you see a genuine shot at getting your rightfully earned license now. The small pleasures of life will certainly achieve great value now as the window-guy hands over the three by three piece of hard paper that you were waiting for.

Look at it up-close; wait-list number 1340593. Year 2016 is when you might have to visit here again for a renewal. Realistically, neither the process not the processors seem to be changing any time soon, just like that contact of yours that you wish to God you had made good use of.

So, five years from now, would it be saner for wait-list number1340593 to call up his high-up contact for assistance or would it be foolish of him to follow the whole process again like the average citizen?

A film critic & writer for Tribune, filmmaker, and a student of anthropology at LUMS