Teacher, don’t stand so close to me 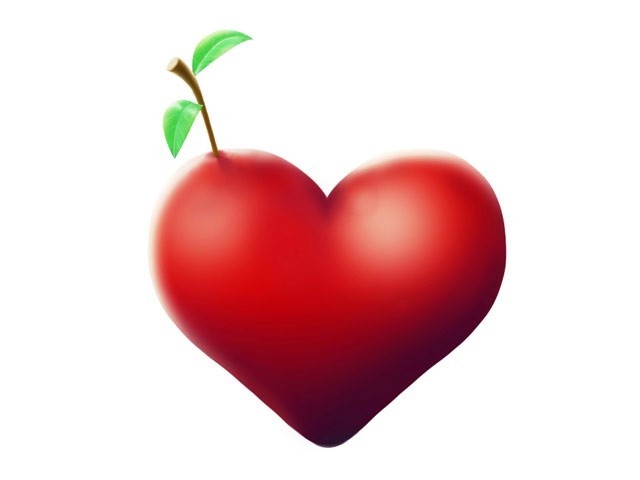 We’ve all done it when we were awkward and fourteen. The teacher was probably not even young or good looking.  But we did it for approval, for love, for a better grade, to be admired.  A student of mine alerted me to an interested phenomenon recently. There was this girl who was most sober in my class, did her work, took copious notes, wrote at college level, her glasses high on her nose, she looked like she had just stepped out of Hajj.

My student told me in reference to her:

“You should see her in the Eco teacher’s class. She is so hyper; you have to pull her down from the top of desks. She can’t shut up with the “sir, sir, sir, sir…but sir when is our treat?”

Why do girls act cute around older men?

I doubt they just want to be fed pizza because they need the calories. Usually the flirting is more heavily between female students and male teachers. Of course some young women teachers may become fantasy figures. But most female teachers, at least the older ones, are more like mother figures to be feared, revered, lied to; they are distant and seem to regard the youth with suspicion.

How does this flirting happen?

Do the girls notice the teacher’s propensity and try to capitalize on it because they want to get better grades, or are they insecure and need validation? Is it important to allow such dynamics to develop because there is emotional growth in every experience. As long as girls are shielded from overt abuse, this is a chance for them to learn how relationships work, explore their own longings and desires, however risky, for an attractive teacher, and be able to access them in a more engaged manner. The problem with that theory is that most such relationships always carry the danger of turning predatory.

A few months ago, I heard the story of a certain teacher at one of the DHA schools who has come close to sexually harassing female high school students. He advises his colleagues to do the same and treats it like a job perk. But even if they are not predatory per se, the teacher is usually more confident, smarter, has figured more in life, has definite desires, and is using the young person in the process to impress them with a certain ideology, or educate and dominate them in some other way. Also, he’s at this gig every year on repeat mode. How jaded does it get in ten years?

Students, on the other hand, have not studied politics and are not yet able to reference their experiences within a feminist framework. Years from now some of the girls may question memories and encounters even if they were willing and enthusiastic participants, and realise that their teachers were unnecessarily reciprocative to flirtatious overtures from them. Some may feel taken advantage of and carry with them shame, and guilt for appearing coy and being vulnerable. I can totally imagine Kangna Ranaut playing the grown up distraught and distorted version. Some, of course, may think the whole thing was hilarious, and dismiss the teacher as pathetic, and feel empowered. Think Samantha from Sex and the City.  It’s not that uncomplicated.

I remember we once had a recent college graduate come and teach us maths and all the girls had crushes on him. He once asked me, amidst all the bubbling hormones in the physics class, to sit next to him. He was perched on a steel desk, and he went ‘pat pat pat’ at the spot smack next to him. I know I did not learn anything about anodes and cathodes – but it was an elevating, edifying moment. Did he not know? Did he know and was this a conscious and manipulative act? In hindsight, definitely the latter.

I once asked an even older male teacher what his first name was. Now, if I had a teen aged daughter who did the same, I would be mortified and provide her with life affirming lessons. And the teacher thinking, all of 45, smiled back and entertained the query even though it was, at the time, not the road to go on. I did not feel exploited, and the situation needn’t be at least not in the immediate sense. But how should a teacher respond if he (or she) is wholesome, compassionate, and has good gender politics?

Discourage without disparaging,  maintain a distance without being mean, disallow boundaries from being transgressed inappropriately, check in class if anyone is feeling uncomfortable, transform flirtatious moments into teachable ones, and generally not make a big deal out of much.

What if the age gap is less troubling – a 20-year-old college student and a 30-year-old teacher? A 24-year-old student and a 50-year-old professor? A story that circulated when I was at law school was that of the ‘blonde who tumbled out of a teacher’s office in a dishevelled state. I had no reason to believe the story to be true, but I did lose a little respect for the teacher.This was a solid leftist, his partner was a hard working American, he never patronized Starbucks, and believed in community parenting. I can understand the terrible temptation – a woman who is capable of consent thrusts herself upon a teacher in a country where free-willed sexual encounters are not criminalized, the age difference is kosher, and in some sense, the teacher is not infantilizing her or being paternalistic by making the choice for her that nothing should transpire. The only thing holding him back is accountability to the oblivious partner who during that moment may be mopping vomit from an oncology floor at the local hospital.

Even more unclear is the case of the teacher who talks explicitly in class. I had an English teacher who was teaching us Gothic Fiction. He invited the students to his house to watch the film “BladeRunner” and then in class said that the character had to have strong legs as being a prostitute it was inevitable. An American student was so disturbed, she confronted him and called him out in class as being unnecessarily sexual. It was an awkward moment and to my relief, he defended it. How can you teach Dracula and the Exorcist without talking about sex and sexuality? There is no point supporting a puritanical position by mistaking it for feminism.

But still, regardless of the age differential and subject matter, the onus should be upon the teacher to ensure that he does not tacitly or expressly encourage flirtation or be kinky otherwise. I know that makes life very boring and bereft of the exciting possibilities in the riskiest of human relationships – but think regulatory.

Some relationships can turn abusive and the weakest must be protected from behaviour that amounts to harassment, incitement, or other offences. There is a power dynamic in a student-teacher relationship regardless. The teacher is empowered. Students are unemployed, younger, “wet bus stop, she’s waiting, his car is warm and dry, notwithstanding.”

So here’s the drill.

Don’t flirt back because there is potential for abuse. When in a meeting , leave doors open. Always make sure someone else is present when you meet with a student. Don’t always treat the students to pizzas and burgers. Avoid all meetings in cafes and restaurants. Be cordial and polite, not demeaning and negative. If you can’t help the urges, seek help, get out of teaching and go to a call centre.