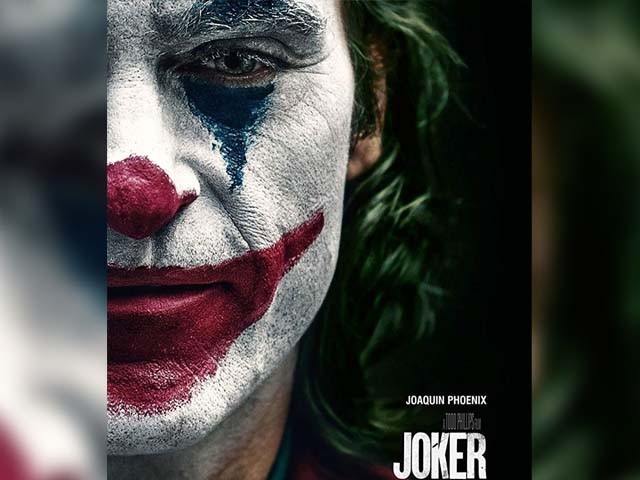 The Joker is, by design, a villain beyond comprehension; more ‘it’ than ‘he’. PHOTO: IMDB

You would think that Joker has no earthly reason to exist as anything other than a gimmick aimed at making profits off a highly marketable property. However, Todd Phillips and Joaquin Phoenix have elevated it into a politically conscious art piece that defies all expectations.

The most important thing to understand about the Joker, is that he isn’t meant to be understood. He is, by design, a villain beyond comprehension. You are not supposed to put yourself in his big clown shoes. Joker, more ‘it’ than ‘he’, is an avatar of chaotic evil; a human-ish represenation of a gas cylinder exploding unexpectedly in a crowded room. You cannot make quite make sense of why it happened or who precisely is to blame for it. All you can do is try and cope with the loss.

Until Todd Philips’ latest rendition, Joker never really had a definitive origin story. His story has changed constantly over the last half a century or so; an accidental fall into a vat of chemicals at one point, and an abusive parent at the other. In Christopher Nolan’s The Dark Knight – featuring the award-winning portral of Joker by the late Heath Ledger – this ambiguity is represented by Joker telling different stories of how he got his facial scars.

It’s unlikely that Joker was ever conceived as a solo character since he was written as the absolute inverse of the Batman. Joker is wild, colourful, and unpredictable, with a need for constant attention, relative to Batman’s bleak outlook and secretive, brooding personality. This powerful antagonistic relationship is smartly parodied in The Lego Batman Movie.

In the age of dark and gritty reboots of old comic book characters, Todd Phillips has reclaimed Joker from the Comics Code Authority and its active attempts to sanitise this character. Now more sinister than comical, Phoenix portrays Joker as a manifestation of the contradictions we all embody.

Joaquin Phoenix as the definitive Joker

The film opens with Phoenix as Arthur, putting on clown makeup while a solitary tear rolls down his painted cheek. Eerily, he lifts the corners of his mouth with his fingers to feign a grin, though the trauma embedded in his eyes is painfully noticeable. The first scene is a user manual of sorts for the audience: expect the visuals to be inconsonant with the emotional tone of the film at all times. Phillips reinforces this by adding a neurological disorder to Arthur, which results in uncontrollable bouts of laughter, often at highly inappropriate times.

Phoenix’s performance for a character as complex as Joker is crucial to the story. You can get an actor to cry on cue. You can tell an actor to laugh maniacally. Rarely can you get an actor to do both at the same time, and convincingly enough so as to not lose the emotional weight of either. Phoenix’s performance is reminiscent of the ‘Hide the pain Harold’ meme, portraying an elderly man whose eyes signal sadness while his lips indicate mirth. His ability to convey conflicting emotions is key to the film’s theme. The killing joke is ‘capitalism’

While reviewers will inevitably draw comparisons to previous iterations of the Joker, it’s hard not to compare him to an unlikely Disney character remake. Like Maleficent, Joker sets out to explore and ultimately humanise a popular villain. Maleficent, despite Angelina Jolie’s stellar performance, failed as a remake because it ended up altering far too many elements from the original story; thus failing to transform Maleficent from a evil sorceress into an indignant protagonist.

Joker, miraculously, changes very few plot details from the previous versions. The only thing that changes significantly is persective. For the first time, we are no longer looking down at Gotham city from the eyes of an angsty billionaire orphan perched on top of a tall building. We’re now looking up from gutters at the smug billionaires and their empty promises, through the eyes of an abused, mentally unwell worker.

Joker is still an agent of chaos, while Bruce is an innocent boy coping with the loss of his parents. However, as the film examines each character by grounding them in a socio-economic context, it begins to take a stranger yet far more sensible shape. Joker didn’t wake up one morning cackling and wailing at the same time. He was created in the grim crucible of capitalism – the ultimate circus of contradictions. We are free citizens, but also wage slaves forced to perform humiliating chores as rentable clowns. We feel alone and miserable on the inside while wearing deceitful smiles on the outside. We are told that there isn’t enough for all of us as our healthcare and social security slips through our fingers, yet somehow there’s always enough to satisfy the endless whims of the upper class. Joker is the uninhibited madness of a fractured, two-faced world order, manifesting itself as a weeping clown. The cinematic method to the artistic madness

One of Joker’s many internal contradictions is that he is simultaneously unpredictable yet eerily methodical. Ledger’s Joker famously asks,

But his elaborate schemes and strategies are not products of a disorganised schizophrenic mind.

The story structure is never tempted to join the dance of its unhinged protagonist. Unlike many other films following the stories of mentally unwell characters, like Sarmad Khoosat’s Manto, there are no bizarre dream sequences that take the audience into the mind of a ‘mad’ character. The idea behind the screenplay is that the severity of a psycho-social disturbance is most noticeable when contrasted against other elements that sit neatly in place. Disorder is viewed best from a place of order.

Joker relies on simple chronological storytelling. There are no dizzying time jumps, no parallel storylines, and no other structural gimmicks to complicate the presentation of the already complex, multi-layered characters on display.

A masterpiece in (almost) every sense

Minor plot contrivances appear and disappear so fast that the audience barely has enough time to register them in Phoenix’s constantly entertaining presence. Some small elements, like the single mother living next door to Arthur, have been seemingly forced into the story for no purpose other than to traumatise Arthur and facilitate his transformation into the eponymous character.

These, however, are peccadilloes that only the most discerning writers and nitpicky reviewers would come forth to denounce. The rest of us stand in awe of Phillip’s cinematic vision, and Phoenix’s unmissable performance as Joker.