How significant will Manmohan Singh’s Kartarpur visit be? 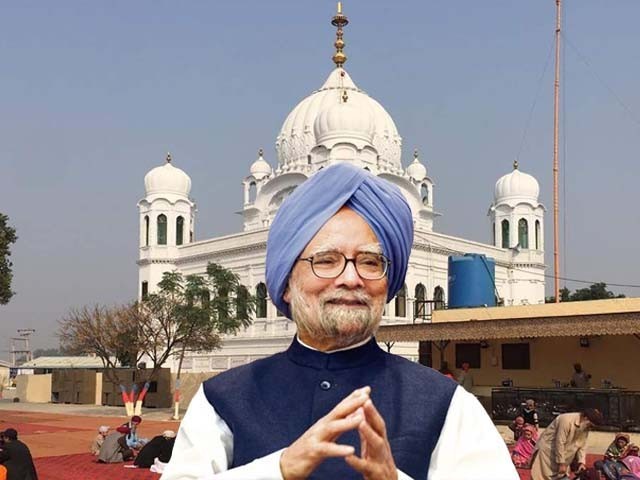 The visit will be emblematic of that which unites people on both sides of the border rather than that which separates us.

History teaches us that an absence of dialogue leads to war. The Kartarpur corridor is an attempt at dialogue at a time when the relationship between India and Pakistan is at an all time low. Therefore, the timing of former prime minister Dr Manmohan Singh’s visit to Kartarpur, as part of a group of pilgrims, acts as a coolant during this tense atmosphere. It is not important whether Singh has accepted Pakistan’s invitation or whether he is going on the invitation of the Chief Minister of Indian Punjab. What matters is what his visit represents.

The Kartarpur corridor connects Gurdwara Darbar Sahib in Kartapur, Pakistan, the birthplace of Guru Nanak, with the Dera Baba Nanak shrine in Gurdaspur, India. However, it is has not been confirmed whether Singh will attend the inauguration ceremony of the corridor, which will take place two days after the birthday celebrations. Regardless, this visit will be emblematic of that which unites people on both sides of the border rather than that which separates us. The significance of the Kartarpur corridor is that the aspirations of the masses to claim the common heritage of the subcontinent is forcing regimes on both sides of the border to respond. In that sense, the invitation, and Singh’s visit, are landmark developments which give a sense of hope in these dark times.

When Pakistan announced the construction of the corridor in November last year, it was hailed as the first significant gesture of friendship towards India from Pakistan’s newly elected government, led by Imran Khan. However, much has changed in the subcontinent since then.

Imran nurtured hope that a Narendra Modi re-election would be great news for the region and that the Hindu nationalist leader would take the initiative in order to normalise relations between the two nations. But that was not to be. True to his character, the Indian prime minister acted in a manner which catered to the demands of his constituency, and the decision to abrogate the autonomous status of Indian-occupied Kashmir (IoK) was taken to consolidate the agenda of the Hindu nationalist party. Any layman can understand that the problem in Kashmir can only be handled by engaging in talks with the people of Kashmir and Pakistan. New Delhi’s revocation of Article 370 only shrinks the political space for diplomatic manoeuvring in the subcontinent.

Moreover, the very fact that Pakistan chose not to invite Modi for this historic inauguration shows the deep chill that has overpowered the relationship between these two South Asian nations. The rhetoric of peace and friendship, which had been a prominent part of Imran’s vernacular ever since he assumed office, has now disappeared. His passion for peace has taken a backseat as a result of the emerging geopolitical reality in South Asia. On the other hand, Modi has never been known as a messiah of peace. Indians who understand his politics knew that a man who won the elections by inflaming a nationalist passion after the Balakot strike would never tread upon the path which leads to peace and reconciliation. Similarly, the Indian media is doing its best to ensure that it fans the flames of hostility and continues the usual game of one-upmanship, thus breeding a constant environment of suspicion and mistrust.

Therefore, in this time of vitriol and finger-pointing, the Kartarpur corridor and Singh’s imminent visit come as a pleasant surprise, representing a promise of a better future in the subcontinent. Singh’s visit would be the first high level engagement between the two nations at a time when New Delhi and Islamabad don’t see eye to eye. As a result, the Kartarpur corridor may prove to be not just a religious corridor, but a corridor for peace in the region – if India and Pakistan want it.