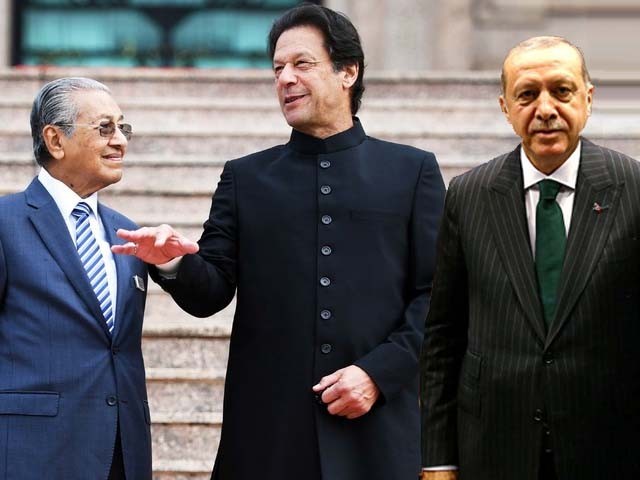 There is, however, a fine line between a channel that provides a platform for Muslims, and one that exists mainly to proselytise.

Prime Minister Imran Khan recently announced that the governments of Pakistan, Turkey and Malaysia will collaborate to launch a “BBC type” English television (TV) channel to challenge Islamophobic views in the West. The channel is expected to highlight various issues specific to Muslims in the West and “contextualise” cases of blasphemy. So why aren’t we feeling as hopeful as we should?

Our meeting in which we decided to set up a BBC type English language TV Channel that, apart from highlighting Muslim issues, will also fight Islamophobia. pic.twitter.com/GA6o15oJFH

I will allow someone else to make the obvious criticism of ‘hypocrisy’. Do we need a TV channel to tell us why expelling an Ahmedi from an economic advisory council on the basis of his religion is problematic? Do we need a TV channel to highlight forced conversions, mob-attacks against religious minorirites, and other forms of religious discrimination in Pakistan? That is for someone else to point out.

As far as I’m concerned, there’s very little to criticise about a platform that gives visibility to Muslim minorities in the West, where their specific socio-political issues are often overlooked. There is, however, a fine line between a channel that provides a platform for Muslims and their real-world problems, and one that exists mainly as a proselytisation medium. The latter already exist, from Peace TV to Islam Channel; which are available throughout the United Kingdom (UK) and Western Europe. Such channels end up preaching to the choir for the most part, and have very little impact outside the Muslim demographic.

Is Imran Khan also considering a TV channel widespread hatred of religious minorities within Pakistan? Or are we only concerned about Islamophobia in West?

(Shop signs forbidding Ahmadi Muslims from markets are common. Now we have signs against Shias too). pic.twitter.com/9bzPZ4YHrU

Content matters immensely, and channels that aren’t bogged down by one loud political agenda seem to resonate greatly with the international community. I wouldn’t want this point to be misunderstood. It’s important to have political goals and agendas – and confronting Islamophobia is as worthy an agenda as any. But it’s a psychological fact that people are more receptive to a message when they don’t feel like they’re being actively sold something. This is the reason why the advertising industry, for example, made a hard shift from actors staring directly at the fourth wall and encouraging viewers to “Buy Product X”, to softer lifestyle advertisements and product placements.

In general, the problem with a TV channel is that you can turn it off.

In the United States, there’s very little that could make a white Republican tear his eyes away from Fox News, and switch to MSNBC. And there’s just as little reason for a centre-left Californian to switch to Fox News. Do we expect many Islamophobes to willingly switch to a channel that is dedicated to extolling the virtues of Islam and the discussing the concerns of Muslims?

According to Imran, Islamophobia has grown rapidly since 9/11 and impacts some 1.3 billion Muslims. But not all 1.3 billion of them live in the West. Harrowing reports of the oppression of Muslims in China, and the creation of Muslim concentration camps in Xinjiang, have emerged over the last few years. Around 201 million Muslims call India their home, whose lives may be adversely affected by the Bharatiya Janata Party (BJP) regime. Yemen, presently under siege by a coalition of Muslim countries, has a Muslim population of roughly 28 million. A few hundred thousand live in abject fear in Myanmar.

Do we expect the issues of all these Muslims to be highlighted on this brand new “BBC type” TV channel? What we have little use for, is a channel that ignores the massive intersections of Islam, neo-liberalism, patriarchy, and the global power dynamics in general. What we have no use for, is a channel that lazily wags a finger at the West over hijabs, for the purpose of boosting the political reputations of Recep Tayyip Erdogan, Mahatir Bin Mohamad, and Imran as the great Muslim leaders of our time.

I don’t mean to be cynical, but I do hope to manage my expectations. I owe it to myself to regulate my applause in accordance with the technical, strategic, and financial challenges involved in setting up this channel; the quality and usefulness of the content it might air, the demographics it may reach, and the level of competency that Imran’s government has so far demonstrated in achieving tabdeeli through ambitious political projects.