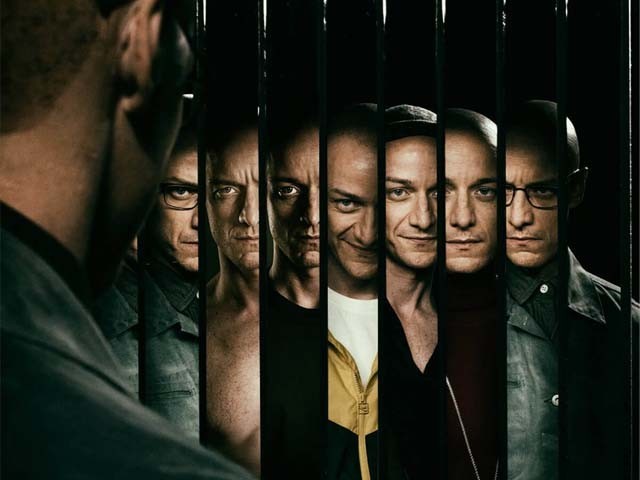 What may be presented in pop culture and films as an intriguing set of circumstances are, in reality, burdening the lives of a great many people. PHOTO: FACEBOOK/SPLIT

Imagine living in a helpless situation where you have no control over your life. You hold no power to transform or get out of it, where the inner world of imagination is the only escape. This is the very beginning of Dissociative Identity Disorder (DID, previously known as Multiple Personality Disorder). Where a person has no conscious control over a variety of personality shifts accompanied by distinct sets of emotions, thoughts, language, accents, fashion sense and memories for each personality.

The Three Faces of Eve is a classic example of this disorder which is why the movie is included in curriculum of most Abnormal Psychology programmes. There are a number of cases catered by popular television programmes hosted by the likes of Oprah and Dr Phil, all available on YouTube.

Multiple personalities are quite popular in pop culture due to their mystical nature. The mystery surrounding them makes it a topic of interest even for lay people, who don’t have a background in psychology. Regardless of all the attention, only a few really understand the harsh realities behind this disorder.

A case about a man in his 30s, suffering from Dissociative Identity crisis was presented in a conference I attended. Ibrahim* had been experiencing disintegration and amnesia since a long time. He was initially brought by his family with concerns over his memory loss. The memory gaps were so severe that he could not even recall attending his sister’s wedding, resulting in him getting furious when photographs of him at the event were shown to him as proof.

Similarly,  Sara*, a teenager from a rural background, suffered from memory gaps and did not remember specific aspects of certain situations.

“The spaces between what I remember and what I don’t are completely black. I am at the school and in a flash I’m in this clinic, having this conversation with you; I don’t remember what happened in between.”

Due to the complications of memory loss involved, it is tricky to diagnose DID. Both of the aforementioned persons couldn’t find a right diagnosis until very late. The prevalence of DID is quite low in comparison to other disorders.

What happened with Ibrahim and Sara was that different personalities had different compartments of memories stored separately in their mind/psyche, recall of one personality meant a complete loss of other five to six personalities. It is challenging for a therapist to integrate all/most of the personalities or to strengthen the main personality.

The disintegration or dissociation in personality happens due to childhood trauma, and as per research literature, it is the most likely cause. Traumas like sexual abuse, hostile environment, emotional abuse or sociopolitical violence are too complicated for a child to cope with on their own. The only resource available to the child in most cases is their internal world. Daydreaming is a product of this and when intensified, it causes dissociation; a way for child to have a new environment, a new name, a new family, but all of it is imaginary. It begins like so unintentionally with the person fantasising about another personality , until it intensifies and the original personality completely loses control.

This mechanism is utilised by each and every child, as it is a natural response to trauma. Some develop into adults with a blurred sense of identity/people pleasing, while very few develop Dissociative Identity Disorder. The common treatment for DID is psychotherapy.

Sara reportedly remained in treatment for almost a year wherein she accepted the horrific trauma of gang rape inflicted on her as a child by her cousins, as a result of a family dispute. This childhood trauma explains a lot. How and why  would a child  not dissociate and daydream all the time after not only being subjected to a cruelty like rape but also being denied medical and psychological aid? In fact, to me, it was a brave way to contest such a painful life by finding justice, peace and beauty in the world of her imagination.

The sensation that this disorder is in the pop culture, is quite sad. What fascinates the majority of the people about this disorder is so far from the cruel trauma being inflicted on the people experiencing it. What may be presented in pop culture and films as an intriguing set of circumstances are, in reality, burdening the lives of a great many people.