Does the road to the Afghan peace process still pass through Kashmir? 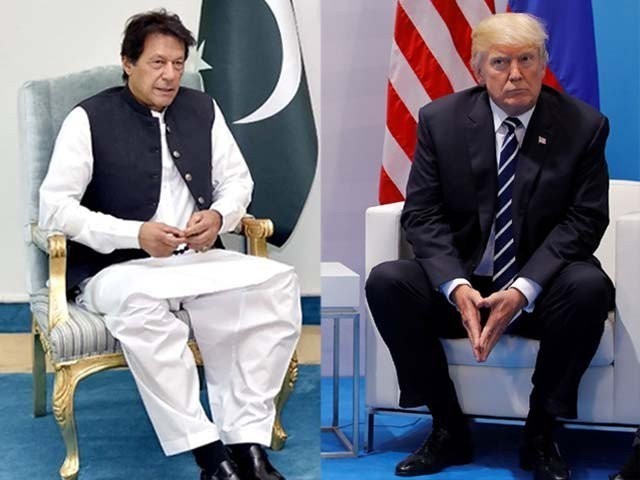 Pakistan had been hoping to use its strategic importance in the Afghanistan peace process to draw America’s attention towards Kashmir. PHOTOS: REUTERS

One of Donald Trump’s election promises was that he would withdraw American troops from Afghanistan; a promise which led to the president engaging in dialogue with the Taliban in order to ensure a peaceful exit. Zalmay Khalilzad was appointed as the United States’ (US) special envoy for Afghanistan and it looked like Trump may well deliver on what he pledged. This policy objective had offered a window of opportunity for Pakistan to improve its relations with America since it had become evident that the US would require the help of the Pakistan government if they wished to withdraw troops from the region.

As a result, many felt that Pakistan’s pivotal role in Afghanistan would increase chances of the US calling out India about the current situation in Indian-occupied Kashmir (IoK) in order to ensure Pakistan’s support in Afghanistan. It was argued that firm diplomatic support by the US for the Kashmir cause, in accordance with assistance from the United Nations, should form the basis of the criteria for Pakistan’s support in the Afghan peace process. Earlier, when Imran Khan met with Trump, it was evident that the primary political leverage which Pakistan had stemmed from the fact that the Trump regime needed the cooperation of the Pakistan government with respect to the situation in Afghanistan.

But now, all that seems to have gone out the window.

A few days ago, Trump declared that talks with the Taliban are ‘dead,’ an announcement which came soon after an American soldier was killed by a suicide bomber in Kabul, resulting in the cancellation of the decision to fly Taliban leaders in for direct talks at Camp David.

….an attack in Kabul that killed one of our great great soldiers, and 11 other people. I immediately cancelled the meeting and called off peace negotiations. What kind of people would kill so many in order to seemingly strengthen their bargaining position? They didn’t, they….

….only made it worse! If they cannot agree to a ceasefire during these very important peace talks, and would even kill 12 innocent people, then they probably don’t have the power to negotiate a meaningful agreement anyway. How many more decades are they willing to fight?

This development is a clear blow for Pakistan who had been hoping to use its strategic importance in the Afghanistan peace process to draw America’s attention towards Kashmir. Pakistan has been able to amass only limited support on the international front in response to Indian actions in occupied Kashmir. Although Trump had declared that the Kashmir issue is a bilateral matter which can be solved between India and Pakistan, America’s reliance upon Pakistan in the Afghanistan peace process led some to believe that Trump’s Kashmir stance could be reversed.

However, for the time being, those hopes have been dashed. Since American plans to abandon ship in Afghanistan seem to have fallen away for now, Pakistan can no longer use the situation in Afghanistan to their advantage. It currently seems unlikely that America will cross India’s path just so that they can curry favour from Pakistan later on in a peace process which appears to have fallen by the wayside. Furthermore, a recent statement by the United States’ Bureau of South and Central Asian Affairs makes it apparent that the US is interested in preserving its bilateral relations with India, no matter what the cost. Thus, while Pakistan wanted to use its leverage in Afghanistan in order to encourage the US that an intervention in Kashmir is in their best interest, it does not seem like the US is willing to budge. India’s economic and political ties with the US will always take precedence.

India never wanted the Taliban to be welcomed at the discussion table because they have always perceived the Taliban as being non-state actors who should play no role in the peace process. Therefore, Trump’s latest statements will only please New Delhi. India does not want the Taliban or Pakistan anywhere near the discussion table since they fear that increased involvement of Pakistan in Afghanistan will not bode well for India when the US exits the region. Not only has Trump shifted his policy in Afghanistan in a direction which now aligns with India, he has also reduced Pakistan’s ability to use its influence in Afghanistan as leverage for increased American involvement in Kashmir. For India, this is a win-win.

However, given Trump’s erratic nature, he may well resume talks with the Taliban and therefore have to resort to the help of Pakistan, giving Imran a seat at the table from which to discuss the Kashmir crisis with the American regime. This is plausible since, going into the 2020 presidential race, Trump would not want to be questioned about the failure of one of his biggest campaign promises. But even if talks do resume, it remains to be seen how effectively Imran and his government can use their vantage point to maneuver in a discussion about the situation in IoK. For now, it seems like the failure of the talks in Afghanistan has put Pakistan on the back foot with regards to the ability to raise a voice for the people of IoK.

The author works as a civil engineer in Khyber Pakhtunkhwa. He is a film buff and a habitual writer with an interest in American history. He tweets @TAKhanSwati (twitter.com/TAKhanSwati).

Unbelievable treats a sensitive issue in a very believable way