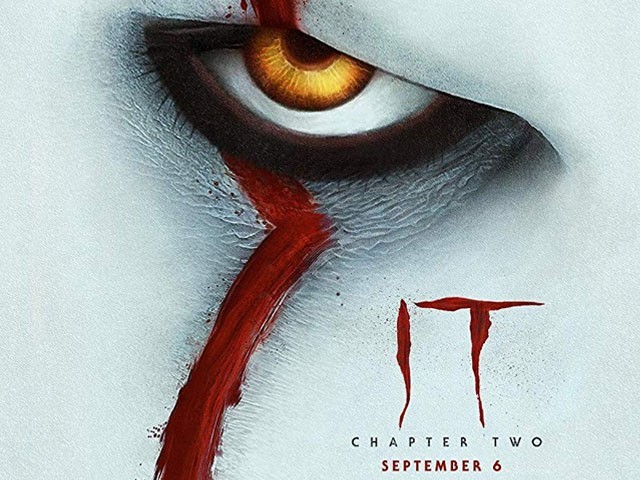 Chapter Two dives deeper into It’s mythology, but doesn’t make any good use of it. PHOTO: IMDB

When It: Chapter One was released back in 2017, it became a box office juggernaut breaking every record it set its eyes on. The movie made a place for not only the best film based on a Stephen King novel, but also one of the best horror movies of all times.

The first part revolved around a bunch of young friends who encounter an evil entity that exploits the fears of its victims to prey on them and appears in the form of Pennywise the Clown and resurfaces every 27 years to feed on children. The first chapter ended with the Losers’ Club overcoming their fears to fight him and sending him into hibernation.

The sequel takes off 27 years later with all the Losers, now grown up, going on with their daily lives until they get a call from a fellow Loser, Mike, who informs them of the clown’s resurfacing. The Losers’ Club reassembles in Derry, Maine in order to take him down once and for all. However, in order to do so, they will have to face the horrors from their past which have haunted them since their childhood. Based on the trailer alone, it was clear that the director had pulled off a casting coup because the similarity between the children and their adult counterparts is frighteningly accurate. Director Andy Muschietti, who returns to helm this sequel, does a commendable job. He successfully manages to jump back and forth between the two timelines, 1989 and 2016, without making the plot overly complicated. Considering that King’s It is a book with over 1,100 pages and hence has a lot of material, it is a difficult task to decide what should and should not be included in the movie. Muschietti leaves out the confusing parts of the book like The Turtle (let’s not get into it), but includes some very interesting scenes like the one at the Chinese Restaurant.

The ensemble cast comprises of some extremely talented actors. The young actors are phenomenal, like they were in the first chapter, and the new additions, who play the older version of the characters, are great as well, especially Hader who is a scene-stealer. However, it was disappointing to see that the grownup versions of the characters did not seem to have the same chemistry between them as their younger versions did. The bond the grownups are supposed to share is not seen in the sequel and takes a dig on the movie as a whole.

However, in the sequel’s defense, Hader’s comic timing and quirky delivery surely does add to the comedic and fun aspects of the movie.

The sequel has a larger budget and hence has a much bigger scale than its prequel. The movie makes more use of visual effects and has scarier set pieces. Although I lean more towards practical effects when it comes to horror flicks – because honestly speaking, no one likes Computer-Generated Imagery (CGI) blood – the visual effects in Chapter Two look good, especially during the climax.

Plot wise, the movie does run into some problems. Although the writers managed to keep the plot as straightforward as possible, there were some parts that were completely unnecessary. The subplot involving an old bully was purposeless, with Beverly’s scene visiting her old home going on longer than it really should have.

Moreover, Chapter Two dives deeper into It’s mythology, but doesn’t make any good use of it. The intrigue and mystery surrounding the character in the first movie is no longer there and the audience does not get much insight into Pennywise’s past or origin.

When it comes to the horror elements and the amount of jump scares, Chapter Two pales in comparison to the first chapter. Although it has some scary moments, they’re not as scary as the first part’s. Also, considering its long running time of 169 minutes, I was hoping to see more of Pennywise than I got to, because It as Pennywise is scarier than anything else. It: Chapter Two is a decent sequel to a classic predecessor. Sadly, it couldn’t top or match its predecessor in terms of execution and storytelling, but it did come close. The sequel is more like Terminator 3 than Terminator: Judgement Day or Godfather Part III than Godfather Part II, but still an entertaining watch.