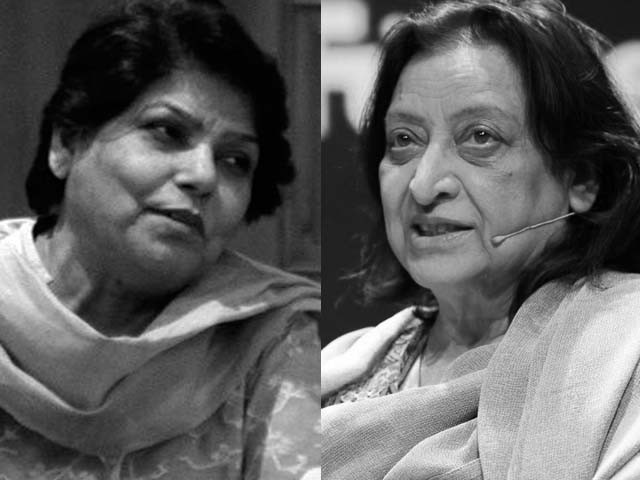 it is illuminating to consider what our Urdu poets have written over time, not about the tragedy of Karbala, but about its aftermath.

The battle of Karbala occupies a hallowed place not only in the annals of Islam, but in the long struggle for the values of truth and justice against the tyranny of lies and injustice. In this respect, it is illuminating to consider what our Urdu poets have written over time, not about the tragedy of Karbala – for that is a time-tested topic in Urdu literature – but about the aftermath of the martyrdom of Imam Hussain (AS) and most of his family by the army of the reigning monarch, Yazid ibn Muawiya.

One of the legendary moments passed down through oral folklore is the rousing sermon which Bibi Zainab (AS), the daughter of Hazrat Ali (AS), gave in the court of Yazid after the martyrdom of her brother Imam Hussain (AS). This historic moment has been captured less frequently in Urdu poetry. Therefore it was an interesting experience to come across two recent poetic tributes to the aforementioned sermon of Bibi Zainab (AS) in the works of two of Pakistan’s greatest feminist poets.

The late Fahmida Riaz did so in her last collection of poetry before she passed away, Tum Kabeer (You Kabeer), in a poem titled Hazrat Zainab ka Khutba Shaam ke Darbaar Mein (The Address of Hazrat Zainab in the Court of Syria).

It’s also interesting how different the approach of these two poets is to the same historical event. Naheed’s is a short and pithy poem, which concerns itself only with Bibi Zainab’s (AS) address itself; while Riaz’s poem is very long and descriptive, only arriving at its proper subject matter in the penultimate stanza of the poem. Since the latter poem is very long, I have only translated the particular stanza relating to Bibi Zainab’s (AS) address.

Interestingly, Naheed’s shorter poem ends with a declaration of defiance from Bibi Zainab (AS), while in Riaz’s version, the defiance is immediately followed in the final couplet by a call to feminism, thus making Bibi Zainab (AS) a feminist icon of our times, true to Riaz’s own calling. My translation of Naheed’s full poem is given below, followed by the extract from Riaz.

Though the story of the Lord’s face has six facets
I who am the inheritor of the Lord
Arrive to stand with naked head among the riot of enemies
Now you are facing
The progeny of Haidar-e-Karrar
I will narrate the facts about the thirsty ones
How darkness became a permanent abode
I also clarify and examine the army of tyranny
I take the oath of death not to take mercy on me
These daughters of the Prophet have come with heads uncovered
In your court today
After the journey to Kufa and Syria
I know you are not destined for victory
I ask based on what arrogance after all did you
Sever
The blessed neck of the sovereign king
For the offering of the seventy-two martyrs of Nineveh
You are not about to be elevated
The Judge on Doomsday recognizes your register of deeds
The collar of humiliation indeed knows your cruelty
We are Syedanis
Do not consider us helpless
We possess the desire for the power of endurance
By the grace of Asadullah this pride we possess
We cannot be the ones slain on the path of the hunted
We are oppressed, but cannot be afflicted
You dare not remember the Prophet’s family’s sincerity
Sellers of truth! Neither did you remember shame and modesty
You indeed let the children die of thirst
You made the sovereign king restless, by isolating him
Life will not let you rest Yazid
I am indeed the sister of the oppressed, look at me
You Yazids will never rest in peace
The faith of the Muslims will never taste defeat You perpetrated a horrible crime, O murderer Yazid
Do not think it is glad tidings of victory decreed
But the very end of the low which you think to be a high
The men and women you over-ran with your army were a handful
The Gracious Lord from the sky watched the unjust slaughter
You have caused yourself a huge loss
The wrath you visited, your oppression upon our brood
You cut your own jugular, drank your own blood
The Prophet’s family have embraced martyrdom
Their heads held high, departing successfully from this kingdom
They shine on the firmament, will be remembered by the earth
The darkness of your face is now indelible, you accursed
There is great noise in every quarter over your tyranny
You deserve curses, and are worthy of a penalty