Police brutality: Should we now fear the very people sworn to protect us? 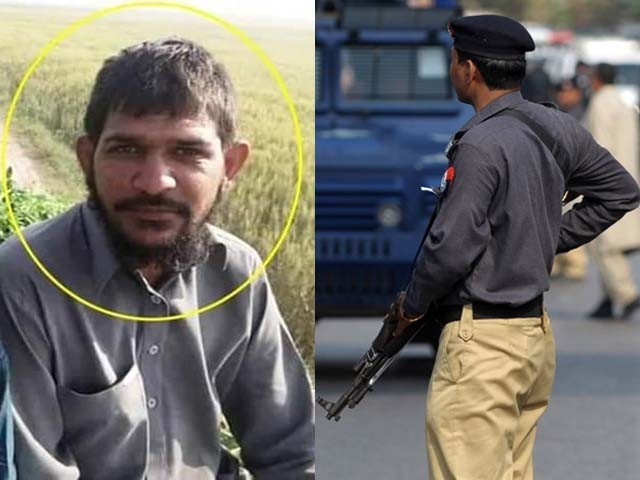 Citizens must be allowed to feel that the police is their first contact point in distress and emergencies, not the last.

While being tortured by the police, Salahuddin Ayubi asked his tormentors,

“Who taught you these torture techniques?”

Ayubi, who had been arrested for stealing money from an ATM machine, died in police custody two days after his arrest. Unfortunately, this case of police brutality is not an isolated incident. Pakistan has seen a troubling rise in the number of people who are not only subjected to police brutality, but also die as a result.

With little to no action taken against these individuals and only muffled public condemnation, the police continue to carry out these practices with complete impunity. But will this change?

While Police claims #Salahuddin died due to cardiac arrest and is quoting a senior doctor as saying there were no torture marks without sharing the actual report the pictures taken by Salahuddin's family of his body before burial are harrowing. pic.twitter.com/OpHjAopAOe

The manner in which the police interact with those who are in police custody is no secret. According to a report by the Human Rights Watch (HRW) titled ‘This Crooked System’,

“Human Rights Watch discovered that such practices include custodial beatings, by hand or with batons and littars (strips of leather), the stretching and crushing of detainees’ legs with roola (metal rods), sexual violence, prolonged sleep deprivation, and mental torture, including forcing detainees to witness the torture of others. Custodial deaths resulting from torture are not uncommon. Former detainees often reported long-lasting effects including physical pain, disability, and mental stress.”

Such acts of physical violence are either regularly denied by the police or have been met with reactionary and short-sighted changes. An inquiry will be issued into the matter and maybe the police officers responsible will be removed from duty, but these measures do not address the core of this long festering problem. Case and point, the death of Amjad Ali. Ali was illegally detained and allegedly tortured by the Gujjarpura police in an illegal torture cell along with nine other suspects. Only after a video surfaced of Ali being tortured by the police did senior officers order an inquiry into the matter, but ultimately any repercussions proved to be useless since Ali succumbed to his injuries. Both Ali and Ayubi died on Sunday. Their cases are representative of the fact that police brutality is alive and kicking in Pakistan.

Does being an ATM robber make it ok for police to beat the crap out of someone so much that they die? Is there any accountability for police brutality in Pakistan? ⁦@ShireenMazari1⁩ https://t.co/hNmMDu2SIB

But how do we tackle this? Firstly, the powers of the police must be clearly defined so as to benefit the citizens and not intimidate them. Citizens must be allowed to feel that the police is their first contact point in distress and emergencies, not the last. Connivance, bribery, obstruction of justice, illegal kick-backs, kidnapping, torture under detention, are problems which still remain deeply embedded in our police department. These issues are further exacerbated by the politicisation of the police force, where politicians and bureaucrats use their influence to dictate what the police department pays attention to or ignores.

Today, social media and the spreading of videos which show police brutality may act as a mild deterrent, but this only happens in a few cases. Most of these incidents go unreported and only reinforce the notion that police officers who engage in such acts can essentially get away with murder. And it seems like the police officers feel no guilt or shame about their activities. A station house officer was reported as saying,

The ATM robber who died was earlier caught 3 times. The question is why wasn't he rehabilitated then? Or punished for breaking the law. Petty thieves die in lock ups and the ones who robbed billions are in A class jails and VIP rooms in hospitals. No justice here

All this begs the question as to what purpose the Code of Criminal Procedure (CRPC) or the Pakistan Penal Code (PPC) serve if they are not being adhered to. Not only should the police ensure an adherence to these laws, but the public too should educate itself about such matters so that any deviance from the established rules can be called out by a well-informed society. The only way forward is if the police act as peacemakers who help create a pro-active society, ensure good governance, uphold the rule of law, maintain transparency and ensure the observance of basic human rights. We must also have a defined code of conduct for police recruits by having yearly evaluations of their key performance indicators. Furthermore, the budget allocated to various provinces for their police departments and its usage must be properly documented and kept in check. The police are paid for by the citizens, hence their primary duty is to the citizens, to protect, safeguard and serve them at all times.

We have to de-politicise the entire police network by ensuring that recruitment, training and hiring procedures are overseen by senior officials who award positions based on a merit system. The core issue of ‘moral corruption’ has to be addressed by the top leadership of the country, with zero tolerance for any and all policemen who break the law. The police cannot be allowed to become criminals in uniforms because, currently, there is clearly a trust deficit between the public and the police.  But it isn’t enough to simply wag our fingers at the police department. The state must ensure that the police force is given proper compensation along with health and housing benefits in order to motivate them to perform better. In order to become successful role models for the city, the police must ensure that the public understands the law, comprehends it and follows it with complete confidence.

If a radical set of changes are not enforced in the police force, these regular reports of police brutality and individuals dying in police custody will only continue to increase. While the likes of Ayubi and Ali, and countless others, have already been tortured and killed at the hands of Pakistan’s police department, they will become just another statistic unless we introduce some much needed reforms.