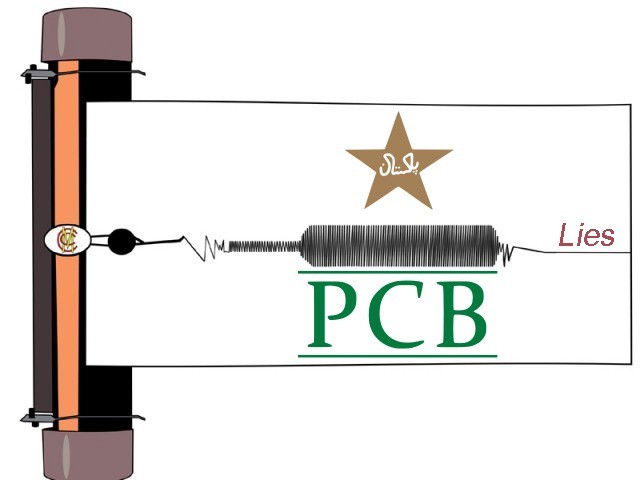 PCB has just decided to drop the players who are under suspicion.

In light of the convictions of the three Pakistani cricketers Salman Butt, Mohammad Asif and Mohammad Amir the most important course of action for the Pakistan Cricket Board (PCB) and the International Cricket Council (ICC) is to not sweep the remaining garbage under the rather large and dirty carpet available to the world of cricket.

Repeatedly, throughout the trial, and even before, there was the ubiquitous presence of Kamran Akmal around Salman Butt and Mazhar Majeed. Now Majeed has disclosed that another ‘un-named’ Pakistani cricketer also met him along with Butt to discuss the possibilities of spot-fixing way back in 2009. Further, if we look back to the actual spot-fixing scandal videos, Wahab Riaz is seen accepting a jacket purportedly full of money from Mazhar Majeed while Salman Butt and Umar Amin were standing around him. All of this is extremely suspicious, along with the investigations that happened after the Sydney Test in 2009, where Kamran Akmal missing ‘that’ run-out was, in my eyes very, very guilty.

Under a new regime, the least the PCB can do is to try and offer some incentive for the disgraced trio, particularly Salman Butt, to reveal who else might be involved in this racket. What those incentives might look like, I have no idea, but they could involve the utilization of diplomatic channels to decrease prison time in exchange for blowing the whistle on the corrupt cesspool that the Pakistani cricket team has become. Any assistance provided by any of these men to uncover further corruption within the system will go some way in redeeming the gargantuan wrongs that they have committed.

Unfortunately though, it seems that none of this will come to fruition.

Due to a mixture of what can only be termed political expediency as a result of the suspicion that some of the bigger names of the previous hierarchy were at least condoning, if not directly involved in these activities, the PCB has just decided to drop the players who are under suspicion.

Make no mistakes, Wahab Riaz and Kamran Akmal’s current exclusion from the Pakistani team for the ODI series against Sri Lanka has more to it than just a decline in cricketing ability. Wahab is the quickest of the Pakistani bowlers around, regularly touching 150km per hour, while Akmal remains, purely in the cricketing sense, a decent keeper and batsman in the limited overs formats. If this is the trajectory that this current storm takes, the convictions of Butt and Asif will be for nothing, Amir’s innocence has been tainted in vain and there will be more Amirs down the road who will fall prey to the charms of the filthy lucre and pressures exerted by senior colleagues and manipulative agents.

Zaka Ashraf and his administration owe this to the world of cricket, to Pakistan and its people. Investigate Kamran Akmal and Wahab Riaz; investigate the assets of each and every player within the team and all of the recent office-bearers of the Pakistan Cricket Board.

I hope that such an investigation takes place but I fear that this will be another false dawn, another Qayyum report and nothing else. Let us hope that 10 years down the line we are not wracked about the end of another career of another youngster who had the left arm of god.