The coming of age of corporate India 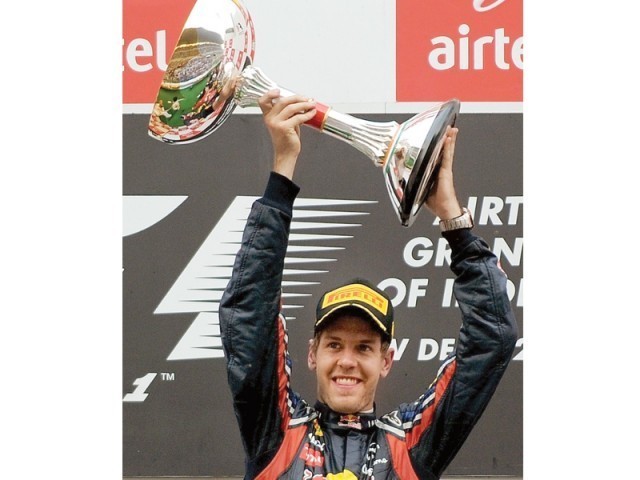 Sebastian Vettel clinched his 11th grand prix of the season as he nears Michael Schumacher’s record of 13 wins in 2004. PHOTO: AFP

The build-up to the inaugural Indian Grand Prix was marred by several glitches, ranging from a stray dog running on to the track halting the first practice session to the event’s media centre suffering power cuts.

However, the fact that the main event went smoothly and India was able to host a major sporting event that had a global audience of 527 million viewers in 2010, and that too without any financial help from its government (despite the fact that the Buddh International Circuit took a whopping $450 million to build), is no small achievement.

As a South Asian, and a citizen of a developing country, there is much to learn from this achievement. We South Asians have been long attuned to paternalistic involvement of our governments in every sort of venture and activity.

Over the years one has heard a lot about ‘the rise of India’ and as a reflection of its growing power, economic clout and pre-eminence on the global stage, we saw our eastern neighbour hosting one international sporting event after the other. However, many of these events had heavy government involvement, and some of them were marked by quite a few PR disasters, case in point being the Commonwealth Games held last year.

The Indian Grand Prix, on the other hand, was completely different in terms of financial cost, technical complexity, logistics and international spotlight. This was a far bigger venture than the cricket World Cup or the Commonwealth Games. The government of India only had a minor role in this venture.

From its conceptualisation, resource generation and execution, this was, in its entirety, a baby of corporate India. There were of course minor hiccups here and there but for the most part, the event went according to script.

All this should be enough to open the eyes of us Pakistanis who have been stuck in a 1980s time warp. It’s important that we learn that today a country’s pre-eminence in the world depends largely on its economic strength and industrial capacity and not just on military power and some claptrap ideology.