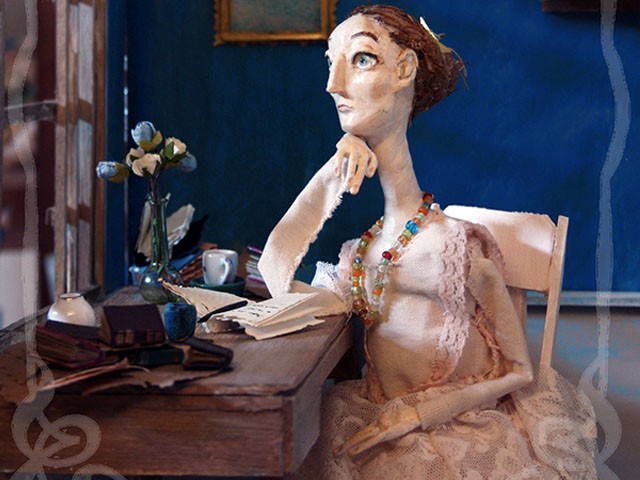 Woolf’s words are so prophetic at times that I want to jump and shout, “same!” PHOTO: PINTEREST

An old wives’ tale that is often retold to children who refuse to take afternoon naps in their summer vacations, and would much rather spend time with their friends outside, is that summer is the perfect time to grow and, in order to do that, you must rest.

Whether that is true or not, in my childhood, it was enough to convince me to take a nap because I wanted to grow taller than my friends. Although those hopeful naps didn’t work and my height did not kick-start itself into action, I still believe that summer is the perfect time for growth. A kind of a personal growth that allows you to wrestle your demons into submission, analyse your past mistakes with this new-found clarity and simply enjoy being with yourself. So this summer, while being on a break from university, I decided it was the perfect time to grow as a writer. I had three months. Apart from a row of books that I had waiting for me on my book shelf, I didn’t have any other tasks to complete.

However, my journey towards growing as a writer faced so many roadblocks that each night, I just stared at my laptop screen with the cursor disappearing and reappearing in a mocking pattern until I finally slammed it shut, collapsing on my bed to go to sleep. After a few weeks of facing exhaustion and a drought of ideas and words altogether, I decided to figure out the source of the issue. In a rare yet ordinary turn of events, life swooped in itself and I came upon a book written by the late Virginia Woolf which held all my answers.

The book, titled A Room of One’s Own, was published in 1929. Woolf initially wrote it as a series of lectures to be delivered in various universities, yet, neither does it fit into the conventional form of a lecture, nor into the form and shape of a conventional novel. If you are a stranger to Woolf’s writing, this book would definitely challenge you to put it in a particular ‘literary’ box. And that’s the beauty of Woolf’s work. You cannot pin it down. It starts with a particular thought and that thought meanders its way through spectacular scenes and tragedies. This one thought harbours multiple lives.

Woolf begins this book with her thesis which is reiterated and emphasised throughout the book. The thesis declares that in order for a woman to succeed in the literary world, she requires money and a space, both literal and figurative, to write. The rest of the book is her defending this thesis by embarking on a journey through literary history. She finds that she is barred from places that men can easily traverse and linger in to exercise their writing. Women like Jane Austen and the Bronte sisters who, despite the external pressures succeeded in literature, have done so without a female literary tradition set in place for them.

Let’s put this into perspective since Woolf’s reality is set in an entirely different time and place. Being a woman in a desi middle-class household, there are limited places where you can go for some peace and quiet. You have little to no personal space since your home is essentially the only space you are allowed to be your free and uncensored self and it is a space that is shared with others as well. If you are lucky enough to have a room to yourself, it is still owned by someone else; you do not own it. You are taught to believe that you’re merely a resident until you move to some place else, living in someone else’s house. Woolf’s words are so prophetic at times that I want to jump and shout, “same!” The protagonist in this book faces the same roadblocks that I faced in my journey to become a writer. She writes:

“In the first place, to have a room of her own, let alone a quiet room or a soundproof room, was out of the question, unless her parents were exceptionally rich or very noble, even up to the beginning of the 19th century.”

And how can you even think about venturing outside the house to gain some peace and quiet? Without a hoard of friends surrounding you or anyone else accompanying you, you cannot step outside of the house, simply go to a library or a café and sit with your thoughts. If, by some miracle, your parents agree to let you go outside and be by yourself, it is treated as a passing phase, one that will fizzle out when reality gets too heavy to carry around.

Woolf makes us realise through hypothetical imagination how limiting it is to not have a space for yourself as a writer. She creates the figure of Shakespeare’s unknown sister and shows us how things would have fared differently for her had she been born with the gift that her brother was known and treasured for. Her gift wouldn’t have mattered and she would have died a nameless death. Her hypothetical imagination also takes us towards Austen who, she claims, used to hide her work from her visitors. How would her work have looked like if she didn’t feel the need to hide it?

It is these ‘what ifs’, the finer details of how a literary work is produced and the million ways in which it is hindered. It is these intricacies that make this essay a truly wonderful and revolutionary piece of work that changed my summers.

On an average summer day, I woke up with a million things to do around the house. My writing was always secondary to the upkeep of the house, the payment of bills, the baking of cookies for the evening tea and other random chores that an average Pakistani woman is expected to do. My room was never free from noise or clutter. Thus, my creativity, my thoughts, and my ability to string words together on paper suffered. As I reached the end of Woolf’s book, the answer was clear: I needed a room of my own or even a corner to begin with.

In my room, I picked a corner that I set up solely to nourish my writing. I placed comfortable floor cushions on it, lit it up with soft yellow lights and announced to everyone in my house that this was my corner. It belonged to me. This dramatic display in front my parents and siblings only gathered some smiles and a few shrugs of approval. But that was enough for me. 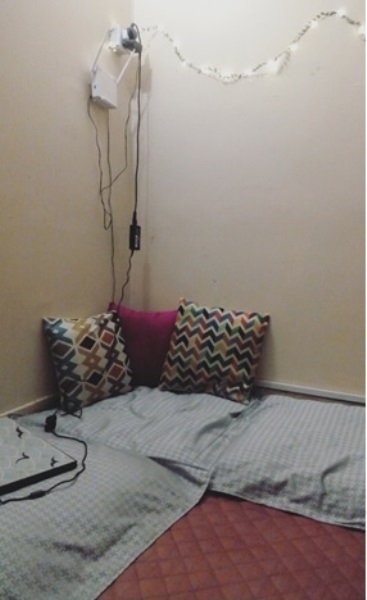 If you take anything from Woolf’s book, let it be a message to all the girls out there to find your corners, own them, decorate them and flourish in them!