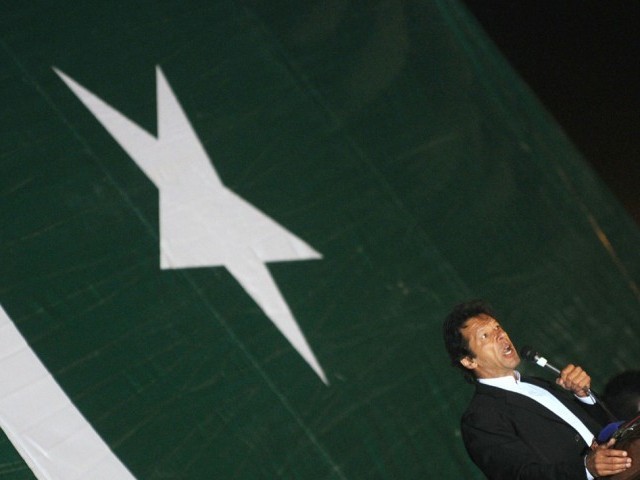 Pakistan, according to former US Secretary of State Madeleine Albright, is an international migraine. Flirting with economic disaster, institutional breakdown, and general social disorder, citizens of Pakistan, often deprived of bare necessities, have become all too familiar with the pangs of disillusionment and despair.

The question frequently posed on the global stage is what then should the world do about Pakistan, if anything?

In her 64 years since independence, Pakistan’s tested and tried pretty much all flavours of government — all of which have left a horrible aftertaste on the country’s palate.

The nation’s pre-existing frustrations coupled with the global pitch for reform has set up the perfect storm.

And in this year of the Arab Spring, Occupy Wall Street, and various other forms of Occupy-demonstrations, Pakistan refuses to be left behind, restructuring the question above and asking, what then should Pakistan do about Pakistan, if anything?

This past Sunday, cricketer-turned-politician Imran Khan and his political party Pakistan’s Tehreek-e-Insaaf (PTI: Movement for Justice) held its first political jalsa (rally) in the heartland city of Lahore.

In a city of political rallies, this one sought to stand out, and stand out it did, starting with its location – a ground brimming with symbolism having been built in 1940 to commemorate the Lahore Resolution, advocating for larger Muslim autonomy in the then-state of India.

An unprecedented crowd, estimated at over 200,000 people, came out for the jalsa-cum-rock concert featuring PTI leader Imran Khan.

Imran Khan, or Kaptaan (captain) as referred to by devout fans, is internationally credited for having led the Pakistani cricket team to her only ever World Cup victory in 1992. Khan, now a politician and philanthropist was and remains the nation’s indisputable hero — revered by many a wealthy, middle-aged aunty jee, cricket fanatic, and the average rickshaw-wala.

In 1995, I recall an eight-year-old me waiting to pick up my father at an airport in Riyadh, Saudi Arabia, with my mother and her friend. A man approached us and asked us whether we’d like to meet the cricketer Imran Khan who was in town fundraising for a cancer hospital he’d be building in the memory of his deceased mother.

There was a rush of answers in the affirmative, and a flurry of excitement and rustling of abayas, and within minutes us women found ourselves in the company of Pakistan’s darling, with me shyly and intently peering down at his polished brown shoes.

The effect of that meeting rested in my subconscious well into my teenage years when I found myself graduating from high school and heading back to Lahore, Pakistan for a summer internship at Imran Khan’s hospital establishment Shaukat Khanum Cancer Hospital – which now, almost a decade since my meeting with Khan was a well-established, first-of-its-kind, operative on zakat (Islamic charity), institution.

Having spent a summer of my existence surrounded by head shots of the hospital’s creator, working under Khan’s approving gaze, I understood the excitement shrouding not only the City of Lahore but the thousands of members of the Pakistani diaspora who tuned in to the jalsa live at all hours of the night from across the world.

But on Sunday night did we witness the making of a national leader?

A prime contender for a position as future Prime Minister of Pakistan?

This is the heated debate surging across dinner tables, media reports, and the Facebook/Twitterverse in and out of Pakistan.

Supporters, dancing to the beat of drums in a sea of green and red (PTI party colors), came out in an unprecedented number (estimated at over 200, 000 people) for what can best be described as Pakistan’s Woodstock.

Except these PTI-partiers were not there for love, drugs, and, acid rock. Having recognized the problems of their nation a long time back, these individuals (mostly upper and middle-class youth – a group heavily targeted by PTI) came (and tuned in live)hoping to recover messages of hope, responsibility, economic prosperity, accountability, and transparency.

Either way, looking at the demographics of PTI’s supporters, it appears that many of the party members have long been electronically wired and prepped for take-off.

Tuned into the throes of social media, really what these individuals require is a figurehead, under whom to align and pledge allegiance to.

Who better than Khan, the nation’s Golden Boy to boot out the Old Order?

So, despite even more unbearable traffic conditions than usual, and despite the looming threat of the dengue-epidemic, people came out in droves to see if PTI leader, a “choice of a generation”, and his political party, would answer Pakistan’s call for a reprieve from pain.

In the recent past, Pakistani statecraft has shifted from calamity to catastrophe, laying waste to surrounding nations and simultaneously damaging our own national interests.

And Pakistani politicians, a lethal component of this toxic brew, are highly adept at mudslinging to boost their own popularity.

First, Khan refrained from the perpetual mudslinging (something which similar political jalsas from this previous week cannot attest to).

Instead, Khan went straight to the heart of the matter — touching on the things Pakistanis currently care most about: minority rights, police reform, the rights of the Balochi state, and the issue of patwaris (village accountancy) to name a few.

But what of Khan’s take on the oft-nefarious, always notorious US-Pakistani alliance.

Khan, who has in the past been frequently accused of empathizing with the mullahs(religious leaders) operating the wrong, darker side, and often has come under fire for his outspoken, anti-drone views, has a foreign policy which frequently invokes chaotic vituperation both in and out of Pakistan by Pakistanis and non-Pakistanis alike.

“PTI will not allow the military to attack its people, PTI believes in talks with the tribal leaders”, Khan told a roaring crowd Sunday night.

Taking a clear and public stance, thereby rendering the crystal ball less clouded, Khan affirmed what many have guessed all along: that the party does indeed to maintain amicable ties with the US, but refuses to play puppet to America’s puppeteer.

What, pray tell, is so wrong with that, the average Pakistani citizen may argue — after all state sovereignty and an effective self-governing state are the prerequisites of an independent state.
Regardless of how you feel about Khan’s bold stance, one can’t help but wonder whether his words will ring hollow in the long term.

Or will Pakistani foreign policy (which BBC recently uncovered as having manifestly failed) finally shift away from secrets and spin, lifting the opaque veil of secrecy.

No doubt, Khan’s remedies for Pakistan’s many ills remain overly simplistic. And it is well-known that political jalsas hardly paint a picture of a party’s prospects come election day. Whether Khan will sweep the nation off its feet by default (he may be the best we’ve got, thanks to the failure of other political parties) or if he really has the makings of a great leader, remains to be seen. But Khan’s focus on individual people rather than the averages, context rather than raw statistics, and motives rather movements seem to be picking up in fervour and support across Pakistan’s heartland.

And in a nation of 180 million people held hostage by a handful of despots, ambitions to shift towards a point-of-view instead of a view-from-nowhere, is worthy of a salute, or at least a passing glance.

A byproduct of this jalsa, then? Optimism where once there was cynicism.