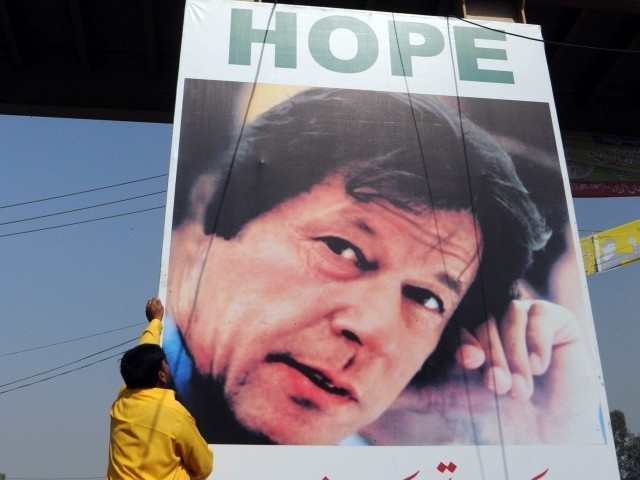 Even though the youth sees hope in Imran Khan, lets not forget that as long as his people and his home are safe, Imran Khan stays quiet. PHOTO: AFP / FILE

In 2008, America thought electing an African-American president was the solution to all its problems. “Yes, we can” became the order of the day. More than his policies, it was the colour of Obama’s skin that grabbed people’s attention — not just in America, but the world over. Everyone figured a black man in office would “obviously” look out for the American underdog.

Today, the average American sentiment towards Obama, and what the country is now terming his “failed policies”, overshadows any sympathy that may have voted him into power in the first place.

Which brings me to Imran Khan. Popular with the masses (read: youth)? Check. Question is, why?Ask the average charged up 22-year-old why he’s so passionately updating his Facebook status to “Imran Khan will change things” and you’ll be rewarded with a stare that implies, “Are you stupid? He’s the only one who can change things around here.” Again, I ask, what makes you say that? The person looks stupefied. “Who needs reasoning when it’s so painfully obvious?”

Forget that he once supported the referendum which put Musharraf in power – a man who Imran himself later termed “a conman”, making sweeping statements such as “Musharraf first, all else second”. Forget that he’s flat out rejected the very notion of Talibanisation in Pakistan saying there’s “no such thing”. Let’s also forget that two years ago, when he kept pushing for mid-term elections, the PTI didn’t even have its manifesto ready.

So basically what he was telling us at that point in time was, as long as the injustices are kept at bay (from his people, his home) he was willing to stay mum on an issue (let’s call it that) he supposedly considered “wrong” to begin with.

Sounds a lot like “Imran Khan [and his people] first, all else second”.