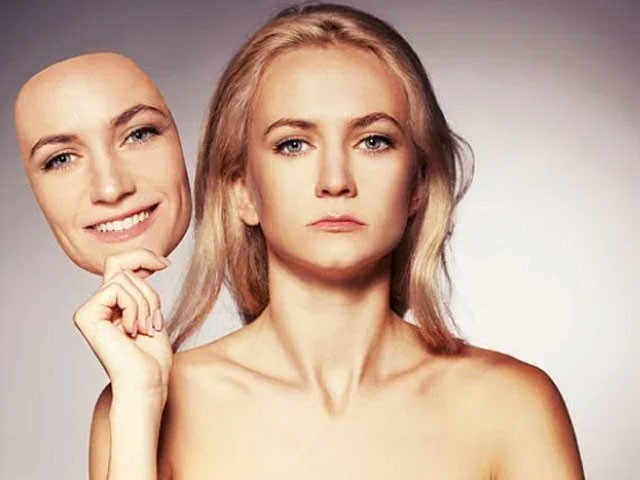 Without even realising, we are all always telling lies to the men around us. PHOTO: PINTEREST

Whether it is the fashion industry with their unrealistic beauty standards, politics with their manifestos and sham alliances, biased education systems with fixed agendas or desperate-for-profit corporations and their misleading claims, we are on the receiving end of tons of lies everyday. Despite honesty being a virtue everyone strives for, dishonesty is omnipresent.

However, I aim to specifically shed light at what the honesty of women means under the patriarchy, the forced and institutionalised dishonesty they have to engage in under this system and what affect that has on them. I argue that women are expected to lie all their lives. These lies take various forms and are so embedded in our lives that they are barely noticeable.

Adrienne Rich, an American essayist, authored a paper titled ‘Women and Honour’ in 1977, in which she claimed that for women, their honesty is nothing more than loyalty to a man. According to Adrienne, honesty for men has always been about facts while for women, it’s about chastity or fidelity. It is true that historically, honesty has never been an important characteristic for us, as long as we have remained loyal to our men. It’s a pity that a value as crucial as honesty is reduced to the degree of my loyalty to my man.

We invest a lot of our time and effort making changes to our physical appearance in order to modify various features of our bodies that are supposed to look a certain way according to patriarchal beauty standards. These standards have been fed to us through various platforms such as the digital media and the print media, and as we consume these on a daily basis, our conditioning of how a female body should look like grows stronger. We are expected to lie with our bodies; to bleach and redden our skin, pluck our hair, shave and so on. Engaging in these alterations become so common that most of us do it without even questioning the obvious force behind it.

Just like we are expected to lie with our bodies, we lie to our bodies too under the patriarchy. All our lives, our sexual desires have been curbed in various ways; either physically through female circumcision or mentally by stigmatising the right of a woman to be sexually liberated. Being sexually active for a woman has been demonised to such an extent that anyone engaging in it is seen as a deviant. Having a libido has been so suppressed that we resort to being secretive about our sexual activities. If not secretive, we are far from being explicit about our sex drive in the fear of coming off as too ‘desperate’.

The stigmatisation of us as sexual beings is so ubiquitous that the idea of having desires to be fulfilled in bed is significantly erased and our want for sexual favours is silenced to such an extent that we feel like we’re ‘asking for too much’ while talking about it. The sole purpose of sexual intercourse then becomes pleasing the man only. In fact, in the ancient times, women were not even allowed to express the joy obtained through intercourse and were expected to lie motionless through the process. Fast forward a few centuries later, women fake orgasms to please their men. The act has largely been transformed but the underlying motive remains the same — to serve our men.

Sexual intercourse isn’t the only aspect of our lives where we are supposed to be silent and pretend we’re content. All of our post-marital life is often times a lie where we are tremendously silenced about our emotional, mental and physical abuse. In fact, in most cases, we don’t even recognise the emotional and mental abuse because of how normalised it has become and accept it as a part of our fate. We live the lie of a happy marriage for as long as we can. In cultures where we have to live with our in-laws after marriage, the behaviour towards them is, often times, a façade. Even in cases where they’re not mentally taxing, the frustration of having extra members of the family to look after, care for and the lack of privacy that follows, all has to be concealed and what remains is merely a performance that we engage in every single day of our lives.

The culture of forced dishonesty among us has gotten to the point where it is essential to tell lies merely to survive. Without even realising, we are all always telling lies to the men around us. These men do not include those we are romantically or sexually involved with. These men include the police, our bosses or guards; essentially, any man who has power over us. In fact, the lies we tell seem less like lies but more of a tool that’s crucial to carry wherever we are, wherever we go. Without the tool of dishonesty, we run the risk of multiple events.

Almost every single day, we encounter instances where, unless we lie about having a male partner accompanying us, we know the situation can worsen. From lying about having a boyfriend in our Instagram messages to keep unknown men from repeatedly messaging us, to lying to men in public places about having our fathers waiting for us in our cars. Unless men are told that a member of their gender, and hence having the same power and privileges as them, is our escort, there lies the risk of us not being taken seriously when averting unwanted gestures.

At the end of the day, it’s not about the lies we tell our men and how that affects us or our relationships. Instead, it is about the possibility of increased trust, friendship and life we are creating among ourselves as we tell each other the truth. When we tell the truth, we are creating the space for more truth around us; we are attempting to enhance the possibility of love and existence around ourselves. Our aim, if nothing else, should be to be truthful to ourselves, with ourselves, for ourselves.