An open letter to Salman Butt 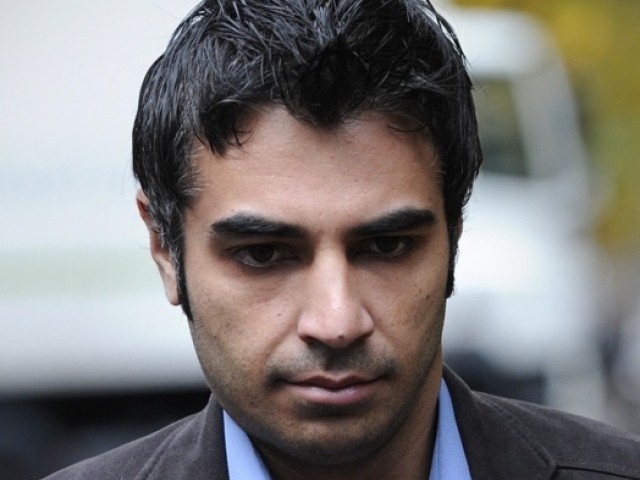 When you were made the captain of the Pakistan cricket team, I was the happiest man in the world. How foolish of me. PHOTO: AFP

I started following you from your days in the Under 17s. I still remember how I started loving Slazenger bats with yellow coloured grips, just because I saw you playing with one in an U-17 Asia Cup match back then. I still remember, randomly enough, that Habib Oil Mills sponsored that tournament.

How can I forget your innings at the Eden Gardens? You battled cramps and immense pressure to guide Pakistan through. It was the month of Ramazan too. Good old times, Salman.

You toured Australia with the team next and boy, did you play well. I remember you making a statement against Glen McGrath in the second test at Melbourne, hitting out in his very first over. Of course it was after the debacle at Perth where we were bowled out for 72. What a promising start it was against the best team in the world, a fifty in your third test and a hundred in the fourth.

You were dropped after another test match though. I always opposed the move, not that it mattered. You were dropped in the West Indies too. Again, I felt you were hard done by. You deserved a proper run at the top.

You made a great comeback against England at home. What a patient 122 it was at Multan. The inconsistency settled in again though with Irfan Pathan making you his bunny on India’s tour of Pakistan.

Salman, I was impressed with your ability to withstand pressure, proof of which you gave time and again with centuries against India in the Kitply Cup and in India back in early 2008. The test tour to Australia saw you shine like a true linchpin of this fragile batting line up. Too bad you ran Mo Yo out though.

I always believed in you. When they gave you the captaincy, I was the happiest man in Pakistan. I knew our team was in safe hands.

But I was obviously fooling myself.

Your eloquence after the win against Australia at Headingley was obviously just meant to fool us. After every test match, I used to go and see your average. I always wanted you to move up to the 40s. Maybe, Salman, if you had stayed away from Mazhar Majeed, that would have been possible. I saw, in you, the Gautam Gambhir of Pakistan.  Why couldn’t you just come out and deny all the allegations as soon as they came out in the open? Your first press conference after this scandal broke down, where you were flanked by Yawar Saeed, was a big indication of your guilt. Your body language reflected that of a person who was caught. You didn’t deny it openly then. You cannot deny it now.

I am sure you will still call it all a big conspiracy but my belief in you has faded away. As a true cricket fan, I feel wronged. Cricket will never be the same for me.

Every time there is a dropped catch, a missed run out, a no ball, or a wide; I start questioning it from angles that I could not have imagined back in 2010; and it is all because of you.