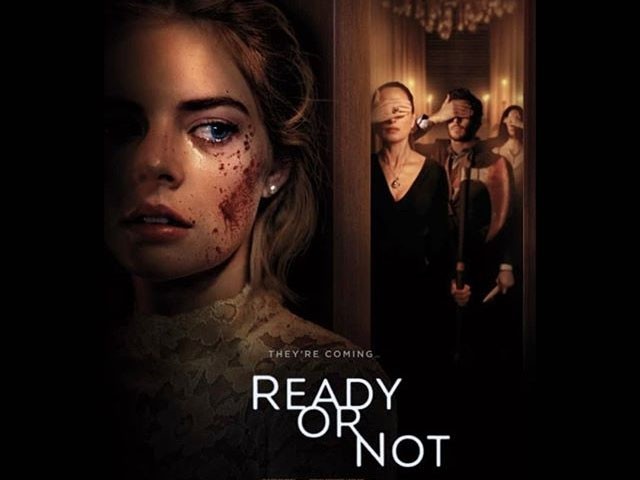 Ready Or Not uses the three most integral elements of violence, humour and location really well. PHOTO: IMDb

Summer season at the box office usually means a cascade of blockbusters ranging from superhero movies to big-budget action flicks with a few animated movies, and now live-action animated movies, thrown in for good measure. These are movies that, after nearly a year of aggressive marketing, aim to cash-in on what is considered to be the prime season for moviegoers.

It is, therefore, a surprise when a film like Ready or Not comes out during the same time; a film that has neither the year-long anticipation nor the massive budget and cast of well-known actors. Its low budget can be illustrated by the fact that the film is a single location movie and, unless you watched a lot of rom-coms in the 90s, chances are you don’t know any of the actors apart from Andie McDowell.

Does it still blow 90% of the films released this summer out of the water? Hell yes.

Ready Or Not essentially centers around the story of Grace (Samara Weaving), a perky and down-to-earth girl who is getting married to the love of her life, Alex (Mark O’Brien). Alex comes from the wealthy Le Domas family who have made their fortune creating board games. The estranged Alex, who is viewed as a black sheep by his snobby and stuck-up family, views them with great contempt but puts it all aside on his wedding day at the Le Domas estate. Everything seems to be going well until midnight when Alex informs Grace about a family tradition: whoever weds into the family has to randomly draw a card from a mystery box to select a game they all must play. Much to Alex, and later Grace’s own dismay, she picks ‘Hide and Seek’. Grace goes on to find out very soon that she while she does have to hide, till sunrise, the other family members, armed with Civil War-era weapons such as crossbows and hatchets, have to hunt and kill her. On paper, Ready Or Not has an absurd plot that has no reason to work. It also does not have much going on in terms of originality, as at a glance, it seems like a weird cross between The Purge and Adam Wingard’s 2011 cult-hit You’re Next. But what the film lacks in originality, it more than makes up for in execution. Around 90 minutes into it, the movie unfolds like a frenetically-paced gore fest. Undeniably, the best thing about it is that it never gets boring. And that is because it uses its three most integral elements of violence, humour and location really well. The film, at times, treads into cartoonishly violent territory but juxtaposes a good measure of dark comedy with it, which in turn, gives us some of the funniest and bloodiest scenes of the movie. The set is smartly crafted and the film uses its location, the La Domas mansion, particularly well. Single-location stories can end up being a blessing or a curse depending on how the writer chooses to utilise it. And while this is certainly no Rear Window or Green Room, it is more than an effective single-location thriller. Writers Ryan Murphy and Guy Busick render the mansion an imposing personality which makes it as much of a character and an obstacle for Grace as the other family members.

The performances are solid across the board but Samara stands out as our protagonist who pretty much comes through baptism by fire. Like all similar baptism by fire performances, the best aspects of her performance come from her, a seemingly average girl, rising to the occasion and growing in confidence as the situation gets increasingly hairy. Still, that does not stop Ready Or Not from being a wildly entertaining and suspenseful thriller that rarely loses momentum till its twisty final act. I hate to sound like a broken record but the film’s strength lies in its self-awareness and its ability to understand both the limitations and absurdity of its plot.