Keep your hands to yourself, Maulvi sahab 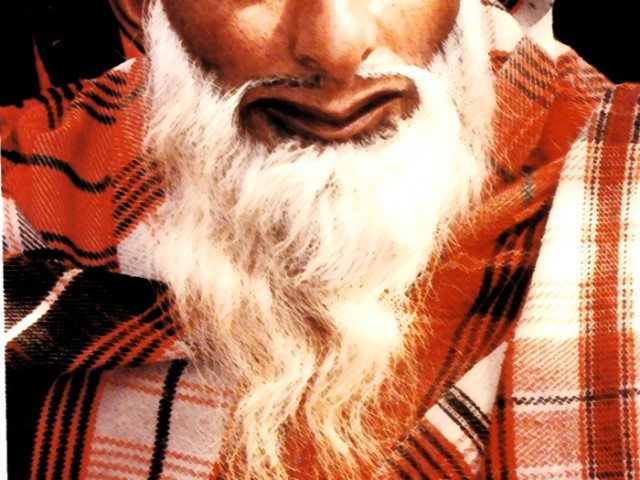 The word, 'maulvi' (cleric) used to be a word that would strike awe and admiration.

One day while I was travelling on a public bus on my way to university, I felt a hand on my backside. Startled, I turned around in an attempt to catch the culprit. However, the only person standing behind me was an old man. Clad in a white shalwar kameez and topi, this man’s pure white beard was long enough to reach his chest. He couldn’t have been less than seventy-years-old.

I doubted myself, thinking that I was just being paranoid and it was probably an accident. The old man probably had several grandchildren my age. He would never commit such an act. I turned back around. Thirty seconds later I felt the hand again. I was outraged. I turned and confronted the old man, but he pretended to be deaf.

”Excuse me! I am talking to you. What do you think you are doing?”

I got absolutely no response; he kept looking outside the window.  After failing at confrontation, I called the bus conductor and reported the harassment. Alas! This too ended in mortification. He said something to the old man in a language I was unable to decipher, and the two burst out laughing.

I was stunned at the standards of respect our society possesses.

I was dressed modestly in a kurta shalwar, and wasn’t wearing clothes that anyone could claim would prompt men to ogle or take me for a girl with a ‘loose character’.

“How else could I have protected myself?” I thought miserably. I was clueless as to what prompted this old man to indulge in such perversity.

Even though I had been brought up to respect my elders, after this incident, I realized that even the very elderly are capable of doing wrong.

The word, ‘maulvi’ (cleric) used to be a word that would strike awe and admiration in people a long time ago. Children were taught to respect these so-called pious old men, and try to imitate their deeds.

However, I have heard  the news of a maulvi raping a girl in a madrassah and of these same men beating a student till his leg was broken. I have heard real stories of maulvis preaching Islam to others but promoting domestic violence at home. I have seen maulvis shamelessly staring at women on their way to teach children the Holy Quran and I have heard the news of maulvis assaulting innocent children.

I have often noticed that instead of tapping the positive energy of the masses, sermons by maulvis tend to encourage negative energy which promotes aggression, disturbance, confusion and racism. I have wondered if they do so on purpose, in an attempt to wrongfully use their power. When a person is given the respect that he does not deserve, this is the inevitable outcome.

It is sad that two standards that should generate unquestioned respect from society, maulvis and the elderly, hold no special ranking with me. I was disgusted by the incident that took place on the bus. Where I used to see kindness and wisdom in the eyes of the elderly, now I see them on an equal platform as all others in our society. Similarly, my experience with maulvis has led me to believe they are no better than ordinary human beings and are not devoid of sin. In fact, they have taken advantage of people who consider them to be ‘men of God’.

In a society like ours, where the two classes of people who should be most respected misuse their status, how can we trust and respect each other? The most respected group of people has been transformed in to most feared one. Parents now remain alert when the maulvi sahib comes to teach their children.

Will there be a time when these once respected segments of society will regain their lost status? Will we ever be able to imagine a holy figure when the word ‘maulvi’ pops up?

I wish I could say that change is around the corner. However, I fear that none of this will happen anytime soon.

A freelance photographer who blogs at sahar-syed.blogspot.com