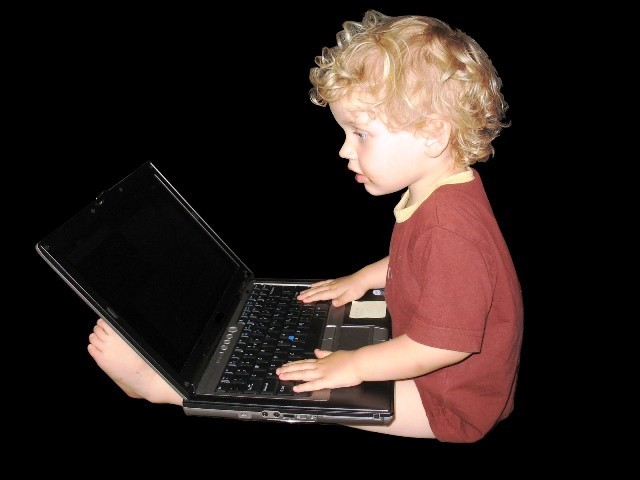 My toddler clicks his way across YouTube from Wheels on the bus to – bizzarely – an interview with Robert Mugabe.

The other day, my mum came merrily into my room brandishing her brand new iPad.

My two and a half year old sauntered over, slid his finger across the screen, tapped an app and started taking pictures of himself in various poses. We both burst out laughing.

Louis Armstrong’s It’s a Wonderful Life’s verse “They’ll learn much more… than I’ll ever know” has never been truer today. A recent YouTube clip showed a one-year-old girl merrily clicking away at an iPad – and being fuddled by magazines when the pictures and pages refused to move despite her repeated jabbing and sliding her finger across them.

“Steve Jobs has coded part of her OS”, said her parents.

This is not far from the truth. My toddler clicks his way across YouTube from wheels on the bus to – bizarrely – an interview with Robert Mugabe, can type his name better than he can write, and when I say paste, he thinks Ctrl + V, not paper and glue. Did I mention he’s only two?

At the risk of sounding ancient, I remember when we first heard of email way back in 1995. We were amazed. How did the recipient get the message? Did it print like a fax machine? How would the email know where to go? Can we play Prince of Persia together too? Today after Mama and Baba, a kid’s next word is probably Skype or Facebook. You get the drift.

I’m not too sure I’m happy with that. It’s fantastic that they have instant access to more information than we ever did (unlike our back in the day of dial-up connections and connecting and reconnecting!). But whatever happened to childhood lessons in patience, persistence and effort? Isn’t childhood about hours of arts and crafts and the fun of gluing and sticking and turning the page, doing jigsaw puzzles on the floor and building towers with blocks and watching them tumble down? All that took time and effort. Now, click and it’s done. Want it – you got it. Life and pleasure is instantaneous. No wonder there is so much Attention Deficit Disorder and an inability to sit still.

I remember 7am mornings before school, when STN used to air half an hour of cartoons. We savoured that half hour and looked forward to it. I don’t want my kids to grow up not being used to waiting for a treat, being rewarded for being patient, or knowing that you can’t always get whatever you want, whenever you want which seems to be the culture of the day.

Maybe I’ll be the selfish parent who schools her digital-age children by turning off the computer, hiding all electronic devices and forcing my kids to learn how to write. I want a handwritten ‘I love you Mama’ note to show off on my Facebook page after all.

How not to lose your kid

The wisdom of children