#TherapistDiaries: Bipolar disorder is much more than mere mood swings 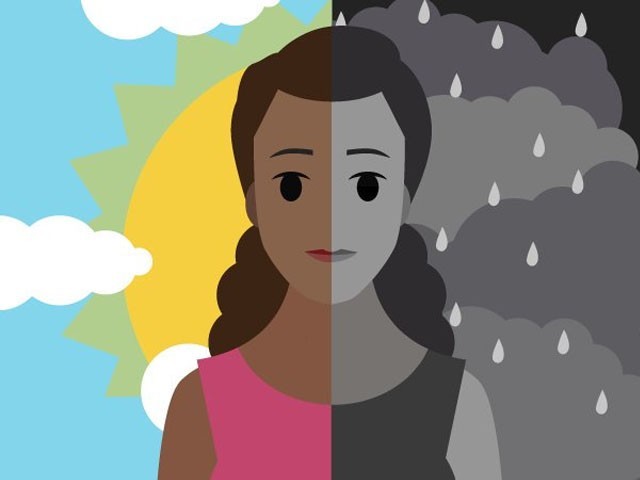 Bipolar disorder is characterised by shifts in moods that are too overwhelming for the one experiencing them. PHOTO: TWITTER/GENOMICSJ

Bradley Cooper paced back and forth in the middle of the night, unable to figure out why a certain author had ended his epic saga in a certain way. He woke his old parents up from their sleep to inquire more about the author’s intentions and demanded immediate gratification for his queries.

This scene from Silver Linings Playbook demonstrate the protagonist’s struggle with bipolar disorder. Bipolar disorder is characterised by shifts and changes in moods that are too overwhelming for the one experiencing them. These shifts can be concerning to the point of suicide as the restlessness and irritability grows.

Bipolar I disorder is the hardest to recognise and is often misdiagnosed as Attention Deficit/Hyperactivity Disorder (ADHD). People living with this type are often very loud, have an unstoppable stream of ideas, have difficulty sleeping and stay awake for patches of two to three days in a row with or without naps. Furthermore, they think and talk about higher goals and achievements, but are practically unable to execute anything. An exaggerated sense of self is evident from their conversations. Irritability and aggression, reaching a point where the person starts having persistent interpersonal conflicts and/or instances of self harm, is very common in these people along with constant restlessness. More severe forms include risky behaviours associated with money, sex, food, drugs and so on.

Alishan* got involved in drugs at the age of 16. His maternal family had a history of bipolar I disorder. Since childhood, he used to remain restless, sleepless, irritable and talked very smoothly like an adult with exaggerated sense of self. According to his mother,

“He talked about responsibility, accountability…used such big words at such a young age. It all seemed out of place and very dramatic.”

He quit his studies after intermediate level and began talking about his big plans of starting a revolutionary business. His mother remarks,

“He didn’t realise that he lacked experience and had no education or resources to start this revolutionary business of his.”

But Alishan never started his business. He never thought of surveying the market rates for the goods he planned to buy. He never bought the goods. He didn’t even know the proper names of the goods. His maternal uncle says,

“He used to brag about how his idea will bring a change in the business model and that his business will expand to the Middle East in a couple of years. And I used to look at this young boy who was barely 19, and could not figure out whether it was passion or grandiosity?”

Alishan lived the rest of his life lost in drugs, eventually getting addicted to cocaine.

Afshan* was an incredible writer and was pursuing training from abroad. There were moments in her life where she thought about suicide quite seriously. She complained of having no control over her low moods and depressive phases ever since she became a teenager. Describing her phases, she said,

“Life is good when I don’t have these lows. But the good times don’t last very long and seem very artificial. I am able to do all the pending tasks with accuracy and speed in these up phases but I’m not happy. Simply put, it is like somebody slows downs or ups my speed.”

In the hypomanic phases, she did not feel happy but felt adequate energy to finish her pending tasks. She felt sleepless in these ups as well. In fact, the restlessness and anger multiplied in these up or hypomanic phases. She struggled to find the middle ground; the spot where she could have her peace of mind and a sound sleep. It was during one of her up phases wherein she tried to commit suicide, something she had been planning since a few weeks in her depressive phase. The up phase gave her the energy to execute the plan.

Bipolar disorder disturbs a person’s circadian rhythm, their social life, their achievements and their interpersonal relationships. Since manic episodes and sleep are tied closely, quite often, a relapse happens due to the lack of sleep. It is very important to sort out sleep and introduce a number of routine tasks in the lives of people living with a bipolar disorder.

Saleema*, an interior designer, had been living with an unspecified form of bipolar disorder since a decade. She was put on medicines first as her depressive episodes were very intense. In her up phases, she did a number of things which later brought embarrassment and guilt for her, further fuelling her depressive states. Once she was drunk and made out in front of all the guests at a wedding. The incident brought Saleema such regret, embarrassment, negative thoughts and depressive episodes that she attempted to commit suicide.

In another instance, while she was in therapy, she woke up in the middle of the night, surfed the internet and bought random items worth $2000. The items included bulks of handkerchiefs, washing detergents, A4-sized papers and so on. This, again, brought a spree of shame and guilt for her. Saleema’s sleep schedule was soon sorted with the help of medicine and counselling. She was advised to sleep on a specific time. A specified routine for the entire day was set for her. Counselling regarding maintaining interpersonal relationships was given to her. It was made sure that she made sufficient contact with her friends. Work on her thought process was done through cognitive behaviour therapy. She was trained in identifying her signs for shifts in moods, so she could be proactive and make life decisions accordingly. Within a period of six months, her condition improved.

Bipolar disorder is often not treated with only therapy . It is one of those disorders that requires both therapeutic and medicinal intervention. Living with this disorder is not merely living with strong mood swings. It is much more painful than that and there shouldn’t be any shame attached to seeking help for it.