Welcome to A’ Levels where school’s too cool for you 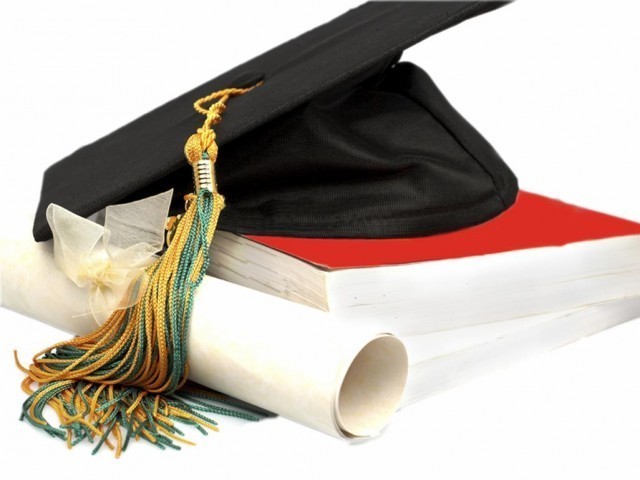 Two heads shake somberly in unison at the prospect.

“But I thought Art was…”

“Don’t even think about saying it’s innate. It’s not.”

Students across Karachi will unanimously testify that after-school makeup tuitions exist for every subject under the sun. But, this was the first time we had heard of someone taking tuitions for Art. Perhaps it was nervous backlash against one of the worst O’ Level Art results ever this year when the Cambridge International Examinations suddenly decided to give the Monets of my class Bs and Cs? Did we have to go to Art tuitions now because we suddenly had no faith in our brushstrokes?

No. It’s because we’re A’ Level students now.

Getting through school has been marked by a steady realisation that just when we thought we were grown up enough, another level of maturity and academic challenge awaited. For example, when we were in class VI, class VII was the epitomy of grownup-ness. Then, the real grownups [read parents and teachers] asserted that class X was the most important. In the final lap, drunk as we were on a steady diet of high school movies and dramas, they cried O’ Levels! We split change for chicken rolls and Pepsi after tuitions, started conversing in Urdu mahavarey, dreamt of Beatrice and Benedict, Elizabeth Bennet and Mr Darcy. And then, D-day arrived. Our balding invigilator made it sound as if we were flying PIA: “Khawateen o hazraat, thank you for choosing the CIE. Your Chemistry exam will begin shortly in five minutes…”

We emerged from those exams having survived the great hypothesized battlefield of school. After three months of holidaying over the summer, we forgot the fear of academic failure instilled by the overzealous adults in our lives. A’ Levels would be just another case of cry wolf.

Until we opened our textbooks, that is.

Did you know that Marie Antoinette was referred to as Madame Deficit? Speaking of deficits, did you also know that Pakistan has a trade deficit of 20 billion dollars? Or was it two? A’ Levels is turning out to be as much about amassing useless figures and bits of information as it is absorbing great ideas. “Liberte! Egalite! Fraternite!” cries my History teacher. I don’t attend Economics class – I attend “Politics, the Global Recession and the Future of Pakistan’s Agrarian Economy.” The bottom line? We are being forced to work. We have all infinitely aged. We will never be carefree again because we can’t afford to.

I turn to the new kid next to me in class and ask: “How many As did you get [in your O’ Levels]?”

“How nice,” I mutter. I hope you go jump off a cliff! Another new student takes his SAT vocabulary dictionary wherever he goes. We are not spared during Sports either. The PT instructor shouts FAIL when we drop the ball. “Who taught you that word!” we cried. My Economics teacher cheerfully calls us a “bunch of nerds” while explaining oilrigs on the Karachi coastline. “Has anyone been to the beach lately?” she asks. “No one? You people have no social lives.”

A class of 30 students stares back at her blankly. What social life? Were we even allowed one now?