Bringing street children into the fold 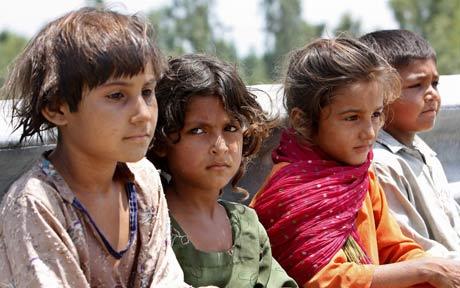 Most street kids are willing to get an education and employment.

After I wrote a blog for The Express Tribune and I Own Pakistan, I got so many positive and negative comments that I decided to work further on the project and come up with a successful model for educating beggars in Karachi. The gist of my idea was that:

On each and every signal we should install a small box for water with surf or any other cleaning material and a few wipers. Two to three kids should be assigned to each signal with one official to collect money. All these kids should be provided uniforms and they should have standardised times for their duty. There should also be a standardised system for distribution of money to each child at the end of their shifts. Each child should also join the team by filing paper work, and it should be mandatory for all of them to attend school in the morning.

We conducted a survey at 15 different traffic signals in the city and got responses from kids who earn an average of Rs150-200 per day. We found that in the morning beggars would stay on signals and after 5pm another team would arrive with a variety of things to sell or with wipers to clean car windscreens.

The children told us that sometimes the police would come and arrest them and keep them in custody for a few hours and at other times they would usurp their  earnings.  The kids at the McDonald Chowrangi on Tariq Road said that almost on a daily basis, each evening four to five young boys would come and take Rs100 forcibly from each child. If the children resisted, the boys would beat them up in addition to taking all their money.

I am pleased that we have received a very positive response from all the street kids we met and they were all willing to get education and employment. I will upload the complete survey file on my blog. We also plan to meet with people from the Zindagi Trust and ask them about the difficulties they have faced in the past.

We will now get permission for one traffic signal and implement our idea of giving a model project to the entire nation thus proving that this is a workable idea.

An average of nine kids work on one signal and if their average income is Rs200 per child that equals Rs1,800 for all of them. We will enroll each of the kids in The Citizen Foundation School or Zindagi Trust School as both of these organisations are willing to give them education for free. Their total earnings for a month are Rs55,800 while the cost for their uniforms and shoes is around Rs18,000 which maybe needed twice a year.

If the government allows us to implement this idea on a traffic signal, then we can work there and make that traffic signal beautiful with company branding (any company that sponsors that signal). We can offer then offer any consumer brand a chance to sell their products on that signal and use the earnings for the benefit of those kids.

What is needed now is a team to make this idea a reality. I request readers to join me in this initiative as this project cannot be executed alone.

Founder of E-Retail and E-Kitchen businesses in Pakistan. A Social Media Consultant, a blogger and an anchor at 247online.tv. He tweets @abidbeli

One small step towards reducing poverty