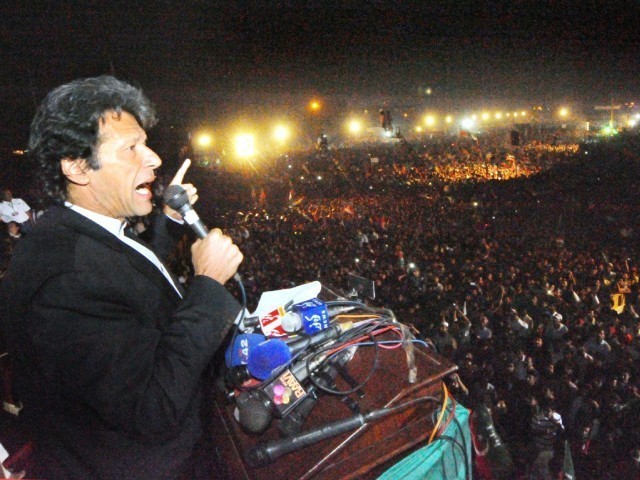 Habib Jalib must be turning in his grave at the recent brouhaha of Shahbaz Sharif’s rhetoric and his poetic embarrassment in an uncalled for rally against President Zardari.

This same address conveniently ignored corruption charges, bad governance and lawlessness in the very Punjab government headed by the Khadim-e-Aala in disguise.

It is no secret that the current People’s Party regime has not lived up to expectations. However, claiming to hang the President of a democratically elected government in the presence of free judiciary just goes to show the restlessness of the PML-N for their promised turn following after the current regime.

What the Chief Minister of Punjab uttered in the rally against President Zardari is hypocritical to say in the least as the same corruption and bad governance model can be witnessed in Punjab too, where dengue is still at large. Moreover, lady health workers protesting against non-payment of their salaries, mismanagement in railway employees pension, and the violent agitation by the students in the online result fiasco are some of the clear cut indicators of what the Sharifs are up to.

On the other hand, Pakistan Tehreek e Insaaf’s rally showcased around approximately 100,000 people, including youngsters who were hoping for a changing Pakistan.  The growing rift between the PTI and PML-N in Punjab is setting new trends of political boasting in the province.

The power hungry politicians, instead of conducting a decent round table conference to provide a solution to the people of Pakistan are impatiently looking for the power base of Islamabad.

So far President Zardari’s politics are considered to be smart. His strategy of reconciliation with the MQM, ANP and PML-Q has successfully helped him secure the President house and quite likely another tenure as well.

The sudden jump of the MQM into the PML-N vs PTI tournament has given a new attraction to TV channels and political enthusiasts of this unfortunate nation. Last weekend, the nation was all set to witness the beginning of a series of rallies and protests on non-issues that actually proved the seriousness of our leaders towards the prosperity of Pakistan.

However the consequences of the political circus in Pakistan and the fight for proving ‘our political show has a larger crowd than yours’ caused systematic frustration in the sensible lot of Pakistanis. In such circumstances a Pakistani with even with a bit of eminence has lost the charm he/she once had in the Pakistani nation. It goes thus, that they would feel no urgency in voting for any politician with the hope of change, since they all seem to be equally petty and childish. Surely we can all agree that current politics is no basis for real enthusiasm.

Unless the people of Pakistan stand up by themselves under the non-political entities and march for their rights towards a just cause, we won’t witness any change at all, since the most shrewd man of this country has  brought our politicians at each other’s throats while he’s munching pop corn in the safety of the President house.