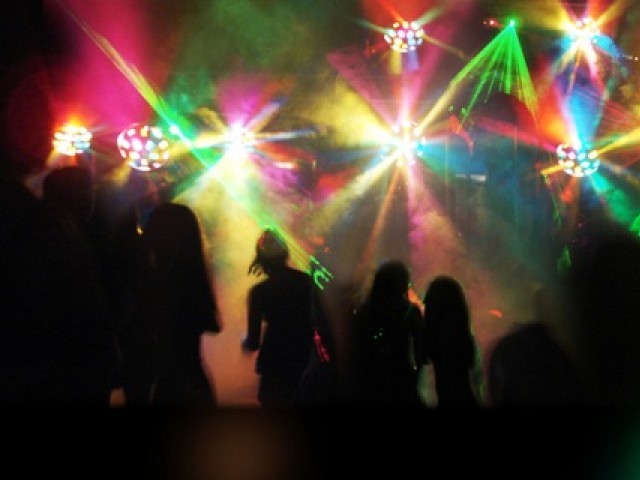 how many more incidents of Raja Khan’s nature will it take to make us wake up and take notice of the reality that is fast becoming our identity?

The end of October this year brings us news of the upcoming Eid-ul-Azha break and once again people flock to any and every place bearing livestock to purchase their sacrificial animals. For others though, the end of October marks the advent of new preparations for an entirely different kind of celebration.

I present to you, ladies and gentlemen ‘the Halloween party’.

Never mind the number of shops selling awkwardly coloured Superman and Batman costumes, and schools that are organizing costume parties over the more traditional Eid gatherings. These lavish extravaganzas are aiming to take All Hallow’s Eve to a whole new level. Shiny disco balls, dance floors, loud music and probably just the right amount of illegal liquor to make things slippery are inviting individuals with money to burn to indulge in their pleasures.

I understand that proceeds from most events organized on a grand scale in Karachi, generally go to charity. However, I only understood this after some research. Thus, most people buying tickets to these events do not know that some or most or any of the proceeds are going to charity. The are willing to put out obscene amounts of money, not for the charity aspect, just to have a night of fun.

Now, before I move on, let this be on the record: it is your money and you are free to do as you wish. That said, it would be fair to consider an opinion that isn’t in favour of these events.

Suffice it to say that no amount of money is being spared in setting up the most attractive event of them all. Naturally, this increases the exclusivity of the crowd that will be able to attend, and the price of tickets rise in proportion.

One particular Club Night comes with the cool entry fee of Rs5,000. Just to put this in perspective, an entrant will be spending the equivalent of 70 percent of the minimum wage prescribed by the current government, which is fixed at Rs7,000. On the one hand you have those spending such large amounts without a second thought, and on the other you have individuals like Raja Khan who are resorting to gruesome methods of suicide in the face of abject poverty. The man travelled to the capital in the hopes of highlighting his plight and securing a means out of his miserable fiscal situation. Upon failure to find his area’s MNA – who had gone to Garhi Khuda Bux for the funeral of Nusrat Bhutto – the overwhelming frustration caused him to set fire to himself outside the Parliament House.

This definitely begs the question: is spending such large sums of money for a night full of (potential) debauchery really worth it? Especially considering that this same money will be denied to an organization working for, let’s say, flood relief for those affected by this year’s torrential downpour? Most will probably not take well to this point, citing the rampant corruption within the system and the cases of fraud that have misallocated prior donations as a reason for their lack of interest. But these same people will invariably roll up their tinted windows and cruise by students of several private universities who are standing with boxes in hand asking for charity.

Have we really been driven to such extremes of apathy towards our own countrymen that using a foreign holiday as an excuse to have a party seems more appealing than spending the same money towards our community’s betterment? Again, I’m not attacking anyone personally, but in the face of the country’s status quo, it seems we have misplaced our priorities as a whole.

Let’s drop the morality of it and look at the practicality of things. There is the general complaint that even a city like Karachi does not have enough events to keep its populace entertained, hence the reason so many exclusive Club Nights pop up on every occasion. It can also b e argued that the reason for the high costs is to provide quality entertainment without compromising the host’s profit shares, and these will indeed be valid arguments. But then I ask you, how many more incidents of Raja Khan’s nature will it take to make us wake up and take notice of the reality that is fast becoming our identity?

Or maybe that’s the reason we’re having so many parties to begin with. Maybe we’re a nation so far in denial that the only way to escape from everything is to drown ourselves in the latest Tiesto mix while dressed up as one of the Pussycat Dolls?

If this is indeed the case, then I don’t think I need to spell out how sadly that reflects on us.

Buying a DSLR doesn't make you a photographer