While Klopp is surely a winner, the Best Player Award is a race between Salah-Dijk-Kane 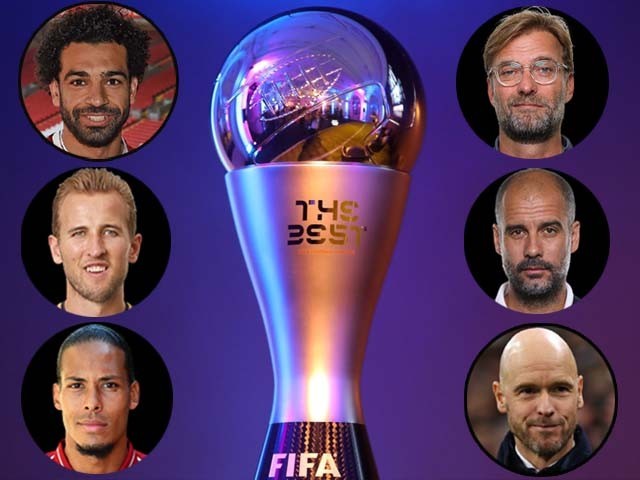 Although Dijk and Salah are the frontrunners, Harry Kane is also a strong contender for the Best Men’s Player Award.

The upcoming Best FIFA Football Awards will take place in Milan, Italy on September 23rd, and the ceremony will allow fans from all over the world to vote for their favourite players and coaches.

While Cristiano Ronaldo and Luca Modric have previously lifted the Best Men’s Player trophy in 2017 and 2018 respectively, this year could perhaps see a new winner. Similarly, the draw which features the Best Men’s Coach could also result in a previously uncrowned coach taking home the award.

If there is one player in the world who deserves this award more than anyone, it’s Liverpool’s Virgil van Dijk. The big Dutchman had a splendid season last year when his impressive form helped Liverpool lift the Champions League crown. Moreover, his tenacious defending at the back was the reason Alisson Becker kept as many clean sheets as he did. The former Southampton man scored six goals for his side, and is perhaps the favourite contender to lift the Best FIFA Men’s Player Award. Virgil van Dijk of Liverpool in action during the UEFA Super Cup match.

But Dijk is likely to face some stiff competition from his Liverpool teammate, Mohamed Salah. Since his arrival at Anfield, Salah has been lethal and has scored impressive 27 goals in the 2018-2019 season. His early goal in the Champions League final against Tottenham Hotspurs helped Liverpool dominate the game from start to finish. Although the Egyptian sensation could not win the English Premier League crown last season, he managed to share the Golden Boot with his teammate, Sadio Mane, and Arsenal’s Pierre Emerick Aubameyang – that win only bolsters his chances of taking home the Best FIFA Men’s Player trophy. Mohamed Salah of Liverpool during the UEFA Super Cup Final.

Although Dijk and Salah are the frontrunners, I do think that Harry Kane is also a strong contender. The Englishman once again proved why he is such a valuable asset for Tottenham, and his five goals in Europe eventually helped Mauricio Pochettino’s side reach their maiden Champions League final. At the moment, he is one of the most ferocious attacking players in the world, which is why I strongly believe that he is among the top three contenders for the award. Of course, the list of players nominated for this award does not end here. As always, Cristiano Ronaldo too is a strong candidate for the award since the Portuguese won the Serie A title and was the club’s top scorer in his maiden season at Juventus. The former Real Madrid star also lifted the UEFA Nations League trophy after beating Netherlands in the final. Another player to watch out for is the young Ajax captain, Matthijs de Ligt. He too had an impressive 2018-2019, with Ajax clinching the domestic league title. The strong Dutchman was one of the reasons behind Ajax’s stunning display in Europe where the Dutch champions eliminated Real Madrid and Juventus in the Champions League. However, despite his strong credentials, it looks like it will come down to a three-horse race between Dijk, Salah and Kane.

Jurgen Klopp is the clear favourite in this leg of the race. The former Dortmund boss is the strongest candidate to win the award because the German’s arrival at Liverpool has made them one of the deadliest sides in modern football and his commanding presence at the helm brought Liverpool their sixth Champions League title. The Reds had a memorable domestic season, with Klopp’s side losing only once, and ending up with a massive total of 97 points. Even though Manchester City eventually won the English Premier League after a nail-biting finish, Klopp led his men to within touching distance of the trophy. Under his leadership, Liverpool have flourished and look like they could possibly be lifting their long awaited English Premier League crown this season. As far as I’m concerned, this award is almost a forgone conclusion. Nonetheless, Erik ten Hag wouldn’t be a bad pick for this award either since the Ajax boss has won two domestic titles with his side and surprised everyone by commandeering his team to the Champions League semi-final. The fact that both Light and Hag have been nominated in their respective categories only goes to show how well the coach and captain duo have led Ajax. While Klopp is leading the pack in this category, Hag isn’t too far behind. Erik ten Hag during the match between Ajax and FC Emmen.

And then, like always, there is Pep Guardiola. But his brand of football isn’t without its detractors. There are mixed views about Guardiola since some see him as one of the most skilled managers of all time while others label him as an average coach who relies on repetitive tactics. But, regardless of which side of that debate you may fall on, his impressive performance at the helm of Manchester City is undeniable. His side retained the English Premier League title last season and also triumphed in the FA Cup and League Cup, making him the first manager to have won all three domestic titles in a single season. That alone is worth the praise, even if City failed to impress in the Champions League. Guardiola masterminded City’s record-shattering 98-point season in England, a feat which firmly puts him in pole position in this category at the Best FIFA Football Awards. Pep Guardiola reacts during the match between Manchester City and Tottenham Hotspur.

Apart from these three, Portugal’s Fernando Santos also has a shot at the trophy since he led his side to win the UEFA Nations League and remained unbeaten for 10 games, from July 2018 to July 2019. Also, Tottenham’s Mauricio Pochettino and Algeria’s Djamel Belmadi are strong candidates for the spot too since the former took his side to their maiden Champions League final while the latter won the African Cup of Nations. Algeria lost only once under his command from July 2018 to July 2019, and thus these two cannot be ruled out either.

The 2018-2019 football season gave us a bevy of exceptional performances and thrilling games, which only makes choosing the winners even more difficult. Since Dijk, Salah and Klopp are the early favourites in their respective categories, it looks like Liverpool may well have a night to remember in Milan.