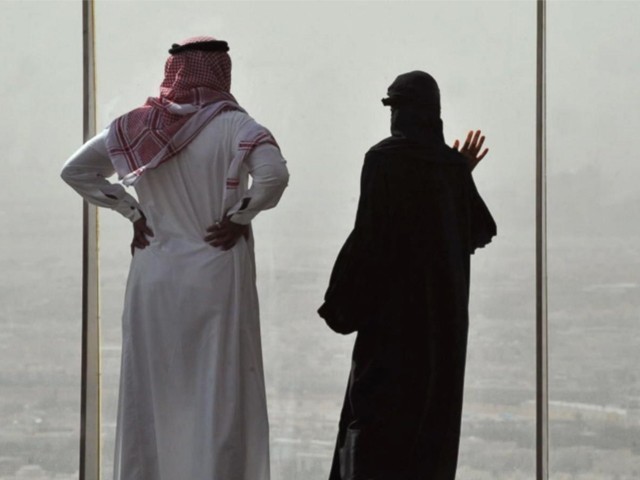 Having autonomy to travel at their own leisure is instrumental in opening up a string of other possibilities for Saudi women. PHOTO: GETTY

The start of the month heralded the upturning of yet another one of Saudi Arabia’s archaic laws restricting its female citizens. By finally allowing adult women to apply for passports and to travel autonomously for the first time in the kingdom’s history, the government appears to have conceded to the international pressure that followed a series of escape attempts made by Saudi women fleeing domestic violence and abuse of the ‘guardianship’ system.

This is the newest addition to a series of emancipation measures – among which was a sexual harassment law and giving women the permission to drive, both of which had their loopholes. But this recent initiative that allows women to taste the freedom of mobility for the first time in generations, takes the prize. Mind you, do not mistake this for applause – it took them long enough.

#SaudiArabia changes guardianship law & allows women over 21 to get a passport & travel freely. Legal changes now allow women to drive, work, get equal pay & be recognized as a head of household. All continuing reforms under #Vision2030 congratulations @KingSalman

The announcement by Saudi Arabia of reforms that will dismantle the guardianship system and allow women to obtain passports, travel and work without securing the permission of a male relative, represents major progress for the Kingdom!
More of this!

Having autonomy to travel at their own leisure is instrumental in opening up a string of other possibilities for Saudi women. These possibilities include the ability to register a birth, a marriage or a divorce, and to freely travel in pursuit of employment abroad, a development which will set into motion the rise of these women into high positions in the fields of education, finance and media. Whether these women choose to channel their work into their own country or set up camp elsewhere, Saudi Arabia will undoubtedly come to realise the profound potential of independent female minds – something they had not only deprived these women of, but also themselves. Simply put, the right to mobility is vital.

But even more important was the pressing need to put an end to the degrading, dehumanising practices that women had to endure in order to avail even the simplest of opportunities. Often having nothing but a page in their, in most cases – husband’s passport, they were legally unable to seek medical care, apply for scholarships, rent a house, or even leave prison without their consent. These shackles merely scratch the surface of the primitive mindset and unwarranted exploitation that reigns in the country.

The unsettling combination, however, of exploitation and emancipation that appears to be the unique ruling style of Mohammad bin Salman, makes charting a likely course for the future of the Saudi feminist movement a difficult task. A fitting and highly ironic example here would be that the majority of women that were the force behind the campaign which led to these recent developments are behind bars for these very activities. The likes of Lujain al Hathloul, Samar Badawi and Nasima al Sada are some of the prominent women who have risked their own safety in an attempt to fight for equality. Others are barred from leaving the country, while some of the luckier ones managed to find asylum elsewhere.

Saudi Arabia just granted women the right to travel without male permission. But women's rights activists there are still in prison for protesting for equal rights.pic.twitter.com/Q3yH3f4p2u

Happy 30th birthday to Loujain al-Hathloul! Today you should have been behind the wheel not unjustly behind bars for your women’s rights activism. We celebrate you and all the incredible work you have done for #Saudi women. #Saudi govt #FreeLoujain unconditionally now! @hrw pic.twitter.com/U1tTrzDH6l

This now brings us to the loopholes in some of these changes, and unfortunately there are many. Naturally, these ripples of change and progressiveness have triggered opposition from those who fear a transition from a culture of inertia and rigidity. Therefore, there is a considerably large probability that the conservatives in power with influence over law-making will silently work behind the scenes to have the decision either reversed or blunted once the current fervour dies down. Secondly, simple yet effective hurdles for genuine implementation can be erected at any time at the regime’s will. For instance, when driving was legalised for women, the issuing of licenses was delayed for months at a time, meaning that the rapidity of the change was greatly reduced.

But the worst deterrent of all for real change comes not from within Saudi Arabia, but beyond, from something we like to call the emblem of globalisation and modernity: tech companies.

Google recently approved for sale a Saudi government app called ‘Absher,’ which men use to track the movements of their wives, sisters and daughters by setting up SMS alerts for whenever they use their passports or leave a certain area, allowing them to rescind permission to travel. The app is owned and operated by the Saudi Interior Ministry and has been downloaded approximately one million times. Echoing of disturbing and archaic principles that have no place in today’s world, this serves as yet another example of how arduous it is to root out all the hindrances to true equality. Apple is also just as complicit, obstinately continuing to host the app despite criticism from human rights groups, members of the United States (US) Congress and the international community at large. These tech giants need to put their profit motive second to facilitating the Saudi feminist movement in order for this practice of relentless tracking to end.

In a nutshell, an authoritarian choke-hold coupled with constant inertia to change, from within and without, is going to prove to be a colossal deterrent to achieving something sustainable and lasting. But then again, the time is ripe to milk the determination of Salman to reform the nation, regardless of how mercurial he may be. The Saudi feminist movement has displayed an incredible combination of organisation and diversity, giving a voice to all those suffering from inequality across the spectrum, and serving as a primary source of communal solidarity and immediate help for victims. No amount of repression has been successful in stamping it out.